Malaysian builder Shirley Yoong brings us this amazing Modular-style LEGO store. Built with a yellow and black theme, it features an almost classical Art Deco grand facade. It feels as though it were a residence, such as an apartment building, now transformed into a modern store with steps leading up to the front entrance. Consisting of approximately 3,000 bricks, it’s sized to be placed amongst the official LEGO Modular series like Assembly Square, and the builder says it took roughly a month to design. 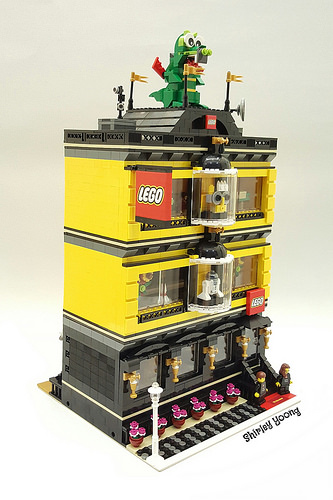 It’s not just a pretty facade, though. The interior is packed from top to bottom with details.

From the outside, the second and third levels feature unique display windows that protrude out from the main facade. At the top of the building is a representation of LEGO’s unofficial Brickley green dragon mascot. 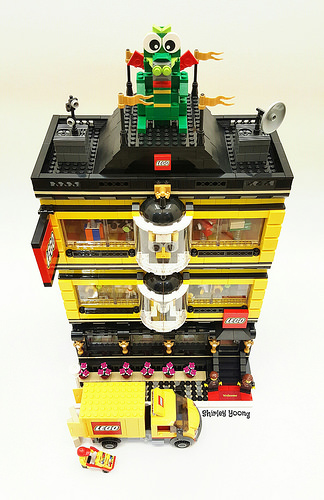 Before we peek inside, the back of the store features a storeroom and loading dock, including some nice detailing of air conditioning compressors. 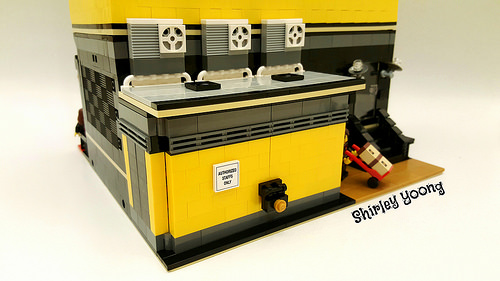 The inside of the store room contains brown cartons filled with LEGO stock. I love those simple, cute, custom LEGO stickers. 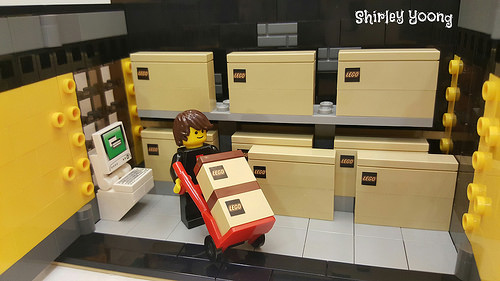 Stepping into the store of the ground level reveals a Pick-a-brick wall together with shelves of Modular theme sets. A cashier counter is also placed at the entrance. 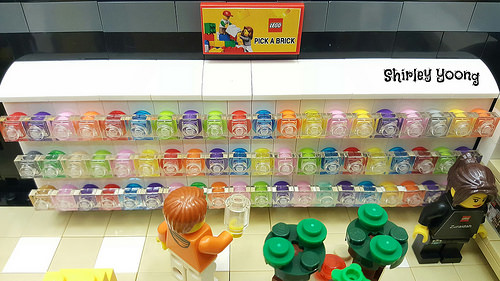 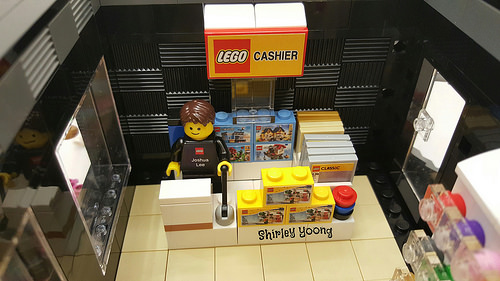 The second floor features shelves of sets from various themes, each bearing a meticulously scaled-down version of the box art, applied as a custom sticker. 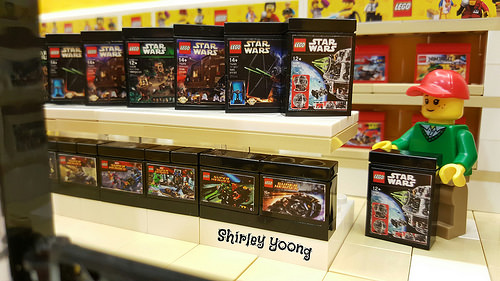 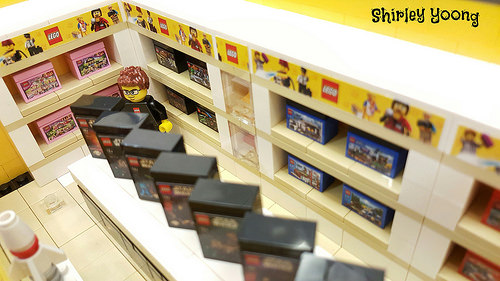 These tiny Creator buckets are just perfect since, of course, the real sets come in giant yellow brick-shaped containers. 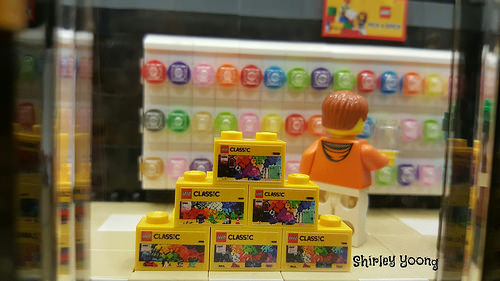 The top floor consists of a play zone similar to ones found in many physical retail stores. Just in case you missed it, LEGO store staff dressed in black are positioned throughout the store manning the various sections, and each has a unique name on their chest, just like the official “minifigure business cards” that LEGO issues to many of their staff. 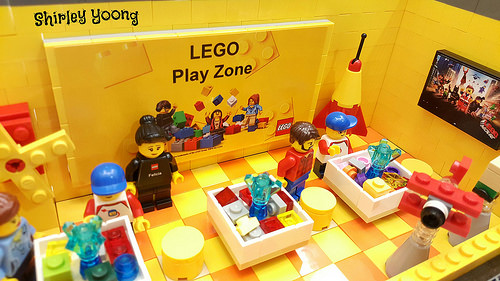