2017 has been a fantastic year to be a LEGO Star Wars builder and collector. As we celebrate the release of The Last Jedi in theaters today, we’re asking ourselves what the best LEGO Star Wars sets released this year have been. Since several of the sets in our best LEGO sets of 2017 list were Star Wars sets, a couple of these won’t be a surprise. LEGO released dozens of Star Wars sets this year, and although we’ve only reviewed about 10 sets so far, we have built many of the rest. For sets we haven’t reviewed here on TBB yet, we’ll include a brief mini-review. Let’s dig in!

The excellent minifig-scale 75155 Rebel U-wing Fighter set included a pilot minifig who wore a standard Rebel pilot helmet. However, the U-wing pilots in Rogue One actually wore unique helmets reminiscent of helicopter pilot helmets. So, for a paltry $9.99, you can buy 75160 U-wing in Microfighters form and pick up the one accessory that should’ve been in 75155. Still, this is a wonderful little set on its own merits, with a fantastic minifig (I believe I’ve already mentioned his headgear…) and a nicely miniaturized U-wing built from a mere 109 pieces. 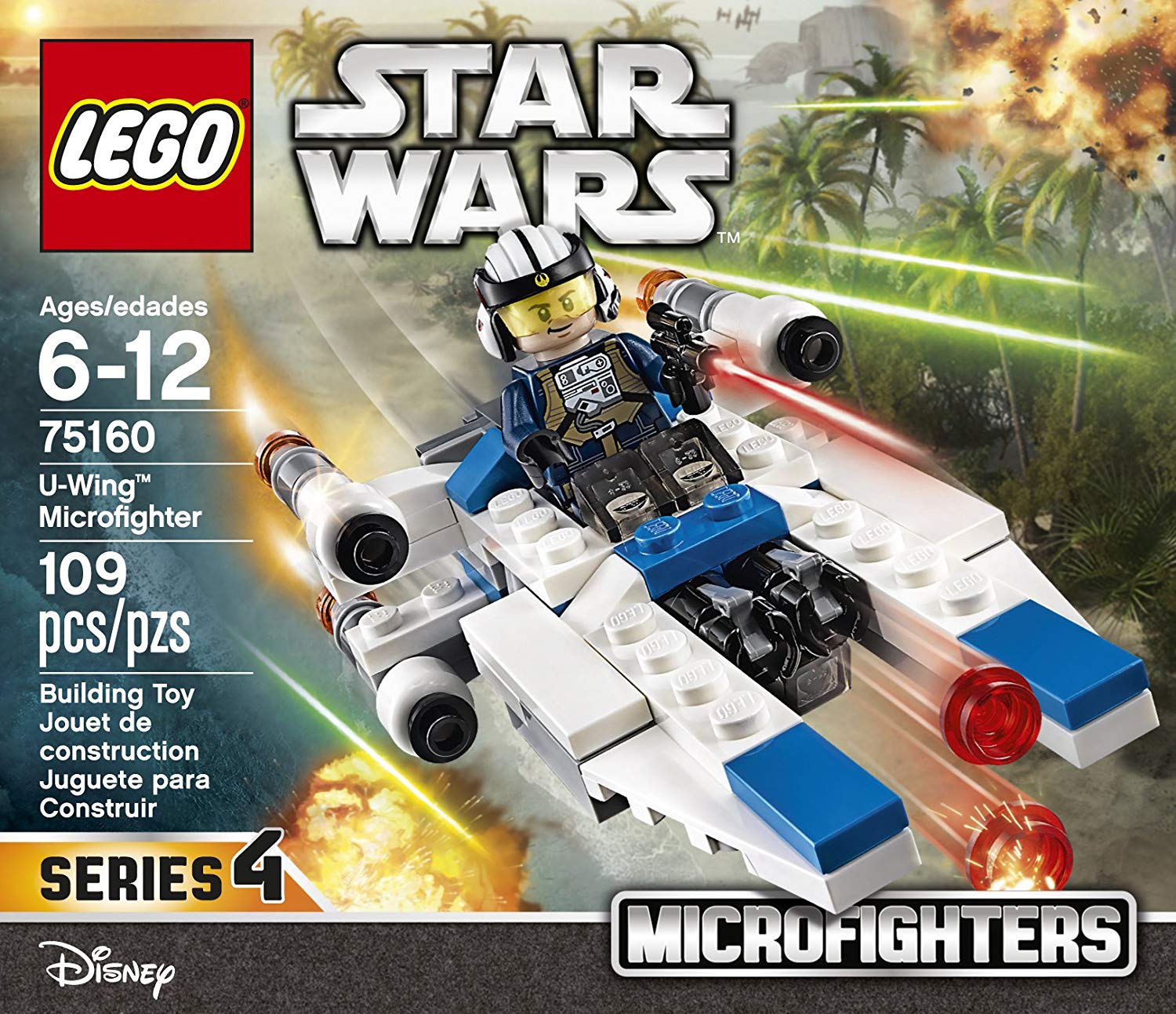 LEGO is notoriously stingy about doling out unique characters in large sets, while the Battle Packs have mostly been army builders with multiples of tertiary characters (like generic clone troopers or stormtroopers). However, 75167 Bounty Hunter Speeder Bike Battle Pack includes a fully redesigned Bossk, brand new 4-LOM, and a new printed piece for IG-88. Oh, and Dengar, for some reason. Despite my criticism of the inclusion of old Mr. Head Wound, stud-shooters for weapons, and the basic design of the non-canon vehicle, this set really is a fantastic way to get several iconic minifigs plus a handful of azure parts (125 pieces overall) for just $14.99. 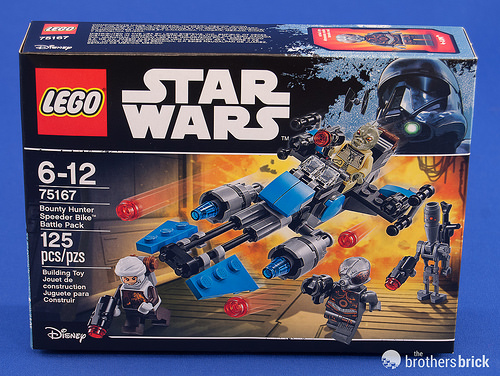 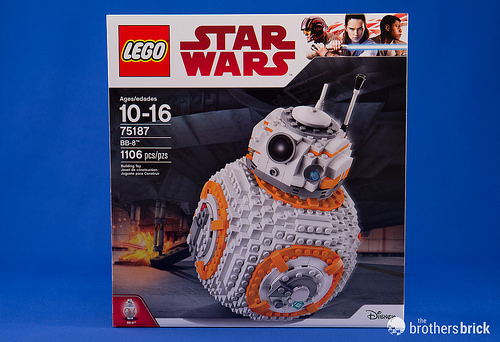 Released a couple months ahead of the movie, we just reviewed 75188 Resistance Bomber last week. While the price-per-part ratio isn’t great at only 778 pieces for $110, it’s a solid, interesting build with 5 highly useful minifigures. 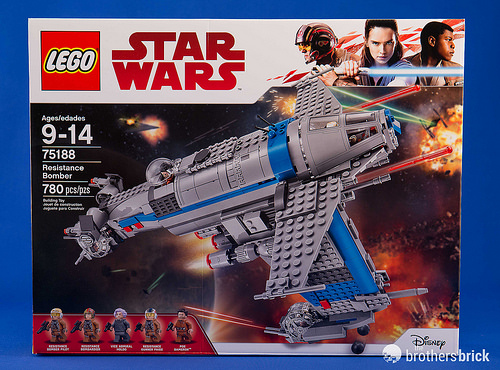 18 years into its indefinite run, the LEGO Star Wars theme continues to produce redesigns of previously released Star Wars vehicles and locations. There are some adult collectors who complain about this, forgetting that the average 9-year-old born in 2008 hasn’t been collecting LEGO Star Wars sets since 1999. Particularly after doing the research for Ultimate LEGO Star Wars, I’ve come around to the perspective that redesigns are not only necessary for each new generation of kids, but these re-releases generally improve on the designs with each iteration.

75173 Luke’s Landspeeder is the fifth incarnation of the SoroSuub X-34 landspeeder, and arguably the best so far. To quote myself from the book, “The latest X-34 landspeeder set retains much of the design from the 2010 version and the colors of the 2014 version.” It adds unprinted R5 droid domes to the engines, curved corner tiles to the front deck, and makes the redesigned Tusken raider available again (after its first appearance in the T-16 Skyhopper set from 2015). The set includes four minifigs in total, with 149 pieces for $19.99. 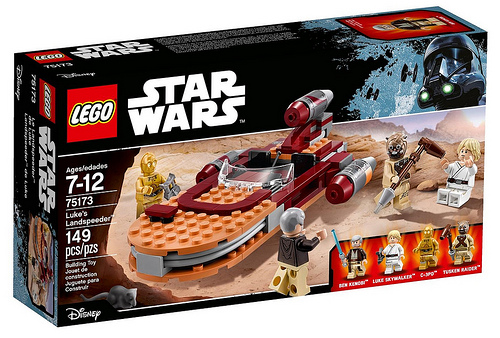 As an added bonus, here’s a behind-the-scenes look at the team effort it takes to create a LEGO set review here at The Brothers Brick (filmed “back stage” at Emerald City Comic-Con earlier this year).

Building on the new design for LEGO A-wings first released with 75150 Vader’s TIE Advanced vs. A-wing Starfighter (depicting the early A-wings seen in Star Wars Rebels), 75175 A-wing Starfighter is the sixth version of the nimble Rebel interceptor. The set includes the new fin pieces, and to quote Chris, “Its redesigned engines are the first to not utilize the classic six-stud-long round engine piece introduced in 1999.” I like this set because it includes a new Lando Calrissian minifigure along with a new A-wing pilot and ground crew (with a new-style baseball cap). At $39.99 for 358 pieces, you’re paying the usual licensed set markup, but it’s a truly slick A-wing design with great minifigs that’s well worth it for any Star Wars builder. 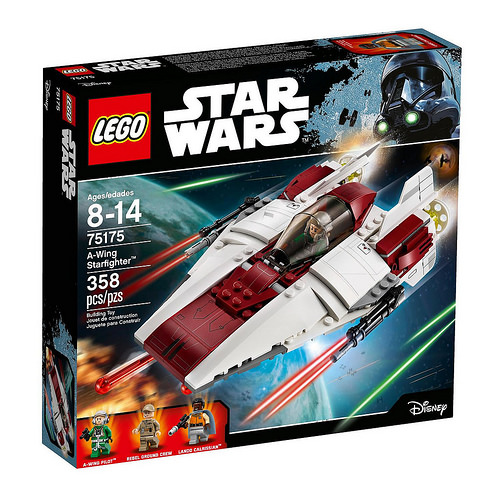 The first of two Ultimate Collector’s Series LEGO Star Wars sets released in 2017, 75144 UCS Snowspeeder clocks in at a massive 1,703 pieces for $199.99 (with a pair of decorative minifigs for the vehicle’s display stand). We thought it was a bit over-priced, but there’s no denying that the set improves on 10129 UCS Rebel Snowspeeder from 2003, with Chris calling the finished model “killer.” 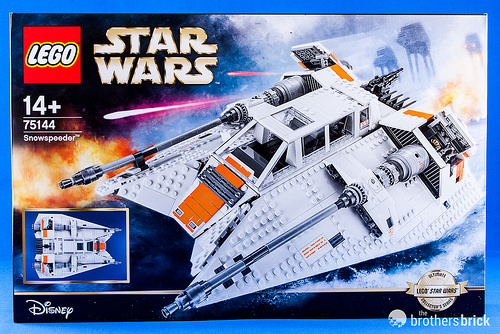 Depicting the Blue Squadron bombers seen in Rogue One, 75172 Y-wing Starfighter is the fifth incarnation of the venerable multi-role fighter. Easily my favorite Y-wing in 18 years of LEGO Star Wars, the set is an absolute steal at its retail price of $59.99 for 691 pieces with 5 minifigs. I love this Y-wing so much I want a fleet of them to bomb Imperial shield gates and Death Stars, and at only $47.99 from Amazon right now, it’s quite tempting to make that happen… 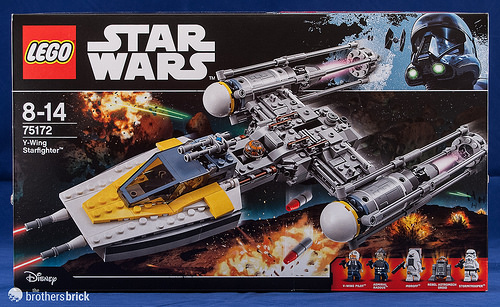 I wish everybody could go out and buy this pair of fantastic LEGO Star Wars BrickHeadz, but 41498 Boba Fett and Han Solo in Carbonite was only released to a very select group of attendees at New York Comic-Con in October, and it’s currently going for upwards of $110 on eBay (for a $40 set that was already double the normal BrickHeadz price for two characters). You can enjoy this excellent, extremely limited-edition LEGO set vicariously in our hands-on review. 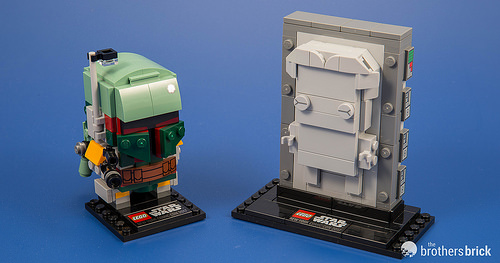 With secondary market prices for the original UCS Millennium Falcon soaring to several thousand dollars, LEGO fans have been pining for a re-release of the Falcon for years. LEGO came through in 2017 with 75192 UCS Millennium Falcon. The set isn’t just a re-release with a basic facelift; the new set ads 2,500 pieces for a massive new amount of detail, from interior compartments to movie-accurate greebles all over its surface. The largest LEGO set ever released at 7,541 pieces with 10 minifigs, the set costs a mind-boggling $799.99. Nevertheless, the set has proved so popular that LEGO is unable to keep it in stock, with a waiting list open only to LEGO VIP members since its initial release date in September. 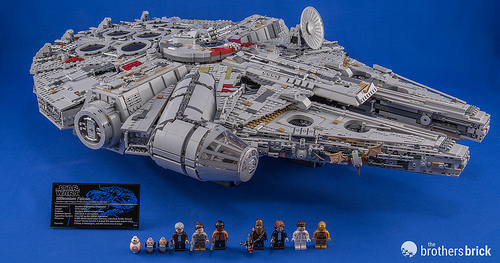 So, what did we miss? Are there LEGO Star Wars sets you’ve built this year that should be on this list? Let us know in the comments!