If you’ve watched last week’s episode of The LEGO Masters, this little build should look familiar! In the explosive space challenge, Tyler Clites and his wife Amy designed an incredible alien and bomb-toting hero sculpture to be dropped from a balcony. The duo named the creation “The Sacrifice” and the story behind it involved the hero giving up his life to destroy the alien. And in glorious fashion. The ensuing destruction as host Will Arnett launched it over the rail was indeed epic! 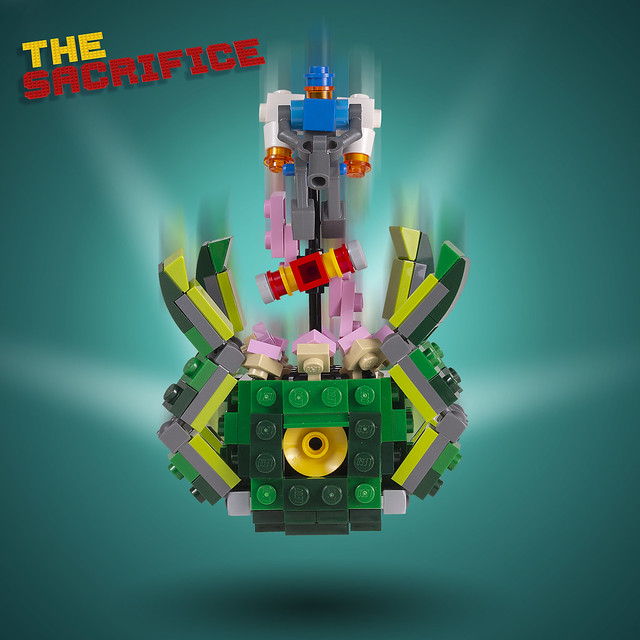 Tyler and Amy received the highest praise for their build and are top competitors moving into this week. The show airs at 9PM Wednesdays on Fox. Be sure to follow our extensive coverage! Also, check out Tyler’s Funny Farm mini build from the first challenge!