Who is watching LEGO Masters? My own viewing will be contingent on local weather, the phases of the moon, and how many episodes they’ll let me stream for free before they send me to Cable TV jail. But I was able to catch the first episode and Tyler Clites and his wife Amy are contestants on the show. Pictured here is a miniaturized version of their stunning Funny Farm, which was their contribution to the collaborative Dream Park Theme Park in the first episode. Their real-life module, as well as this littler one, imagines what would happen if animals took over the farm. While all modules needed to accommodate a monorail that traveled throughout the layout, their section prominently features an egg-drop ride because…apparently that’s how some animals amuse themselves once they take over. 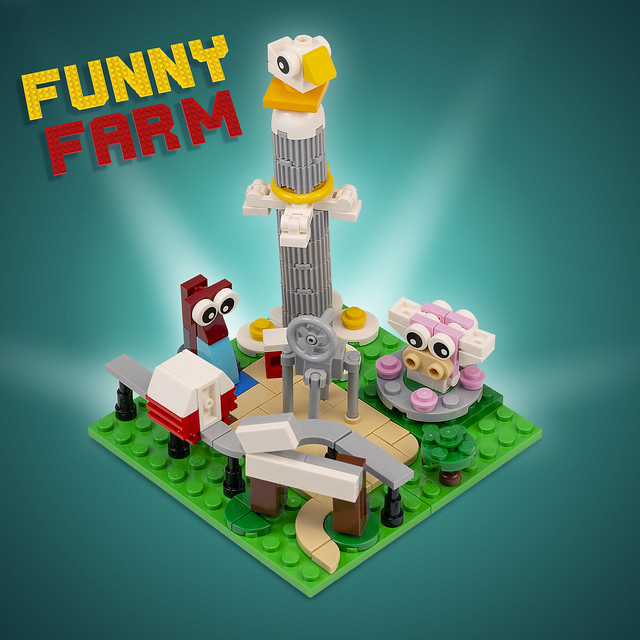 If episode one is any indicator, we’ll be in for loads more fun-fueled antics from Tyler, Amy and all the other contestants over the next couple of months. Catch new episodes Wednesday nights at 9PM on FOX or, if you’re like me, by hook or crook on streaming the next day. (Hopefully!)

While you’re at it, also be sure to check out our extensive coverage of the show.