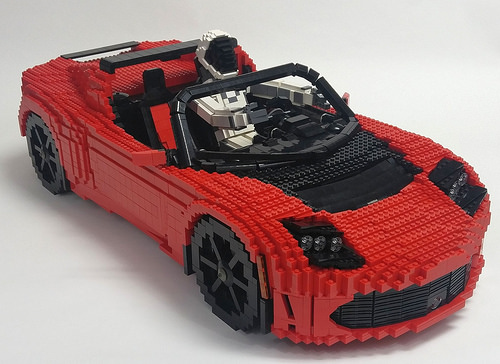 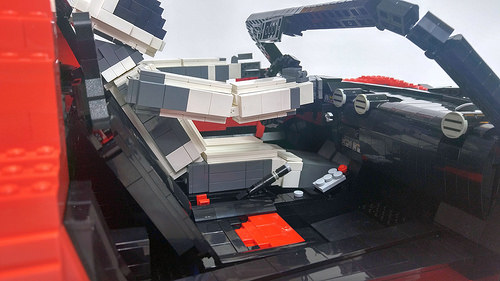 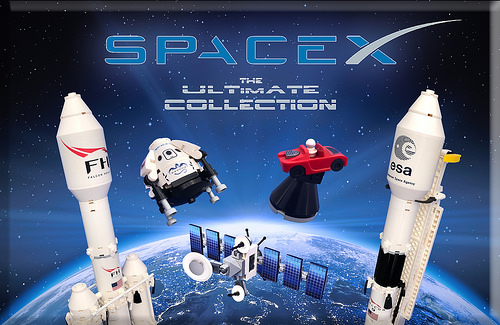 END_OF_DOCUMENT_TOKEN_TO_BE_REPLACED

Whenever a new element is released by LEGO, it quickly starts to show up in custom LEGO creations. This wonderfully detailed microscale model of the SpaceX Falcon booster landing on a mobile platform by Curt Quarquesso is a great example. Curt used two new transparent orange flame-colored parts (aka power burst bolts) for the rocket thrust and its contact with the platform. These pieces have only appeared in two sets so far: 76097: Lex Luthor Mech Takedown, and 76108: Sanctum Sanctorum Showdown. 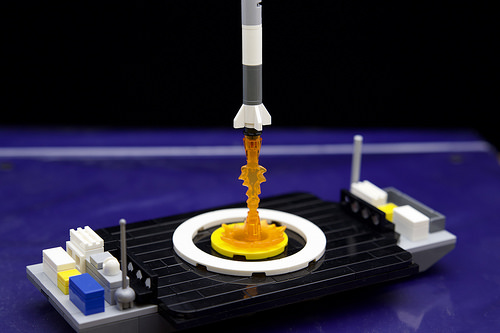 Space is dangerous. Getting there maybe even more so, what with riding a controlled explosion to overcome gravity and all. In the United States, the majority of the space flight innovations came from NASA with a significant amount of help early on from the Air Force and German aerospace engineer Wernher von Braun.

Max Schellenberg gives us an intro to modern space travel with this brilliant microscale version of a Falcon 9 landing in the Atlantic Ocean. This is adorable and I love it. 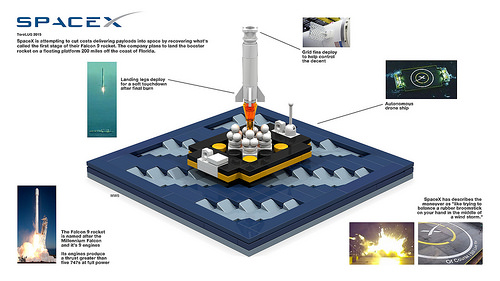 Now, there are a number of private companies developing new technology: Boeing and Lockheed Martin regularly launch the Delta IV rockets under United Launch Alliance; Boeing is developing their CST-100 crew capsule. Sierra Nevada has their Dreamchaser. Jeff Bezos has Blue Origin, for tourist space flight, launching out of Texas.

And Elon Musk has SpaceX.

Off all of these, I get the most giddy about SpaceX. Because the first foray into reusable equipment with the Shuttle program still required going and fishing the boosters out of the Atlantic, along with the orbiter returning safely to earth. SpaceX has developed their Falcon 9, capable of launching a payload into space, and having the booster return to a fixed point. Namely, their “autonomous spaceport drone ships,” the Just Read the Instructions and Of Course I Still Love You. They’ve recently leased one of the former launch complexes on Cape Canaveral Air Force Base and converted into a landing facility as well.