Paul Rizzi‘s latest LEGO creation is a lush build, focusing on a lone elf hunting a stag in the forest. The bulk of the works appears to be have put in the textured cliffs and the translucent waterfall; I especially appreciate the implied motion of the water as it rolls over the rocks on the bottom. The trees use different shades of green to add some dimensionality, and we have a mixture of brown and white bases to change things up. 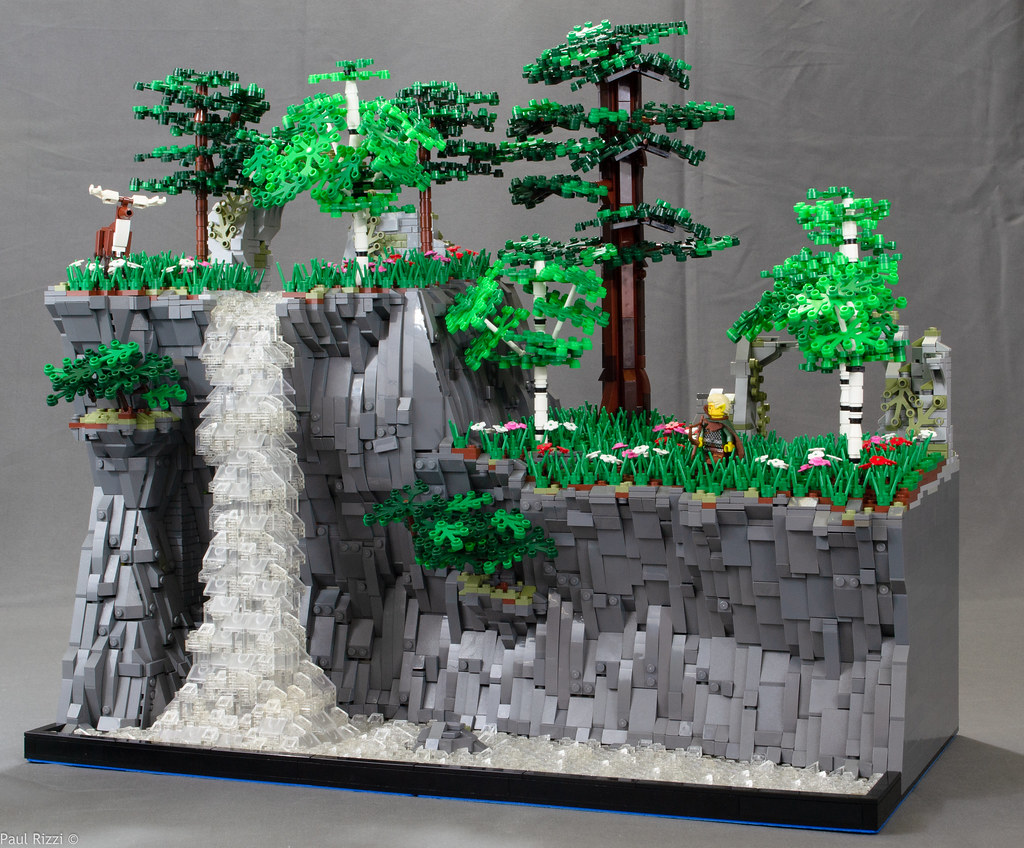 END_OF_DOCUMENT_TOKEN_TO_BE_REPLACED

While it’s more common to see LEGO models of neat and tidy downtowns that would look right at home in Disney, it takes at least as much skill to show a city in the aftermath of war. Builder Paul Rizzi has created this World War II diorama depicting the Soviet invasion of Berlin in 1945. Created using approximately 12,000 pieces, the 1/42-scale diorama’s centerpiece is a pair of large buildings that we can see were once quite ornate, before being bombed out, no doubt during the Allies’ extensive air raids. Paul has been careful not to simply build a standard LEGO building and then unbuild it partially, but instead actually provide some of the structural framework that’s typically not present in a LEGO building, such as the rafters and floor joists. The large number of scattered bricks and rubble blown from the buildings and street during the bombing, along with several large craters, give the whole diorama a sense of realism that’s sometimes missing in the “too clean” versions that many novice builders attempt. 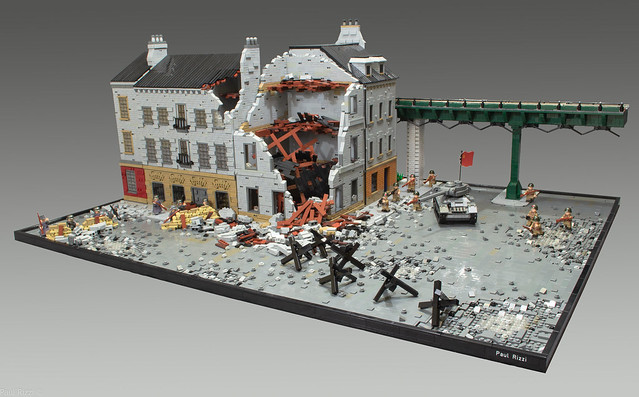 The Soviet tank, a T-34/85, occupies the right half of the diorama accompanied by a handful of Soviet infantry facing off a smattering of German troops. The Soviet forces are crossing under Berlin’s famous Stadtbahn railway, which is striking in dark green. The tank itself employs an aftermarket flag and treads, and is a great version of the angular Russian tank that formed the backbone of the Soviet machine. 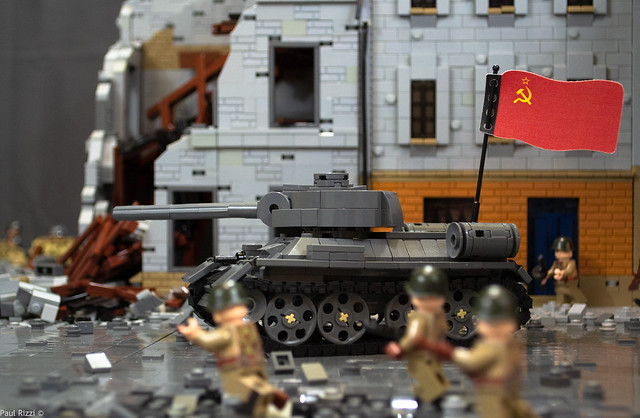