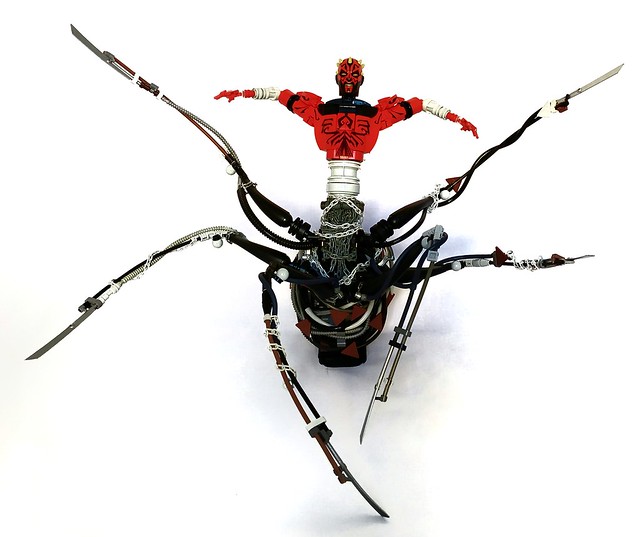 For those of us living in the Northern Hemisphere, Spring is finally here. In observance of the season, Jarema has built a small, yet elegant-looking LEGO bird returning from the tropics. It doubles as an excellent case study in how just a few parts can go a long way in modeling a subject that is instantly recognizable. Coupled with the tilted beak, black wings staggered above white wings imply we are birdwatching from beneath the clouds. 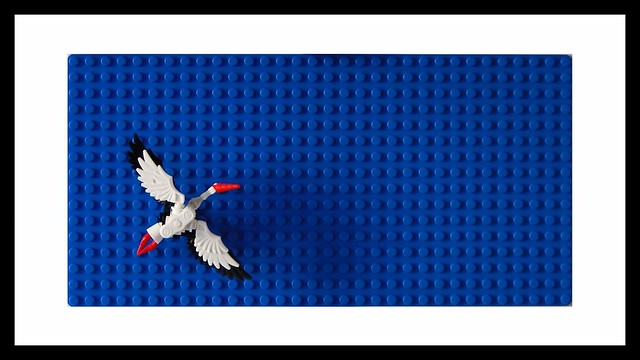 Meanwhile, the placement of each element is carefully calculated. Red crowbars make for excellent feet stretched out in flight, and the mechanical arm doubles nicely as a neck. I particularly love how the minifigure epaulette has been used to form the bird’s belly. It looks like it could hold a fish or two! 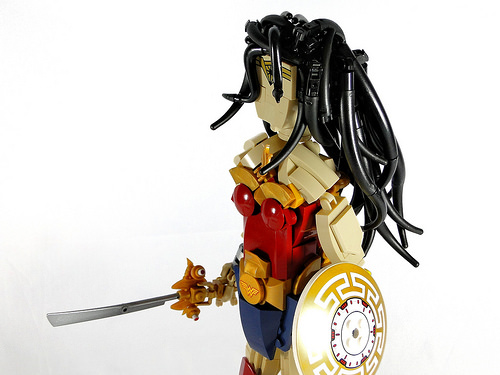