Classic mecha fans rejoice! Marco De Bon has created this stunning version of the anime mech, Grendizer. The build has a clean and smooth look to it, with hardly any studs in sight. This has been achieved through the use of a variety of curved slope pieces which also assist in recreating the humanoid appearance of the mech. At the top of the head small pyramid pieces represent short spikes of the helmet. The model even includes hooked bladed weapons which can be attached together or used individually. With the ability to strike some awesome poses, there’s not much more you could ask for in a LEGO mech model. 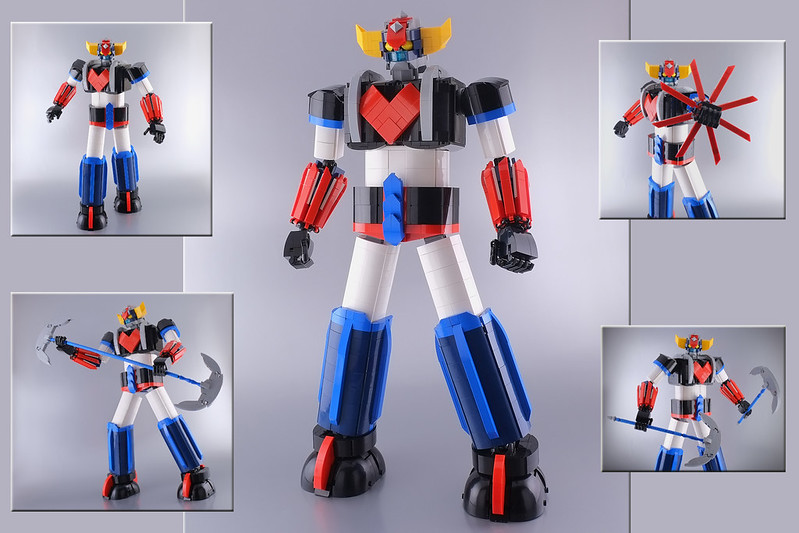 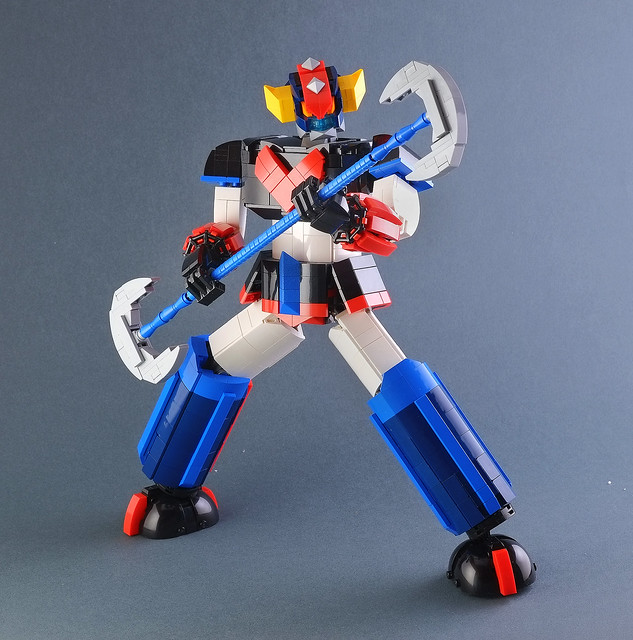