When I was a kid, pirate ships (as I called all boats with sails) were one of my favourite things to build with LEGO bricks. While I thought mine were OK, I wish I’d been able to jump forward in time and see some of Gerard Joosten’s ships, especially his HMS White Card. 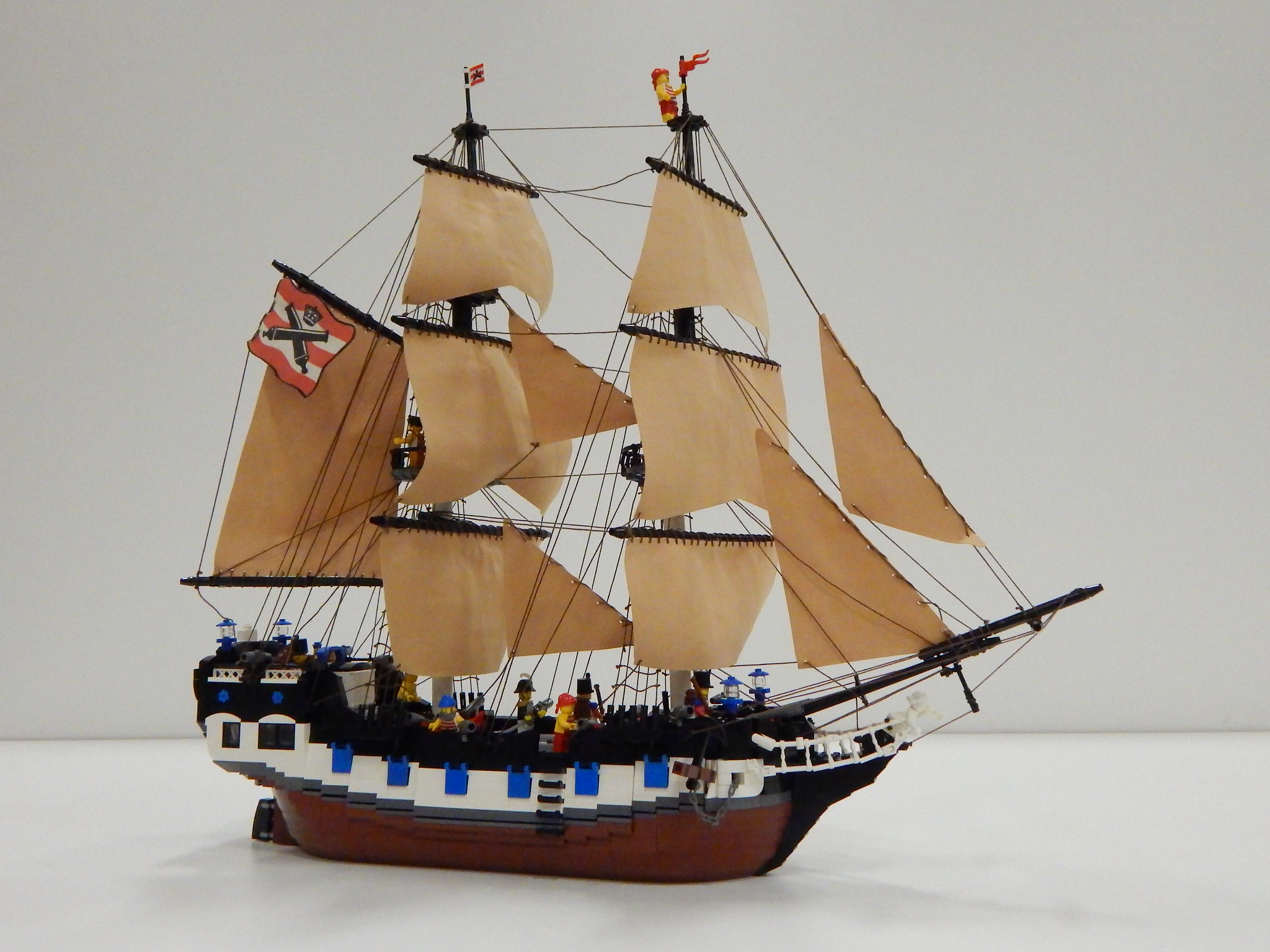 While childhood me and adult Gerard’s ships are similar in that they start at the bottom with boat hull pieces, that’s where the similarities end. Though we’ve featured his builds before, Gerard pushed himself to take his shipbuilding to another level with this one and it shows. The two aspects that jump out the most to me are the shaping of the hull and the intricate rigging. Those large sails, coupled with small details like the brick built wooden stock on the anchor cement the HMS White Card as quite the stunning ship.