The 7th annual Bricks by the Bay LEGO convention is taking place this weekend from August 18-21, 2016 at the Hyatt Regency in Santa Clara, California. You can visit the public expo on Sunday to check out the over 33,000 square foot ballroom space filled with LEGO creations and vendors. For more info and to purchase tickets, visit Bricks by the Bay’s website. 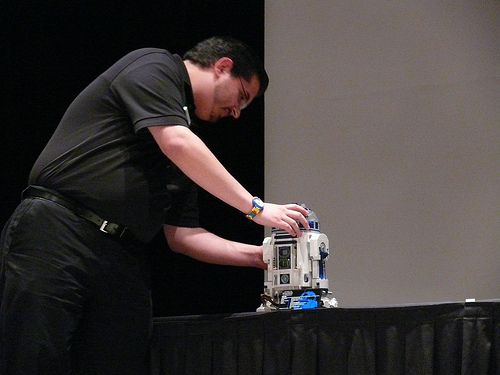 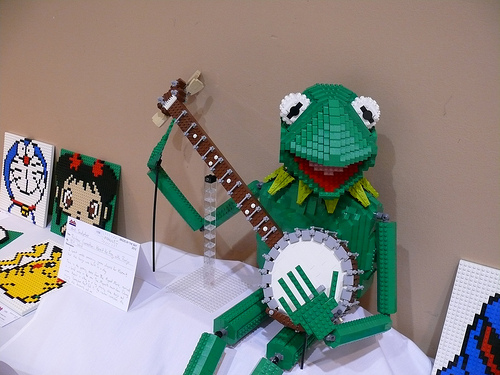 As announced at BrickCon this past weekend, registration is now open for next year’s Bricks by the Bay convention, March 16-18, 2012.

For the serious LEGO® builder we again will offer a LEGO fan convention! The event will be held Friday-Sunday, March 16-18. Benefits of attending the convention include:

The event theme this year is “Green.” It is inspired by the fact that St. Patrick’s Day takes place that weekend, but we’re not limiting it to that: any creative use of the color green, subjects relating to the environment, and of course Ireland or St. Patrick’s Day themed models are suitable. In 2010 our theme was “The Brick Artistic” and in 2011 it was “Creative Combinations.”

If you’re interested in attending the whole convention, read all about the Convention, Hotel, Registration, and Schedule, along with more information about the weekend’s
events.

Not sure if you want to come to the convention or just the public day? Read our FAQ to find out more.

Check out the Bricks by the Bay website for complete details on how to register. And don’t miss coverage of last year’s BBtB on The Living Brick. 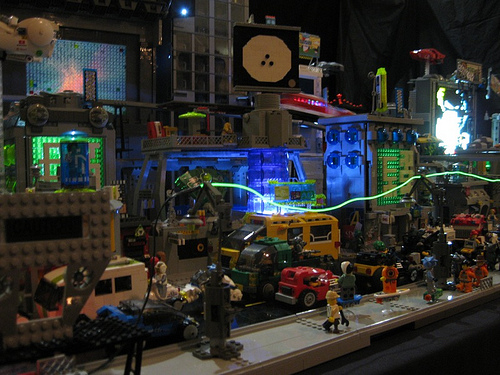 Heaps more pics can be found.

Announcing a LEGO convention for those in the Western parts of the USA.

Registration is now open for the second annual Bricks by the Bay, taking place March 25th – 27th at the Hyatt Regency Santa Clara in the San Francisco Bay Area, California. Last year’s convention was agreed to be a great success by all who attended, and this year’s takes place at a new venue with over twice the space! Also, this is the same weekend originally planned for Brickfest 2011 (now cancelled) so if you had planned to attend Brickfest, consider making a trip to California instead. Registration is capped at 400 attendees and almost 100 have already signed up, so register now to secure your badge. Early registration discount offered until February 25th.

For more info check out the Bricks by the Bay site. There is also a call for presentations; if you’re interested in hosting a talk, break-out session, or special activity, contact Paul Sinasohn here.

While pictures and other such “on the ground” reporting are still scarce, cnet.com has posted this fantastic slideshow of photos with interviews with fans and the community coordinator, Steve Witt.

If you’re in the Fremont, CA area tomorrow, the public exhibition is Sunday, April 11 from 10am to 4pm at the Fremont Marriott Silicon Valley. Admissions is $5; ages 2 and under are free!

The San Francisco Bay area in California is hosting a new LEGO convention later this spring called Bricks by the Bay. The event will be held in Fremont on April 9-11, 2010.

You can now register for Bricks by the Bay on their website.