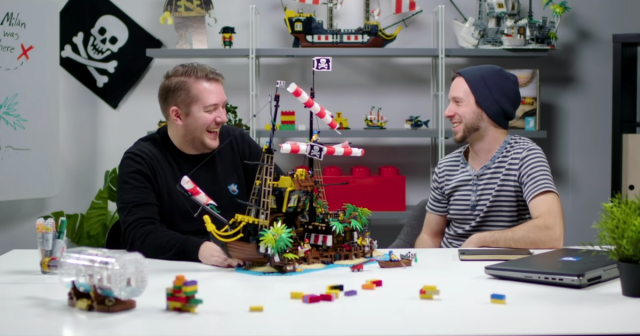 LEGO Ideas has revealed its latest fan-inspired set, 21322 Pirates of Barracuda Bay. The impressive 2,545-piece set features a shipwreck island teeming with eight minifigure pirates. As an added bonus, the set can be re-built into a fully working pirate ship. It will sell for US $199.99 | CAN $259.99 | UK £179.99 starting April 1st. 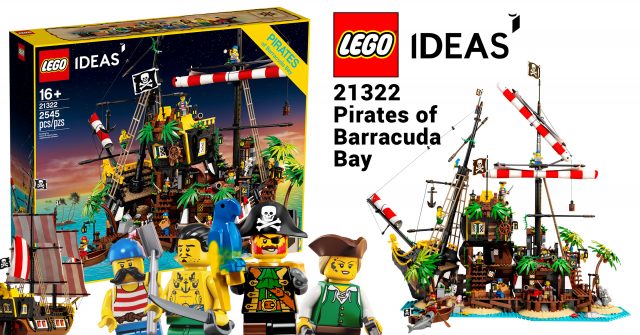 We’ve already gotten a hands-on look in our review of Pirates of Barracuda Bay. Continue reading this article for all the official product images and press release.

END_OF_DOCUMENT_TOKEN_TO_BE_REPLACED

What makes a LEGO set great for adults? Is it the subject matter, something that makes a cool display piece for your den or office? Is it the model’s complexity, a building experience that introduces you to new techniques and cool connections? Or is it simply the size, a build with thousands of parts that will take you a weekend to complete and leaves you with satisfaction when you’re done? All of these can play a role in how much we adults love a LEGO set, but there’s no surer way to capture the hearts and minds of older builders than to make them feel like a kid again. The latest model to come out of LEGO’s crowdsourcing Ideas platform is 21322 Pirates of Barracuda Bay, which we’re revealing for the first time today. It’s an island refuge made of the remains of a shipwreck, and more than any other LEGO set I’ve built in recent years, building it took me back to being a kid and getting my first LEGO sets. Unlike the tiny Pirate sets I had back then, though, the set’s 2,545 pieces ring it in as the biggest Pirate set to date, besting the relatively recent runner-up Imperial Flagship by a wide margin. It will retail for US $199.99 | CAN $259.99 | UK £179.99 and is slated to be available April 1. Here is an article with all the official product images, but we just couldn’t wait to bring you a detailed, hands-on look at the real set. 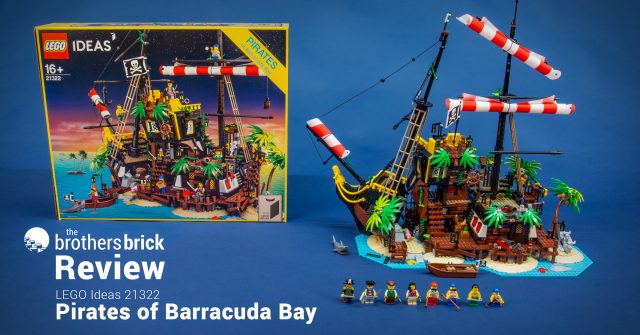 You may remember the last few Pirates themes from 2007 and 2015. They were largely solid sets; a modern take on what LEGO Pirates sets can be. But beyond some broad thematic strokes (guards vs pirates, etc) they had little tie-in to the classic theme that ran from 1989-1995, much the same as Space Police III had almost no connection with I and II. This set, however, is determined to get straight back to where it all started.

If you grew up in the 1990s, you’re probably already getting excited just from seeing the name of this set and the box with the yellow stripe. The name hearkens back to the classic Black Seas Barracuda, released in 1989, which was the very first LEGO Pirate ship and by far the most famous (and it sells for commensurately high prices, with sealed copies ranging well over $1,500). The set was so popular that it was among the first sets for LEGO to ever re-release, with a nearly unaltered version briefly gracing store shelves again in 2002. The Barracuda name here isn’t just an homage plastered on a new version of Pirates to cash in on that nostalgia. Pirates of Barracuda Bay is a continuation of the original theme. The ship that’s been wrecked is the Black Seas Barracuda (BSB), sporting a more detailed design that utilizes the last 30 years of development in LEGO elements. The pirate crew are modern takes on the original set’s crew, headed by the infamous Captain Redbeard, and weathered by 30 years of island living. But perhaps best yet, the set can build either the shipwrecked BSB or the fully rigged, ready-to-sail version.

So now that we know the set is packed with nostalgia, let’s see if the build holds up.