The great temple in the movie is actually several stories tall, and here Markus has focused on building just the first story, which served as the main hangar for the Rebel ships. But that limitation doesn’t mean this build isn’t gigantic. There’s enough space in the courtyard just outside the hangar for two dilapidated minifig-scale ships. 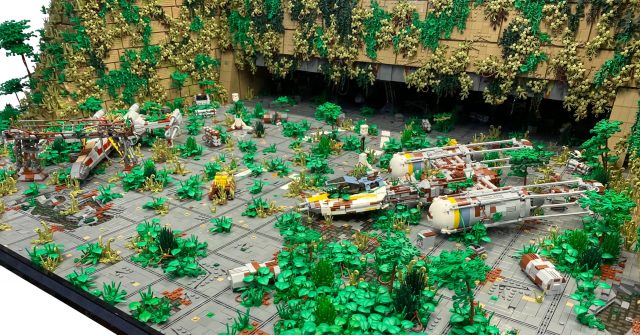 The first of the ships is a Y-Wing that now looks more like an urban garden than a spacecraft. The use of brown throughout does an effective job of making the vehicle look rusted over. There’s a lot of interesting technique being used in that front nose section, with multiple panels and even some minifig neck brackets being used. It would be great to see a pristine Y-Wing built in a similar manner. 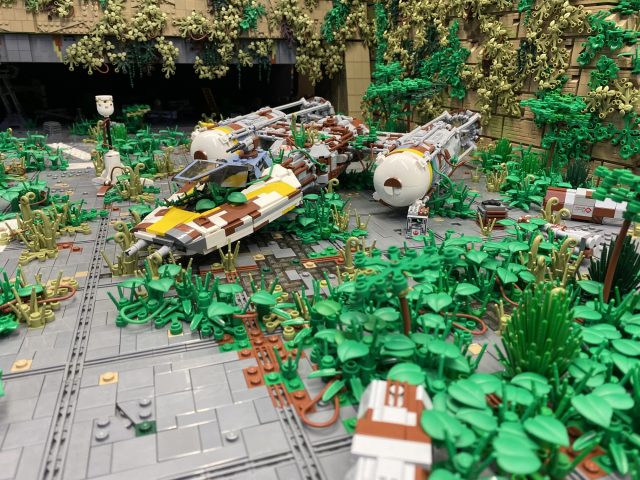 The second ship is an X-Wing that has been similarly rusted and overgrown by the local fauna. The ships being left behind is justifiable. X-Wings and Y-Wings aren’t as valuable on a planet like Hoth, and the Rebels obviously had to make some tough choices when they evacuated. But then you notice the poor astromech droid whose fate was tied to this X-Wing, and it’s hard not to feel a twinge of sadness at the scene. 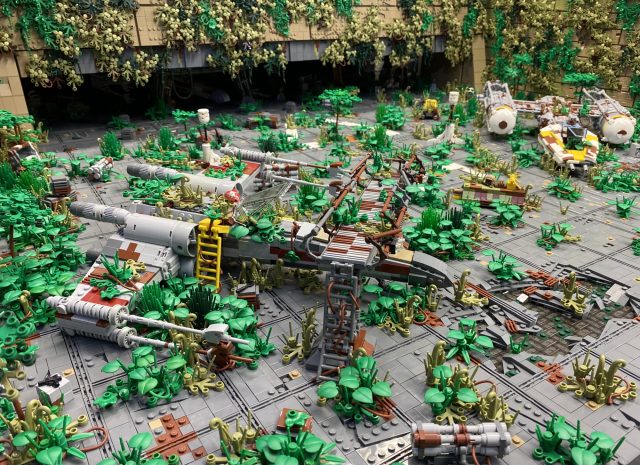 As we venture closer, we can see that these two ships aren’t the only ones left behind. The Temple’s hangar interior is filled with at least one other X-Wing, this one in better condition thanks to being more shielded from the elements. 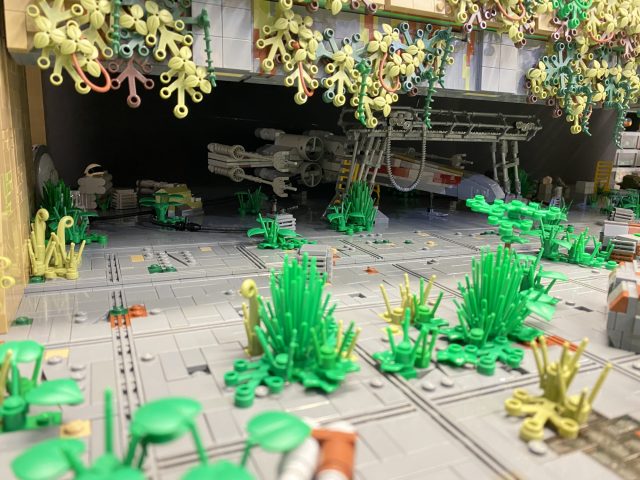 An overhead shot gives us a great view of all the detail work that Markus put into the grounds. It would have been easy to use the disrepair of the base as an excuse to scrimp here, but Markus didn’t take the easy way out. The grid created by vent tiles and the white markings on the base’s ground level add the perfect amount of realism. You truly get the sense the Massassi outpost was once vibrant and active. But war changes us all. 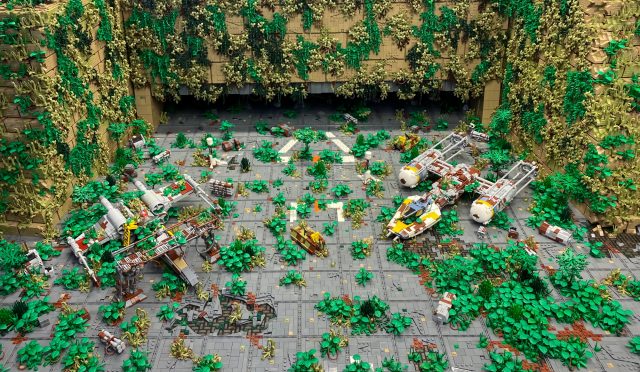