This colorful LEGO sculpture by Shannon Sproule is a pretty darn accurate recreation of a northern cassowary. It checks all the boxes in terms of color, shaping, and even size. In real life, this bird is mostly black aside from the head and it lives in New Guinea, northeast Australia, and surrounding islands. But one of the most notable things about it is that it’s giant and formidable. Its size and weight are comparable to the emu, although the emus have nothing on these guys when it comes to battle. Cassowaries are considered one of the most dangerous birds in the world. 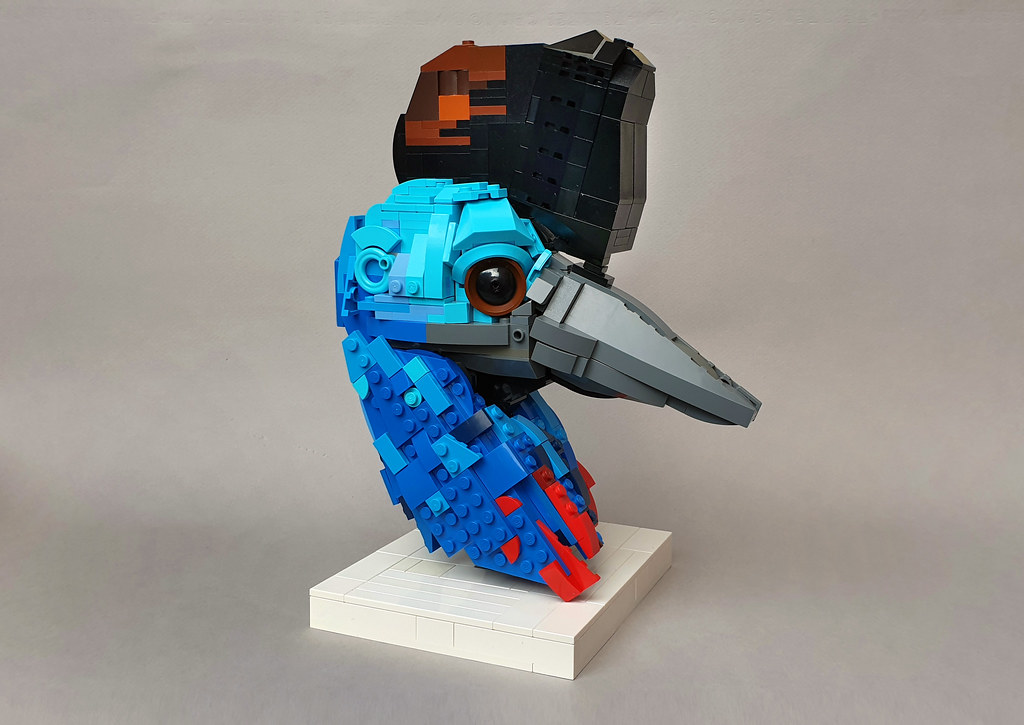 These birds are actually pretty shy and try to avoid humans, but if threatened, they’re not afraid to attack. They can kick like a kangaroo and their dinosaur-like feet have terrifying raptor-esque claws. In particular, one toe has a straight spike that can get as long as a human hand. Yikes!

One of my favorite parts of this build is how well it’s photographed. Sometimes the right lighting can really make a build, and in this case the bird comes to life with that little bit of shine on the radar dish that is used for the eye. While you’re here, check out TBB’s other articles featuring animals. Shannon’s sci-fi/space builds have also been featured on our site.