Chappie, a movie set in the scene from a crime-ridden city from 2015 is an underrated movie that deserves more attention. The interesting take of a droid that has rabbit-like ears is the Robocop-esque reboot we need. One of half of the duo winning team of LEGO Masters Australia Season 1, Henry Pinto aka The LEGO Dark Knight gives Chappie a number of new lives imagined in LEGO with variations of colours and flexible poses that any mechanical robot should ever need. 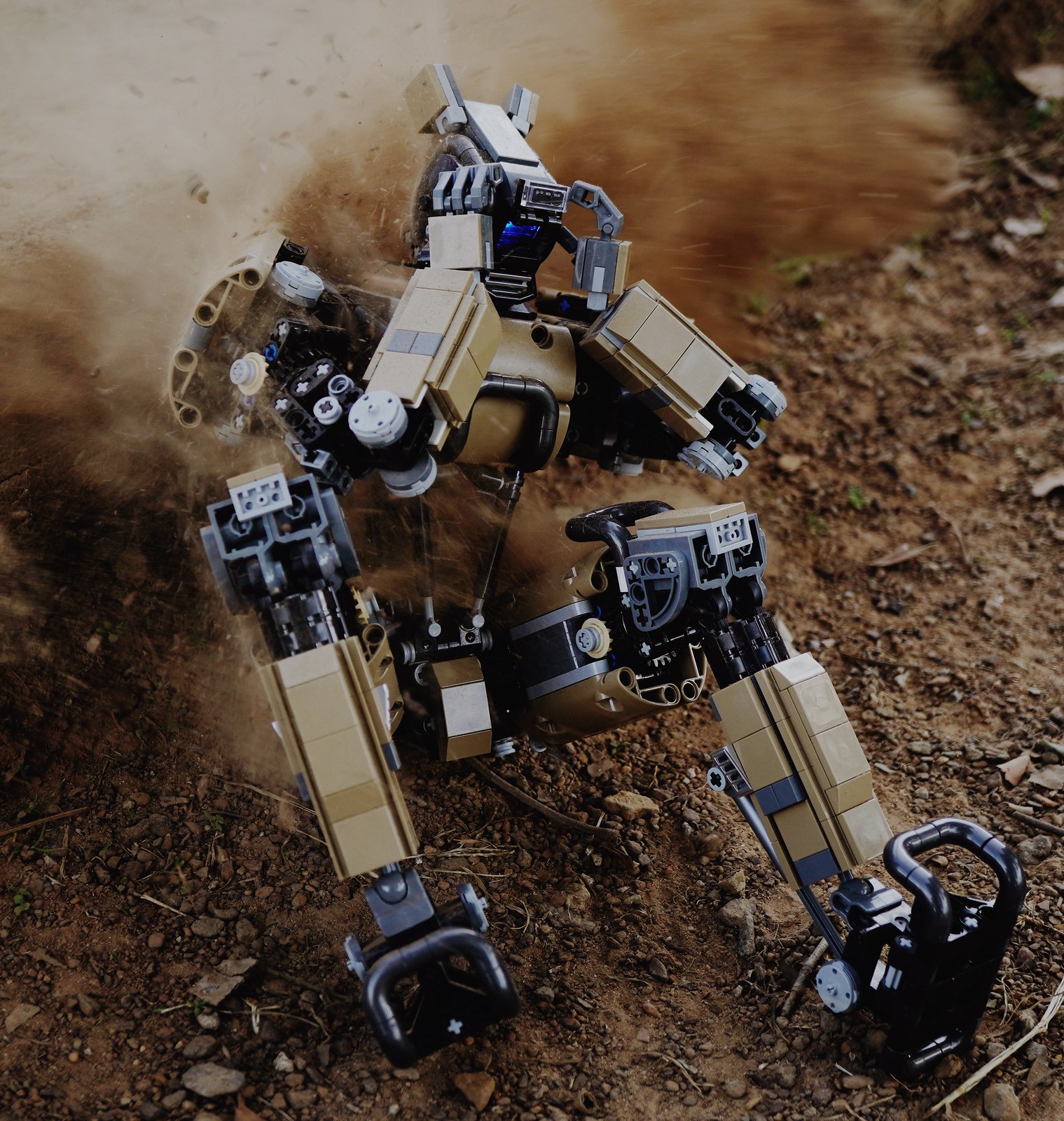 The trusty tan colour and the pose no doubt evoke a seriousness of a military-themed don’t-mess-with-me look. The articulation of the build using various LEGO technic joints and part is simply amazing. 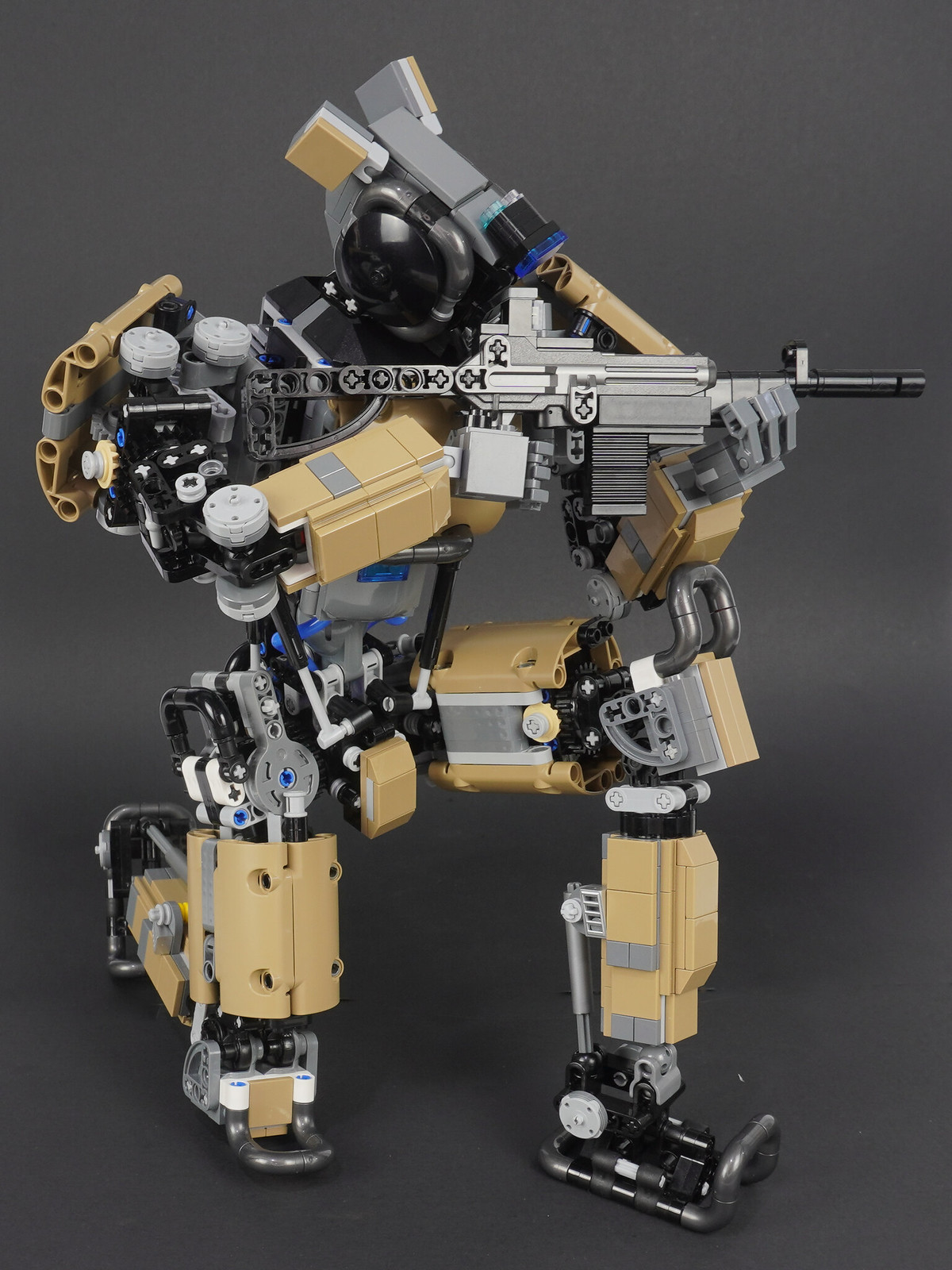 The red version reminds me of the french artist Auguste Rodin – The Thinker, but could also fit into a themed of droids deployed for rescue services. 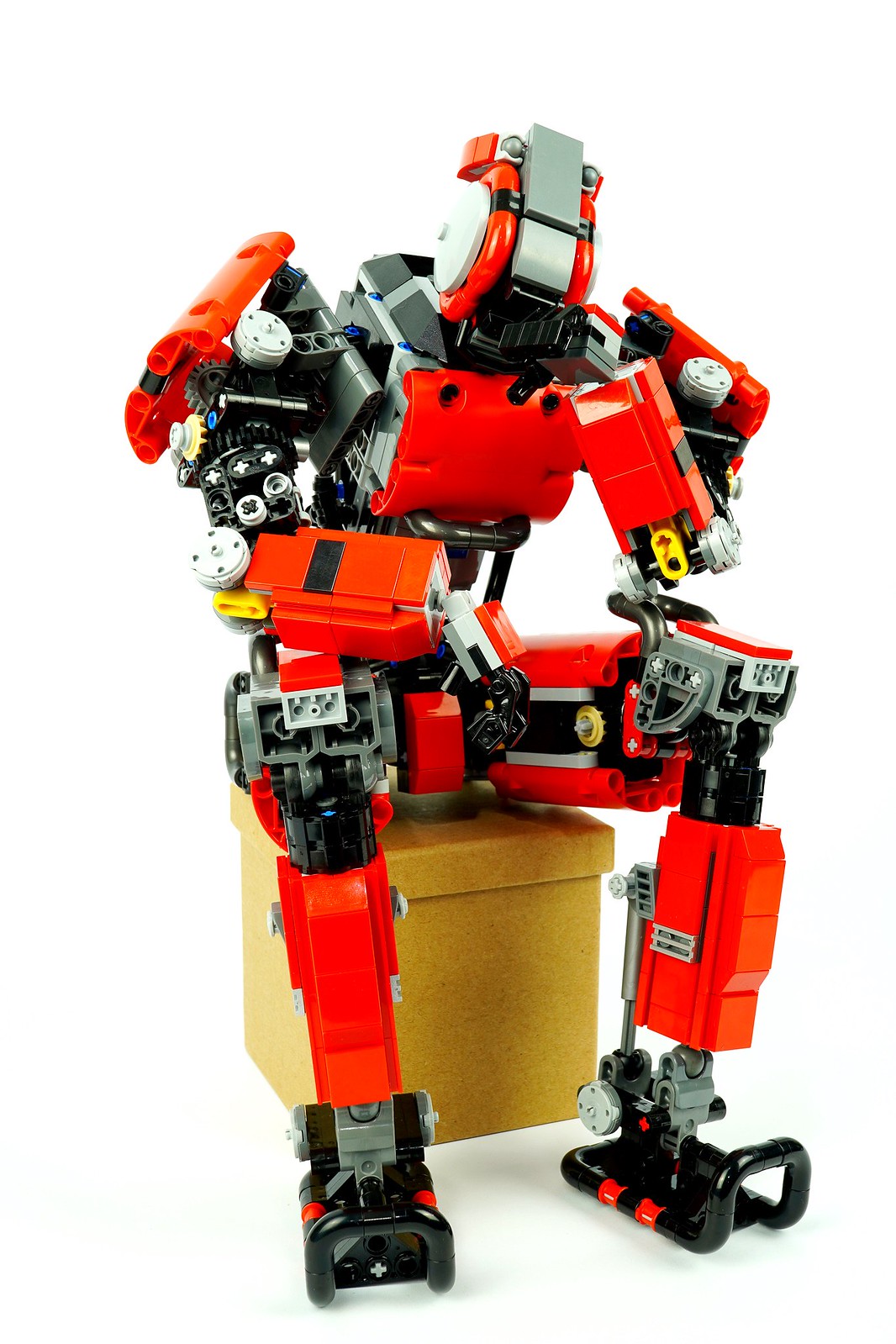 White Chappie is the depiction of the zen version of when concentration is vital towards recharging at the end of a long day. 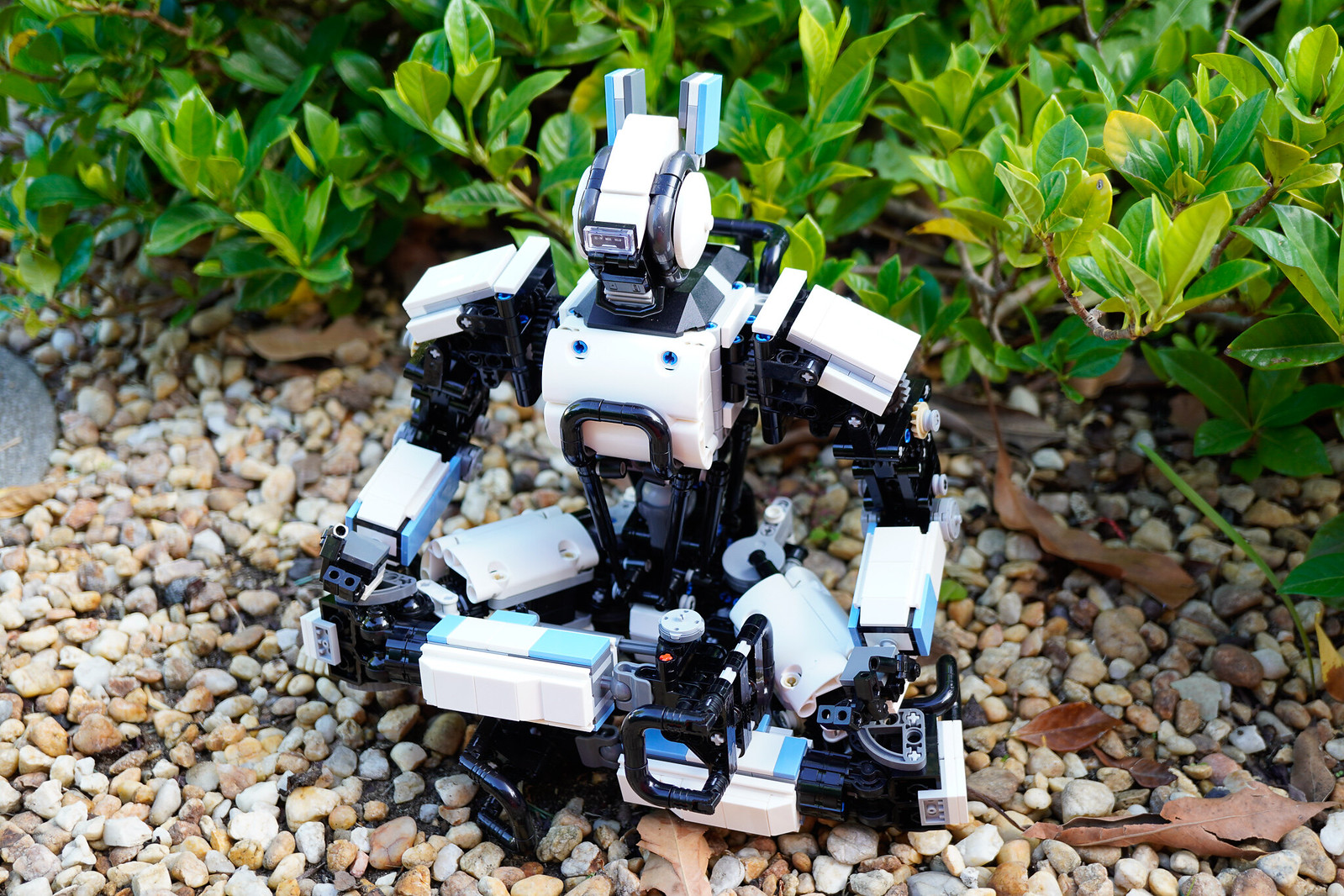 There are days when you just wish like hanging out by the pool, there’s the hopefully water-sealed IP69 version of Chappie that will take a swim to cool it down. 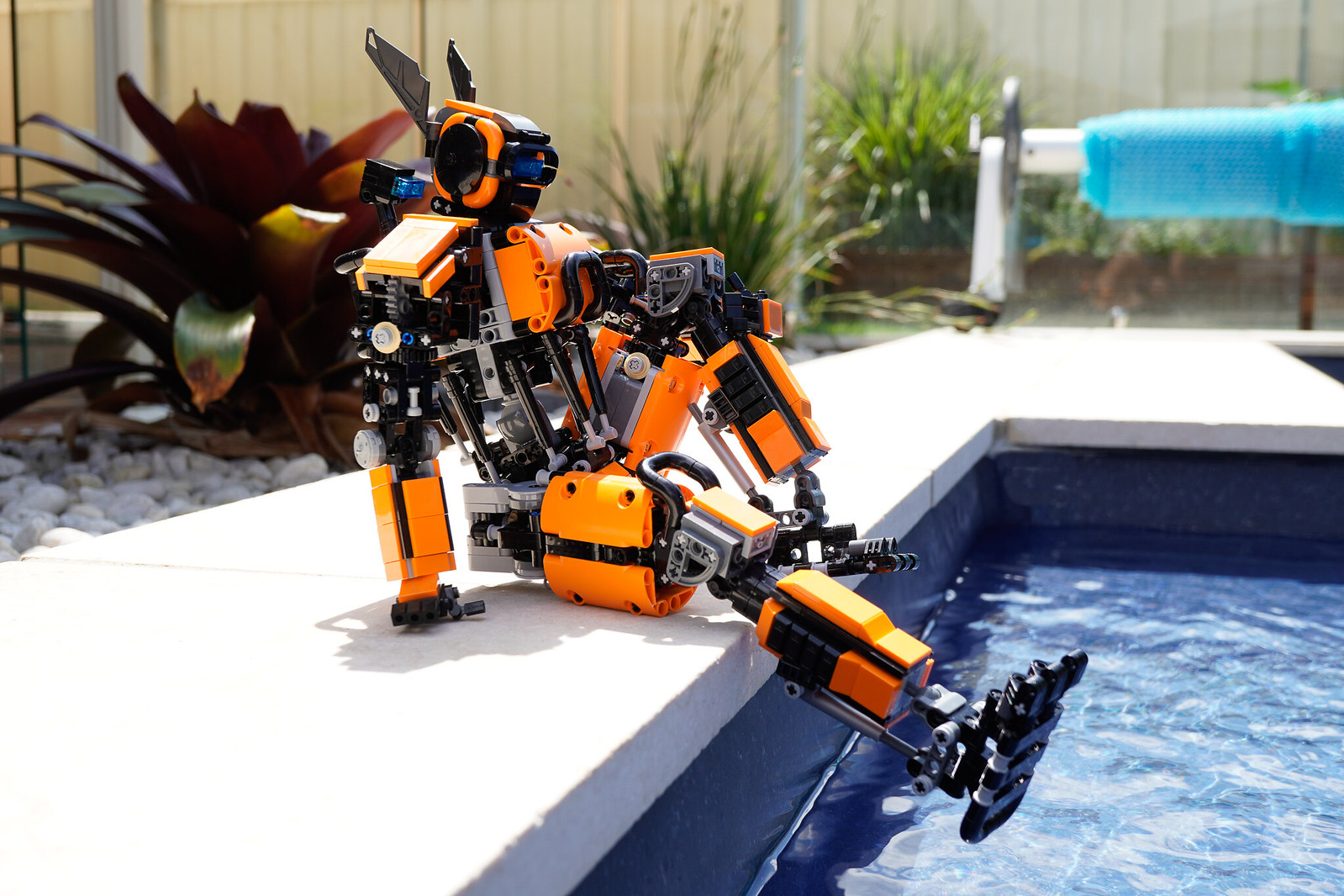 And last but not least, Chappy Green is our yoga lead, stretching it out where the regular dose of gear-oiling ain’t going to fix it where it matters. 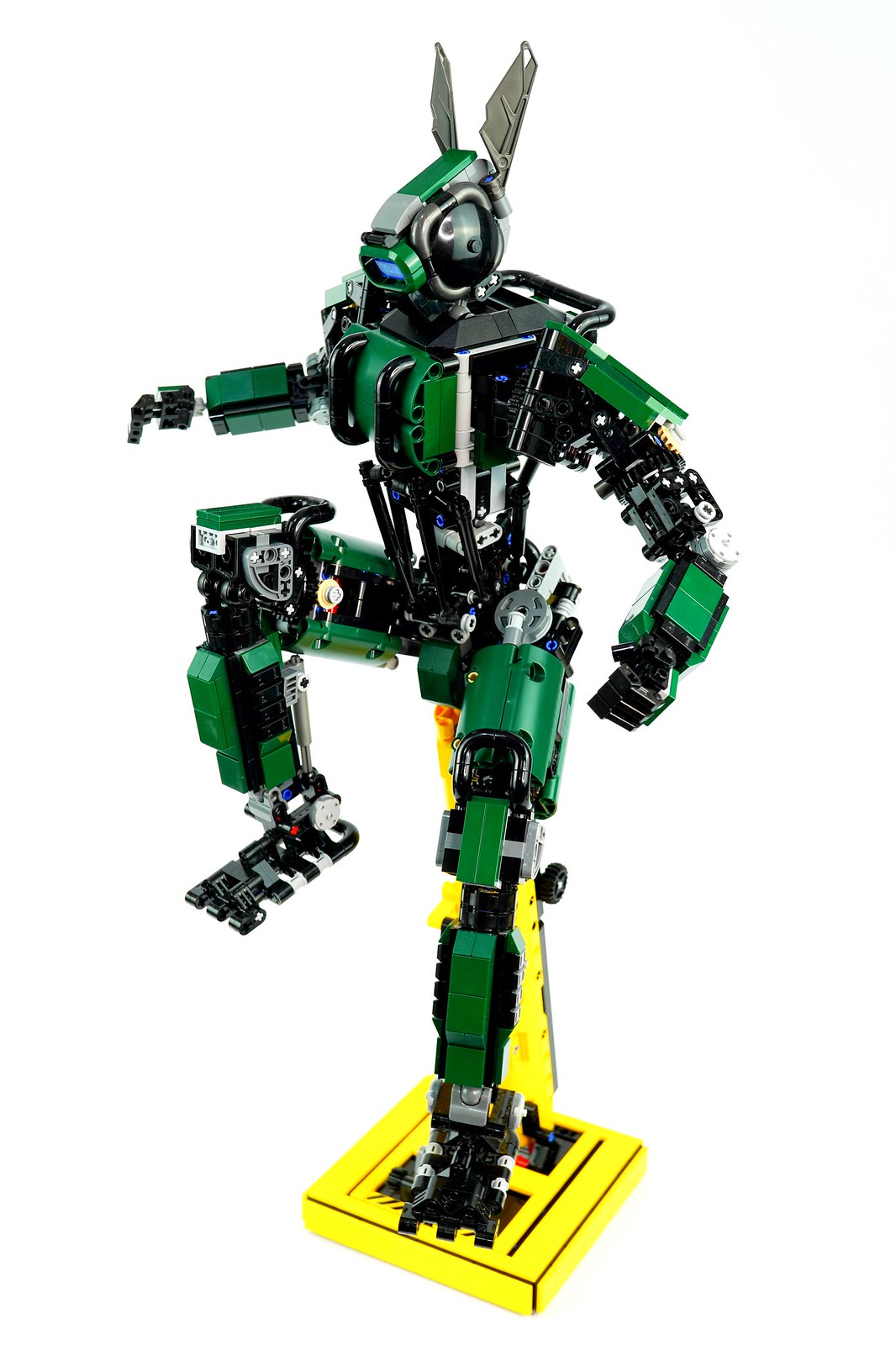 If you’ve not seen Henry’s other builds, be prepared to be floored with the gigantic Sentinel from X-Men, or the 35 inch tall Gundam.