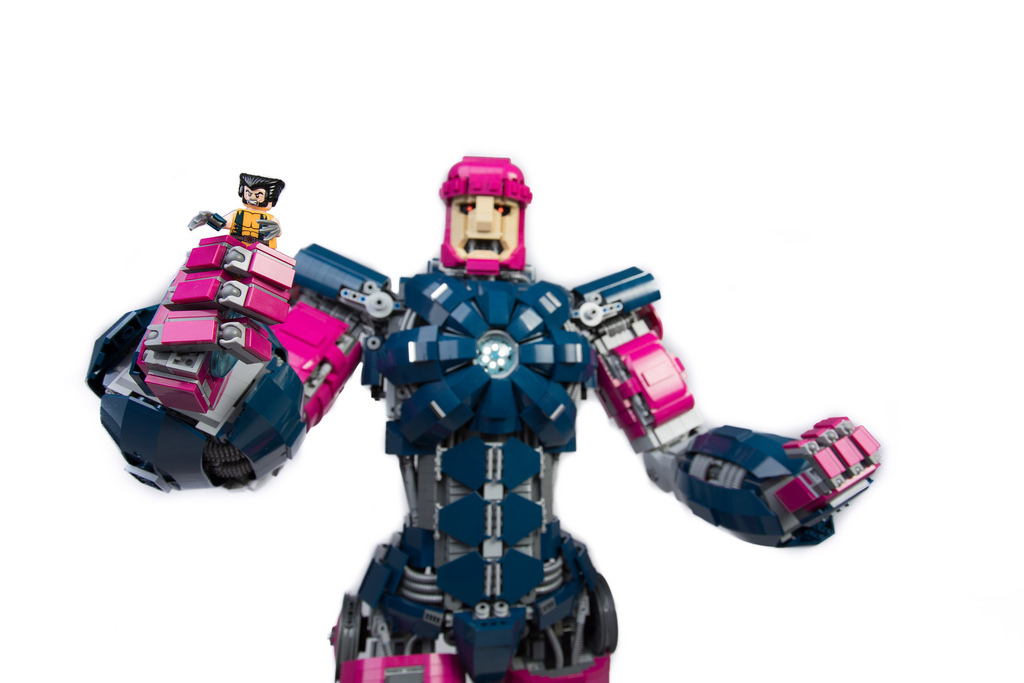 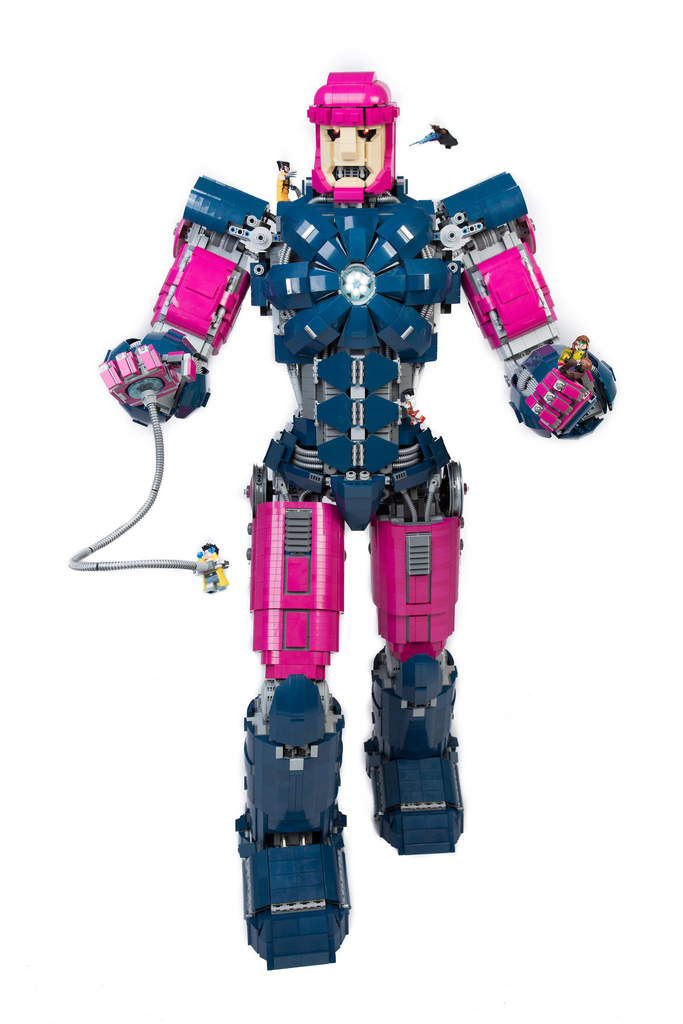 There’s a Technic battery pack at the back of the build, and 3 sets of LEDs to light up the chest, and one set providing the lights to the eyes in headpiece. The only non-LEGO part in the build is a piece of wire inside the Sentinel’s tendril, which allows it to hold its coiled shape. 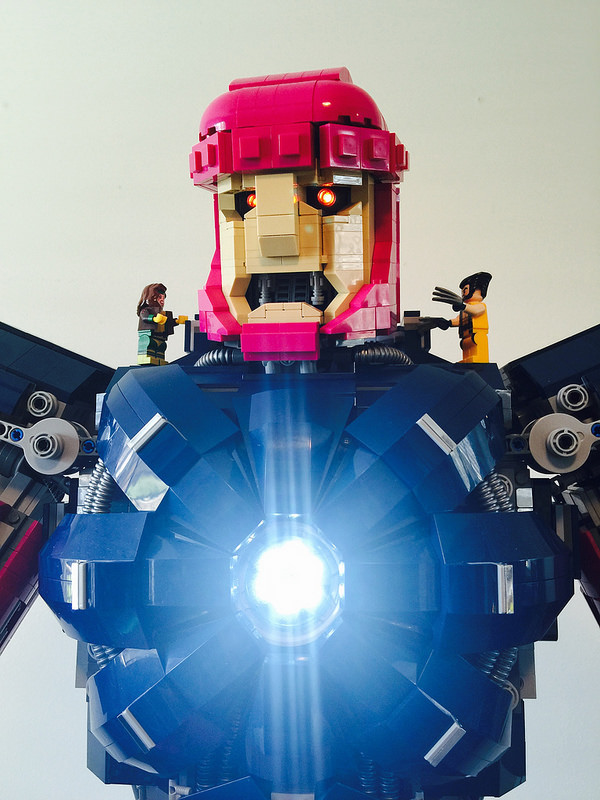 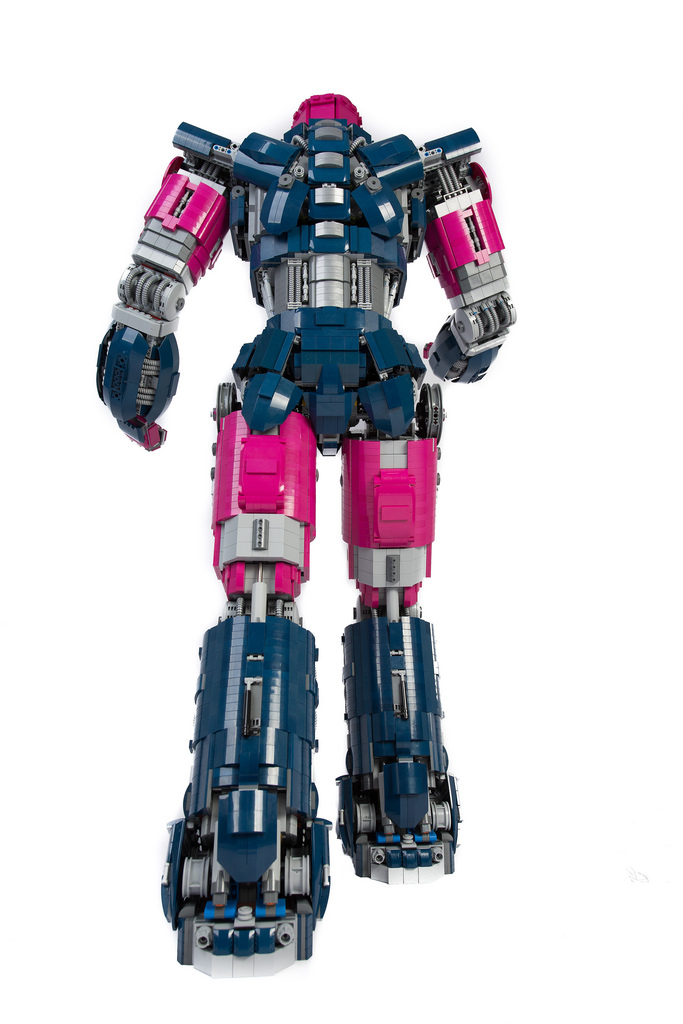 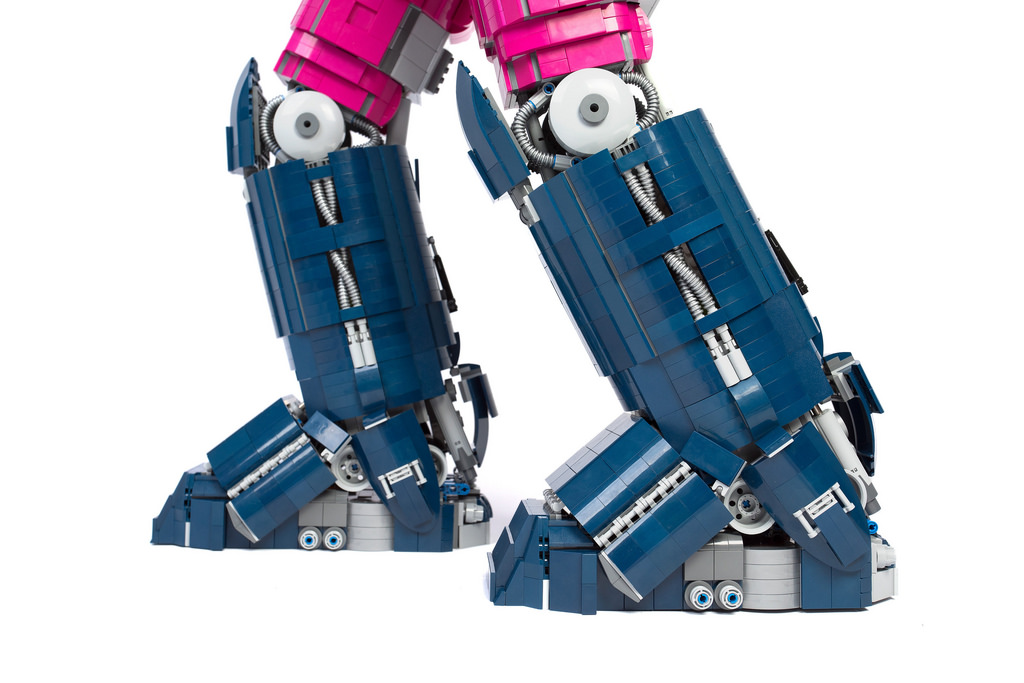 The Sentinel dwarfs Henry’s amazing custom Hulk and Hulkbuster creations, which are huge in their own right. 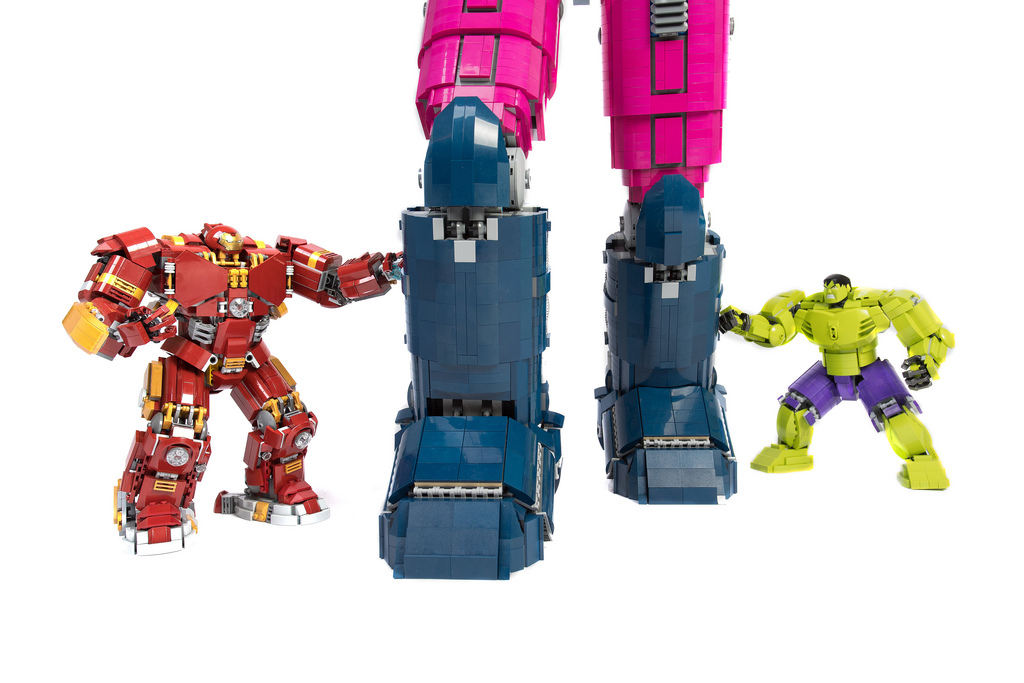 Henry’s original plan was to only build the Sentinel headpiece, which was modeled in Lego Digital Designer (LDD) software, but once Henry had built that he simply had to try for the whole thing. 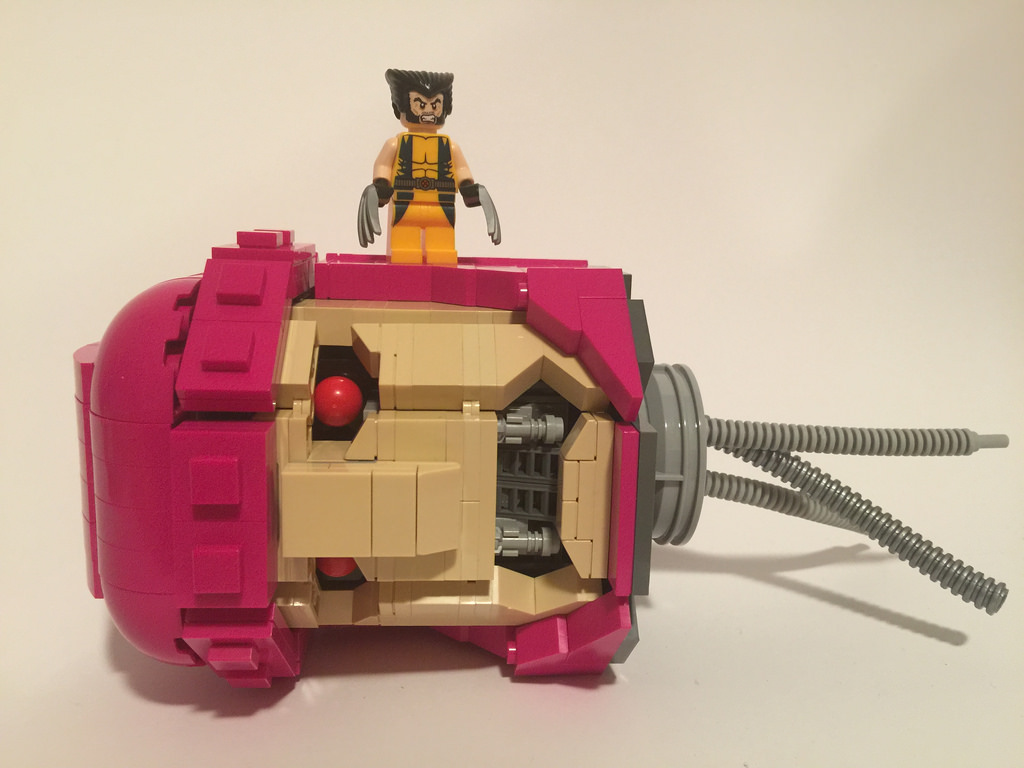 What you don’t see in the finished creation is the structure is built using a hefty skeleton of LEGO Technic elements, which Henry then layered over with the dark blue and magenta bricks. You can see part of the skeleton in this work-in-progress shot, as well as get a feel for the sheer size of the creation. 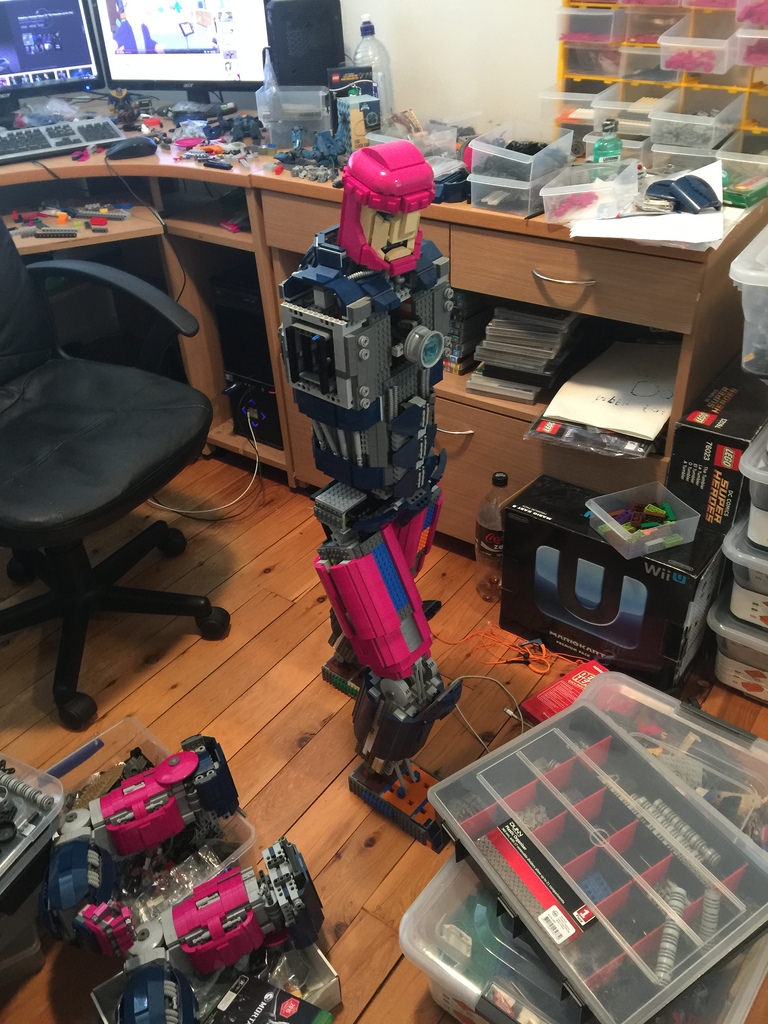 It’s going to be a bad day for the LEGO X-Men. 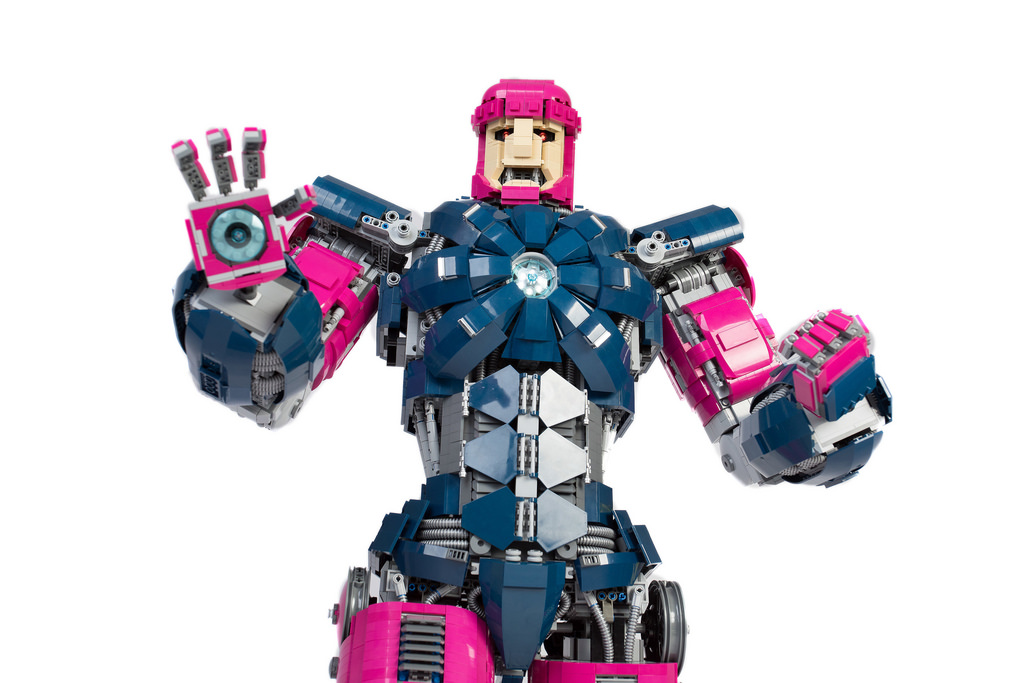