What does famed LEGO builder Paul Hetherington do when he’s not impressing us with his amazing talent? Nothing, as it turns out. That’s because Paul is always impressing us with his talent. I’m pretty sure he can just sip a cup of coffee or mow his lawn and we’d all be impressed, by golly! Take this brightly-colored Batman diorama, for example. It seems The Joker has repurposed an abandoned ice cream factory into a…wait for it…I Scream Factory. Of course he has! That Joker doesn’t simply engage in normal bad guy stuff like robbing banks or not picking up after his dog. No, The Clown Prince of Crime goes above and beyond with his own unique sense of flair and style. Dousing Batman’s sweet ride in some kind of oozing radioactive soft-serve goo really takes the cake but the Joker has other tricks up his sleeve. 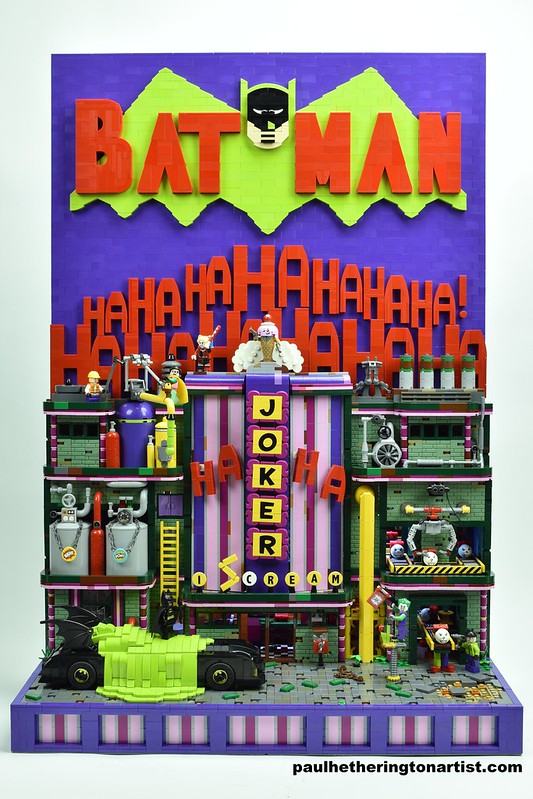 Here’s a closeup of the aforementioned offending radioactive goo. But the star of the show is The Joker perfecting his operating-a-pogo-stick/jackhammer-while firing-a-gun routine. (That rarely goes well when I try it!) 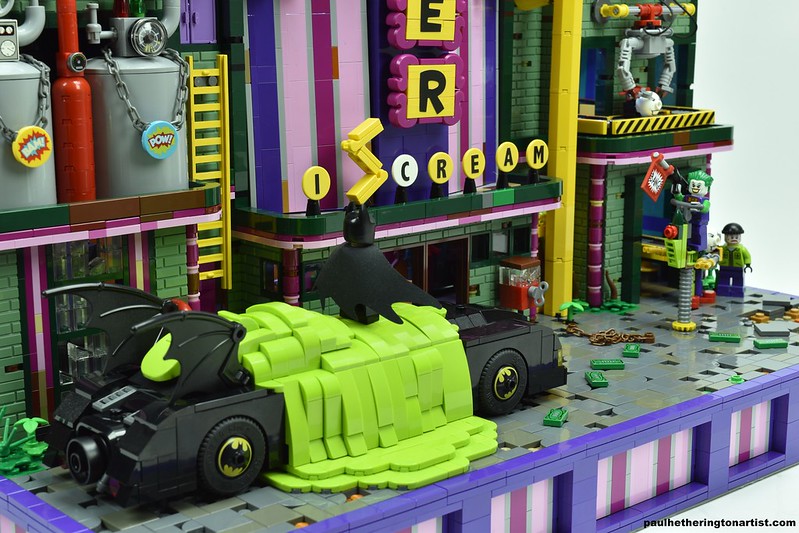 This harkens back and pays homage to another Batman diorama Paul built a few years ago. You’ll see this simple formula of a base and backdrop used again more recently with his Scooby-Doo diorama. While the formula may be simple, in Paul’s hands the execution is always stunning. He can do this a thousand times and each would be a breathtaking sight to behold. I can flap my pie-hole all day about this and that feature but Paul wouldn’t be Paul if his creations didn’t include lighting and motion that is most certainly best experienced in person or by video.

Do you still have a sweet tooth for all things Paul? Then be sure to check out more of his stuff in our archives.