I’ve met a few people who prefer staying at hotels to being in their own house and bed, but they seem to be a strange minority. I mean, who really wants to sleep in a bed where the night before some strangers did something not fit to be described in an upright publication, rather than their own comfortable and familiar bed back home? Eww! Anyways, my own stays at hotels have never been as bad as the terrified LEGO minifigure’s night in this build by Jarek Książczyk. If I saw an eerily-lit giant hand outside the window of my Marriott room, I’d be huddled on the bed, too. 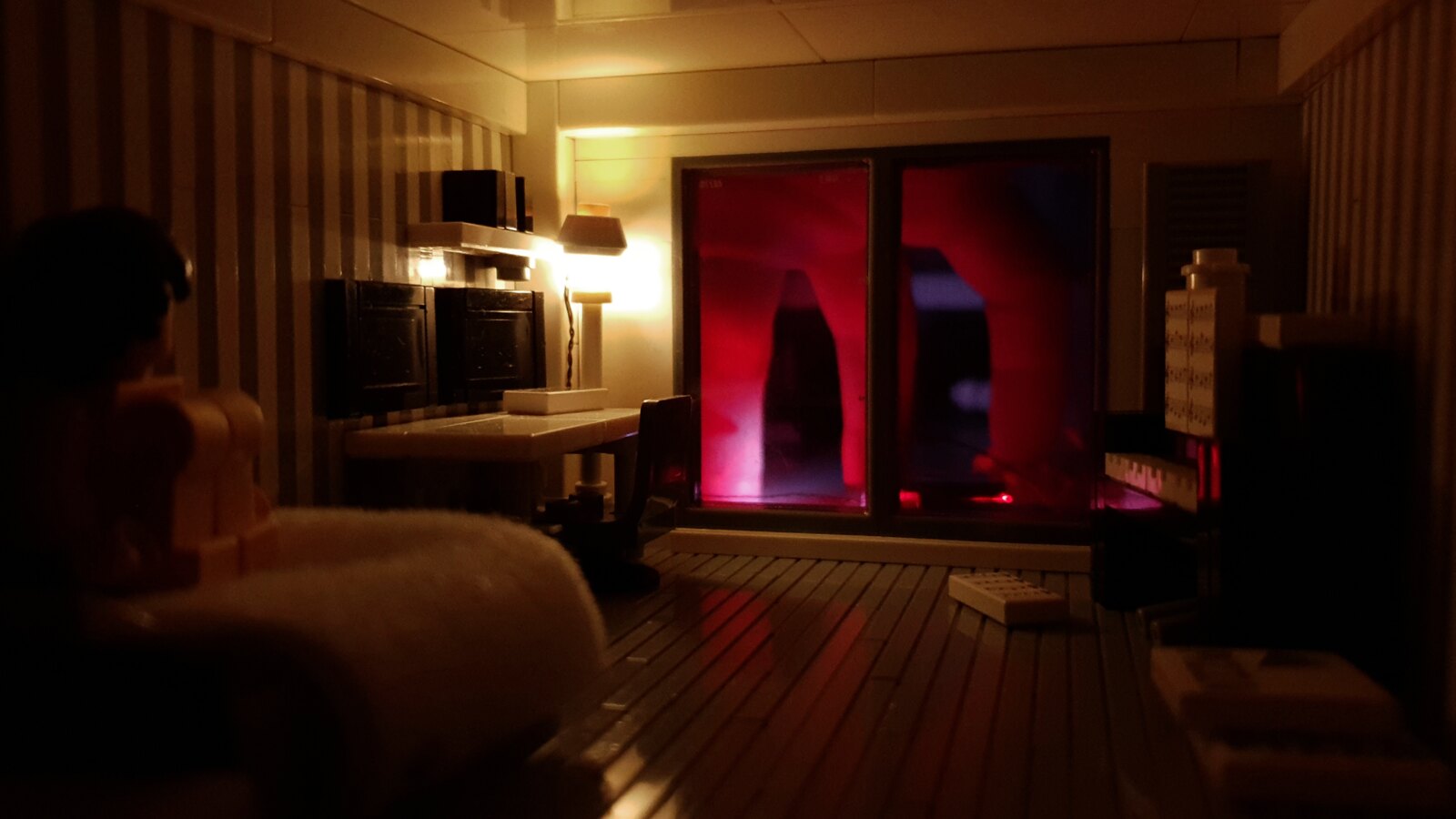 Jarek has captured everything one would expect to see in a hotel room, down to the horrid vertically striped beige wall paper, but then you see that there’s a piano in the corner. What hotel has a piano in the rooms? None that I know of. So perhaps this isn’t a hotel after all, but the minifigure’s own comfortable and familiar bed…in which case I might go stay in a hotel. Even soiled bed linens would be better than that hand. Then again, maybe it was just a nightmare. Things do look much brighter in the morning light. 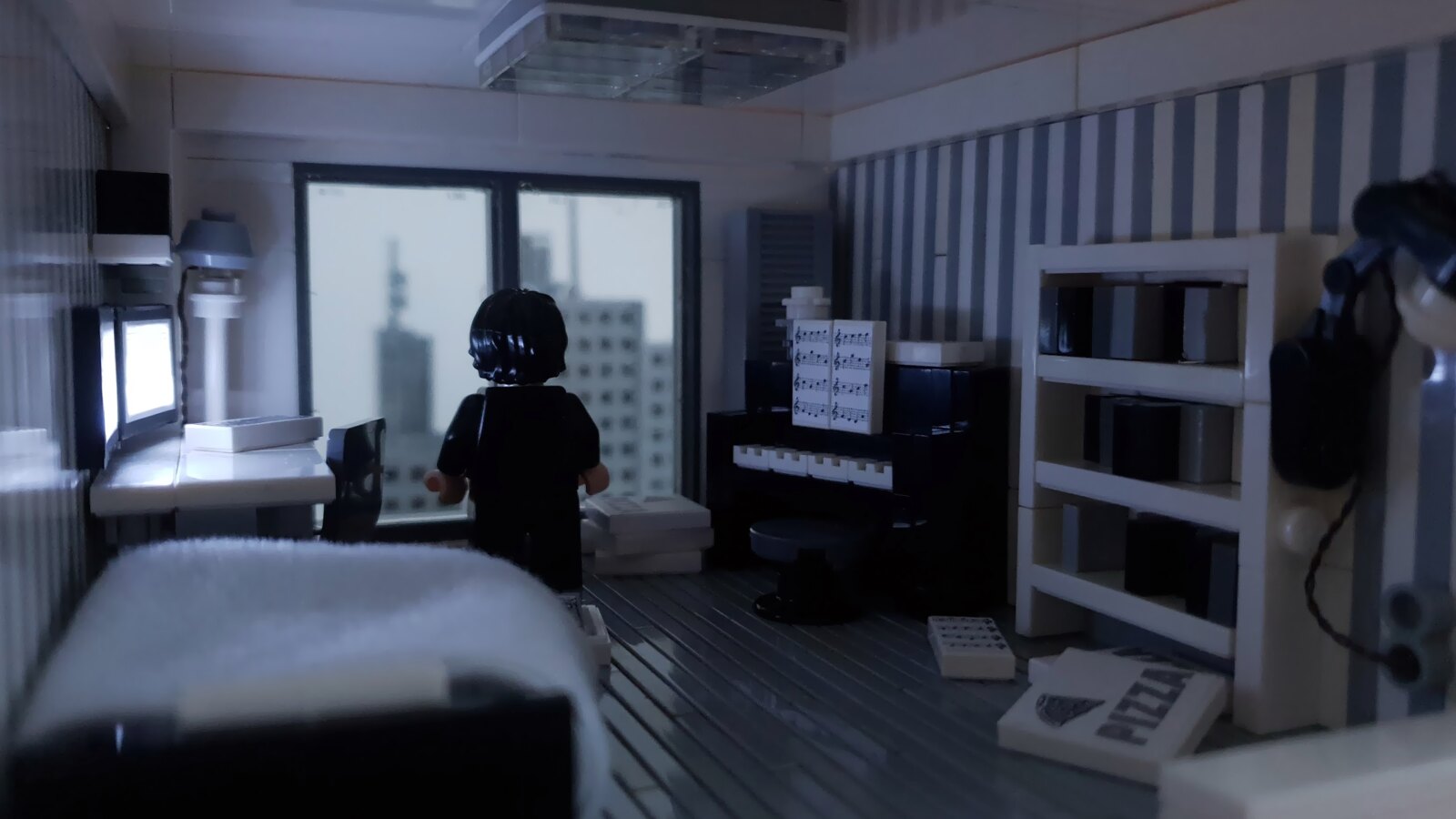