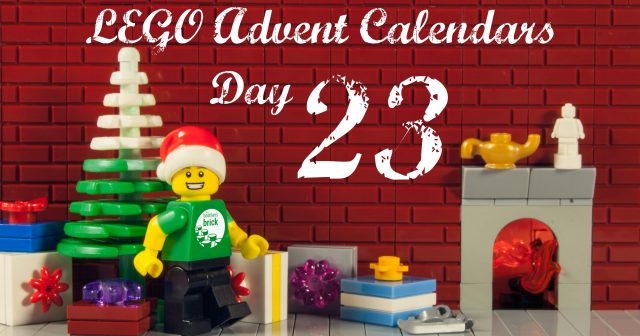 This year we have new Harry Potter, Star Wars, City and Friends advent calendars to open. We will be sharing images of the new calendars every day through Christmas, and hope that you’ll join us! Let’s see what there is to open on Day 23.

It’s not even Christmas yet and we’re opening presents of presents! The Harry Potter calendar gave us wrapped gifts, while Star Wars revealed a fantastic microscale Vader’s castle. 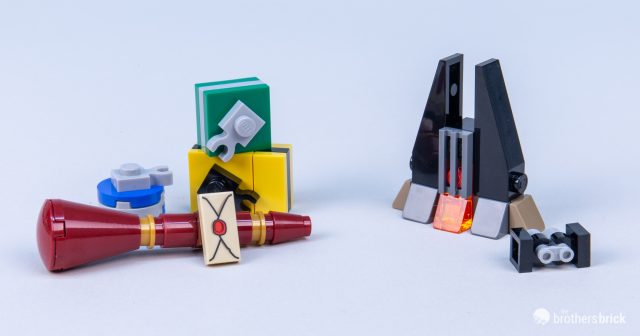 CJ: THIS is what I wanted to see from the wrapped packages in the City/Friends calendars. Lots of them, and some clever hints as to what’s inside. I’m giving the Potter calendar five holiday points for this. So very nice. Vader’s castle and a TIE Bomber may not be super holiday-related, but they’re both really well done. An interesting Christmas eve-eve combo.

Benjamin: Looks like Harry’s getting a new broom, and Star Wars fans are finally getting that TIE Bomber they’ve been clamoring for. And a castle, too!

Adam: Are you sure that’s not a TIE Shuttle?

Bart: That broom in gift wrapping paper is giving me LIFE! That TIE Bomber is a really smart but easy build 5/5 stars.

Lino: That could be a broom or that could be the LEGO Saturn rocket. Just wishful thinking, I guess.

We’ve trimmed the tree from the Friends advent calendar, and the sleigh from City is all prepared for its Christmas run. 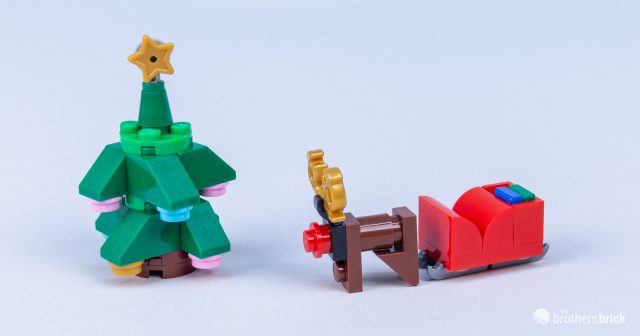 Alexander: It took me a moment to realise that it’s a reindeer and not another Star Wars droid.

Benjamin: Why can’t Friends get a nice tree like City or Harry Potter? This is worse than a lump of coal. City gets a cool sleigh to ride down the small street that we made over the past weeks. Poor Friends. Maybe they’ll be better behaved next year and get on the nice list.

Bart: Not a fan of the reindeer… They could have used a brown clip for the head…

Lino: Reindeer? Looks more like a vice grip to me! Am I right, people? Am I right? OK, that was a total stretch for a joke. The next one will be better!

Adam: Clearly we would have confused the reindeer with an elk if they used a brown clip Lol

Both of Santa’s elves had a hand in making sure the sleigh is loaded and hooked up to Rudolph. 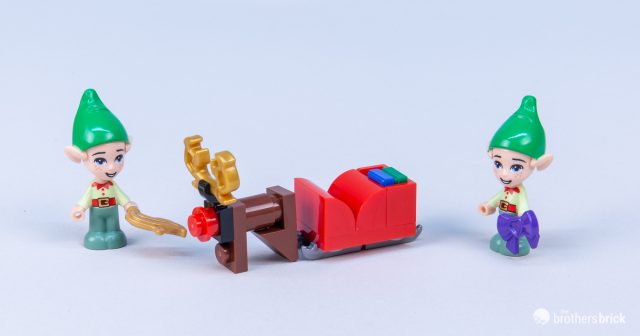 That’s the most fun we’ve had so far opening this year’s LEGO advent calendars. Come back tomorrow for the final opening!