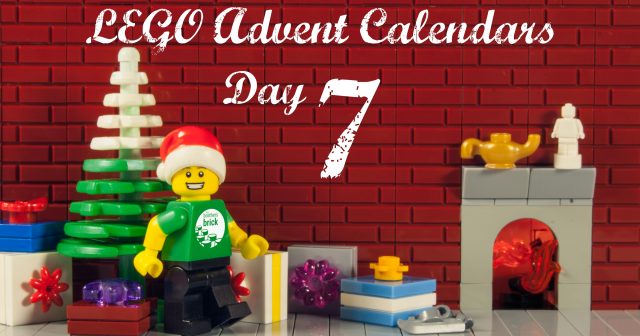 This year we have new Harry Potter, Star Wars, City and Friends advent calendars to open. We will be sharing images of the new calendars every day through Christmas. Let’s see what there is to open on Day 7! 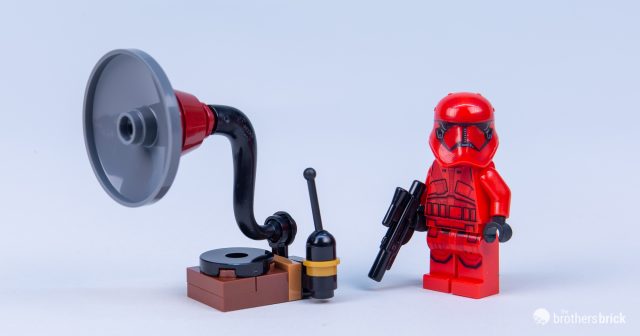 Bart: After a hard day at work trying not to get shot while not hitting any of his targets, Steve likes to unwind by listening to his favorite songs on his vintage record player.

Lino: This may be revealing a bit too much but I’ve had plenty of nights that ended up like this.

CJ: More great parts from the Potter calendar, and a sharp looking build, too.Army builders will be happy to see another Storm Trooper. I believe this one is the rare “Cranberry Sauce” version from the Holiday Special.  (Spoiler alert: It isn’t.)

Adam: Is this how Palpatine broadcasted his voice across the galaxy? Vintage record players?

Benjamin: I used to think the Holonet was more sophisticated, but this is giving me second thoughts.

Opening the City and Friends advent calendars revels a microscale helicopter and a holiday-themed archway… I think. 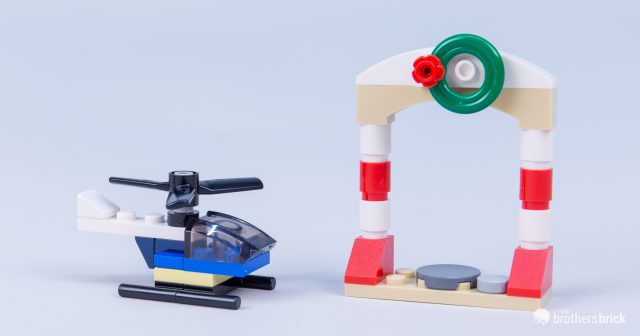 Adam: The helicopter is awesome. So simple yet perfect next to the other microvehicles. I’m not sure what the gate arch thing is, but I like it. The campfire might go there, making this a fireplace, but there’s not enough defined to establish that. Maybe put a present on the centerpiece? A cup of cocoa on the mantle?

Lino: Next on the Hallmark Holiday Special, Henry The Helicopter learns about the true meaning of Christmas.

CJ: That helicopter is a solid micro-build, just the right scale to double as a remote controlled toy for a standard minifigure. The Friends arch thing is…well, it’s an arch thing, isn’t it? The wreath is minimalist, but recognizable. So a holiday point for that. And a half point for the candy-cane striping on the poles. Hopefully we’ll get some context for this in the near future.

Bart: The helicopter is a nice build, nothing much to say about the arch thingy…

Another silent night can be created by combining the advent calendar builds. 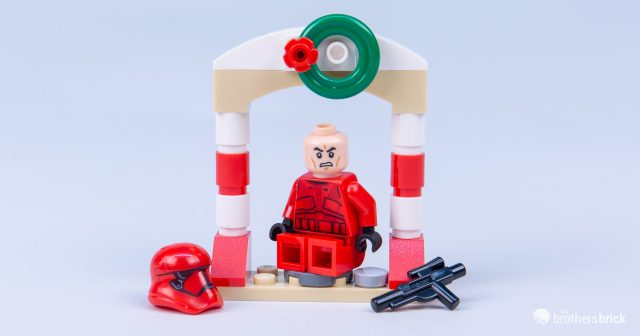 Lino: And just like that, Randy Quaid makes the switch to Newsmax.

Benjamin: The last stage of police pilot training is flying through extremely narrow openings while sipping the eggnog, right?