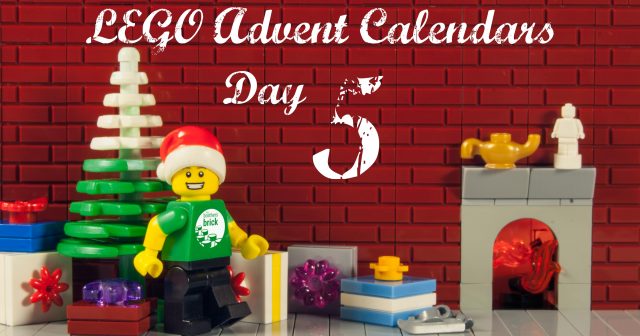 This year we have new Harry Potter, Star Wars, City and Friends advent calendars to open. We will be sharing images of the new calendars every day through Christmas. Let’s see what there is to open on Day 5!

Today we opened Harry’s first Hogwart’s love, Cho Chang, and the mighty Razor Crest, as seen in the popular Disney+ series The Mandalorian. 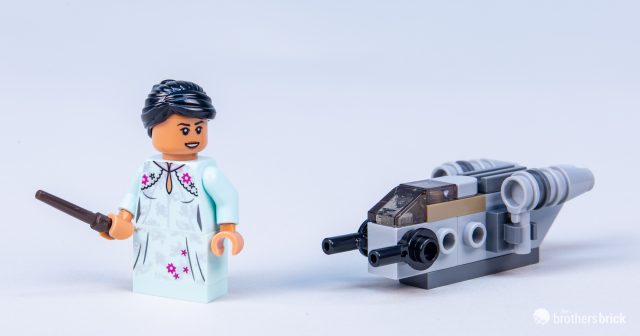 Jasmine: Though LEGO literally only uses three different skin tones to represent all people of color, I’m glad to see Cho getting a little more visibility in the brick world than she did on screen. And a new torso for a “medium nougat” minifigure is always a plus in my book.

Chris: We’ve gotten a few versions of Cho Chang before, but this one is beautiful! This is the sort of unique minifigure that Advent calendars deserve! Bravo. And that microscale Razor Crest is pretty solid too. I can’t help but think there might be better ways to design one, but I have no complaints with this one. I’d be mighty happy opening the Star Wars Day 5 window.

Adam: Cho Chang! It’s great to get another minifigure, especially one with a printed brick for a dress. And for Star Wars, the Razor Crest is a perfect example of the implied detail you can get from microscale models, continuing the trend from the Star Wars calendars.

Benjamin: I like that dress, and LEGO sets can always use more diversity, so I like the inclusion of Cho. Just a wand when Harry got a whole table and candle seems unfair, though. And there’s something off about that Razorcrest. Shouldn’t there be wings for the engines to attach to? I like it’s inclusion, but I look forward to several years from now when it gets an update in another Advent calendar, and hopefully an improvement, since that seems to be the way.

CJ: I don’t know much about the Potter characters, but this is a pretty nice minifigure regardless. And the mini Razor Crest looks good, too.

Day 20 revealed another minifigure from the City calendar, as well as a North Pole mailbox from Friends. 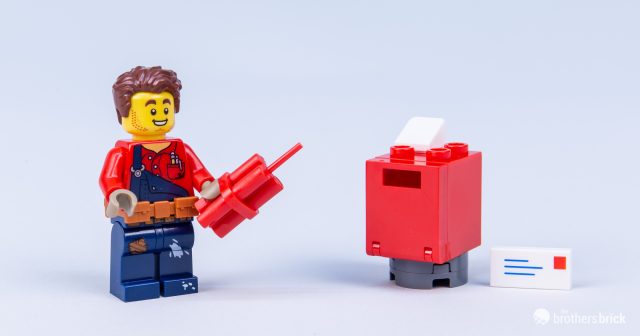 Lino: Bubba had an idea that would fix all this voter fraud nonsense for good.

CJ: Harl Hubbs (from LEGO City Adventures) is a minifigure with some good component parts, so I’m happy to see him show up. The dynamite doesn’t really say “holiday” to me, but whatever.  Explosions can be festive, I suppose. At least it’s not a crowbar. But Friends…c’mon. Another super disappointing day. This is barely even a mailbox. I’m going to pretend it’s a repainted Gonk Droid from Star Wars just to cheer myself up.

Chris: Mail fraud! (And then I read the comments above mine. Ha, looks like I wasn’t original after all…) At any rate, this guy’s name is apparently Harl Hubbs, and I do love how detailed the minifigure is. The mailbox is fine. It’s not exactly interesting, but I don’t know how it could be improved, so I’m not complaining.

Adam: I’m always down for another mailbox!

When combined, we get a scene out of the new cross-fandom LEGO sitcom, Cho at Home. 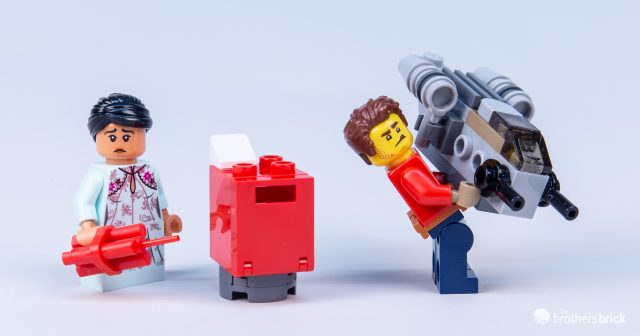 Lino: Bubba has spent more time and money with his hobbies lately so Cho had to take matters into her own hands.

Thanks for opening this with us! Looking forward to what comes next on Day 6.