This sweet ride by Michael Kanemoto is looking mean in a way only classic muscle cars can. The black beast is a LEGO Technic scale recreation of Mad Max’s 1973 Ford Falcon, which is of course heavily modified and redubbed the V8 Interceptor. It appears here as it did in 1982’s Mad Max 2: Road Warrior, with massive fuel tanks mounted in back. 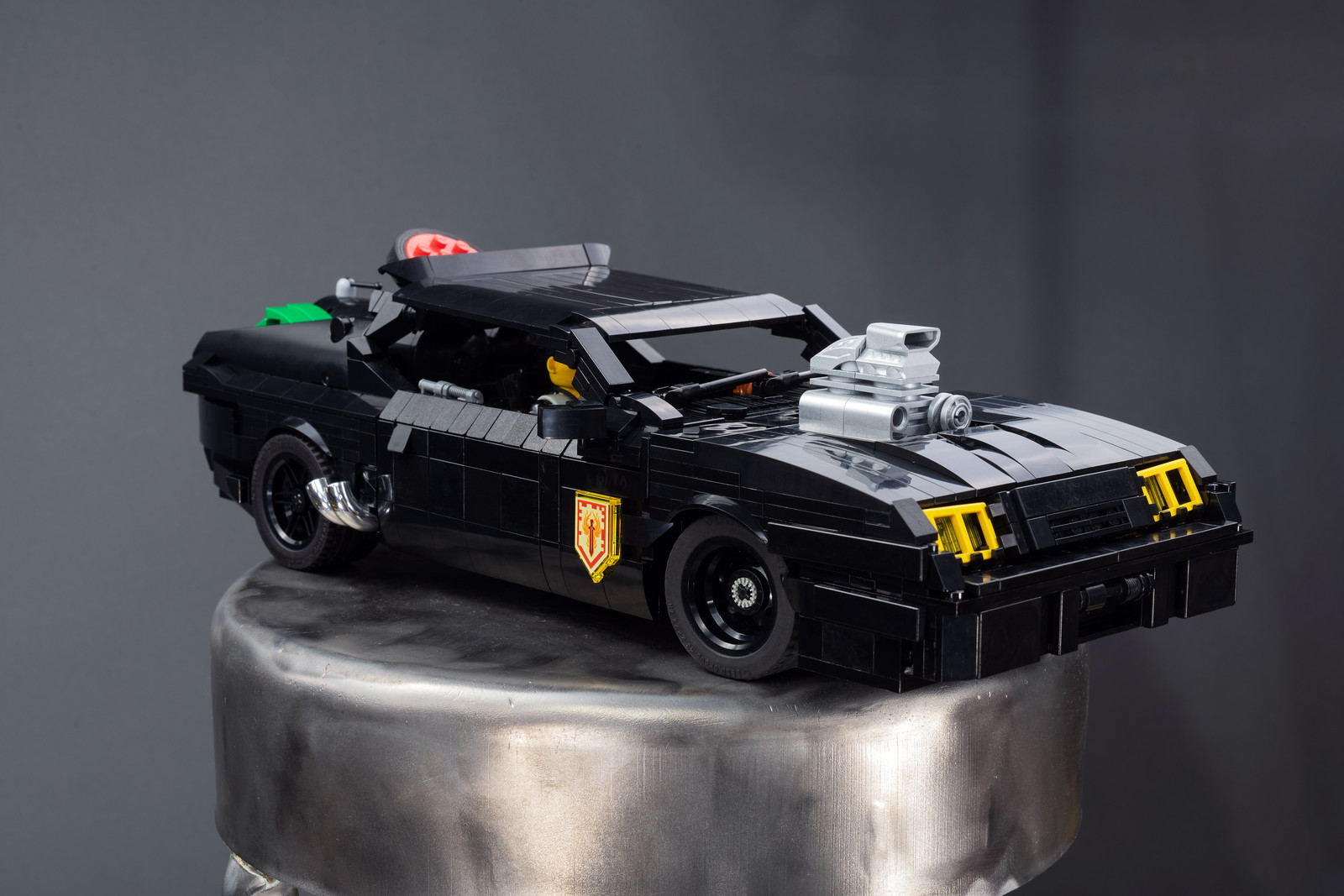 Michael draws on old and new elements alike to sculpt the Interceptor, as a Nexo Knights shields neatly stands in for the police badge on the car’s side and a red wheel that’s actually older than the original 1976 Mad Max movie itself sticks out the back as a spare tire. And of course, don’t miss the headlights, which are formed with yellow window panes. Michael says the front bumper can also be removed to match the on-screen road warrior. 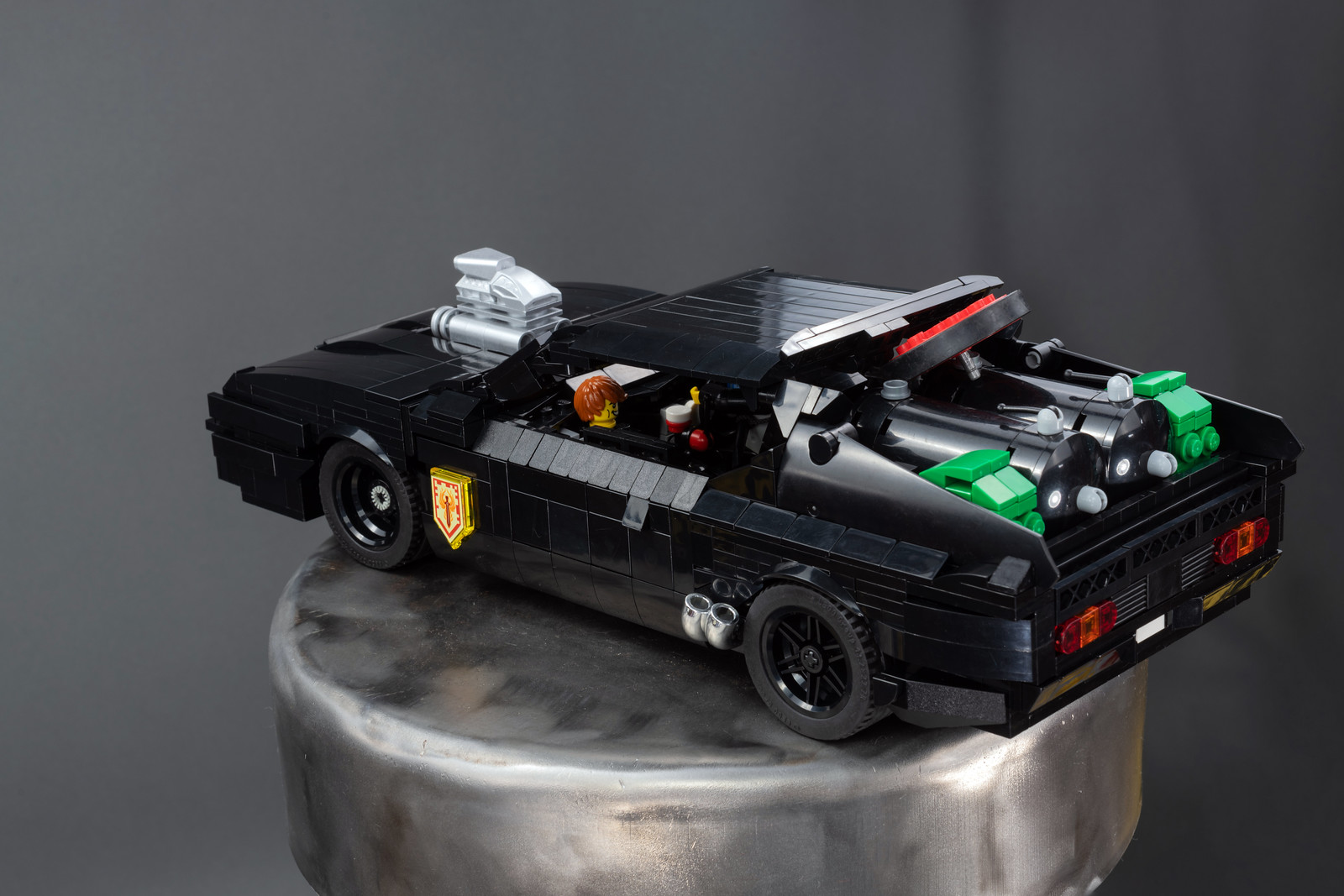 And don’t miss this bonus version that Michael built for a collaborative theme combining Mad Max and that weirdest of 1980s LEGO themes, Fabuland. 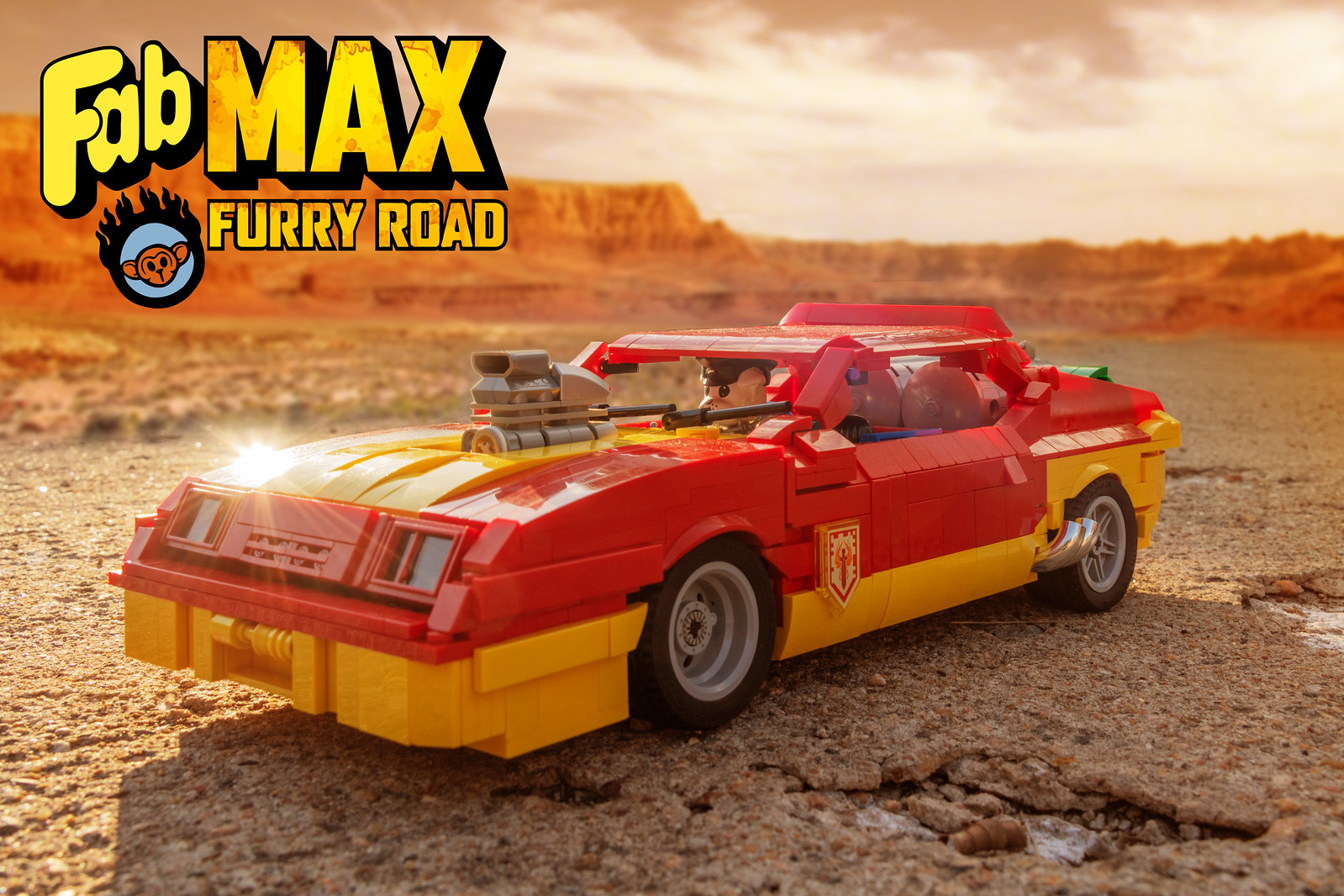