For the past several years, my friend Steve Witt has been collecting the necessary LEGO bricks and fiddling with his design to produce a 7-foot-long (2.1 meter) recreation of a Paris-class UNSC heavy frigate from the Halo video game universe that he’s dubbed the Katara. After following his work-in-progress photos on Facebook and Flickr for five years, I’m very pleased to share this closer look at the finished ship, exclusive to The Brothers Brick. 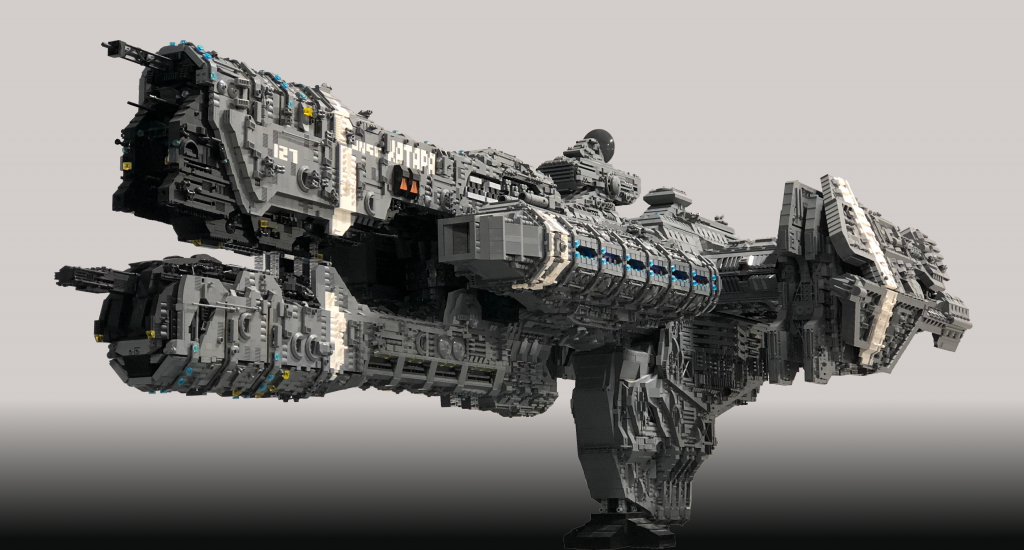 We’ll take a closer look at the details and share some of the build’s history in a moment, but let’s pause and take in just how massive a LEGO ship 7 feet long really is, with this photo of the builder working on it. 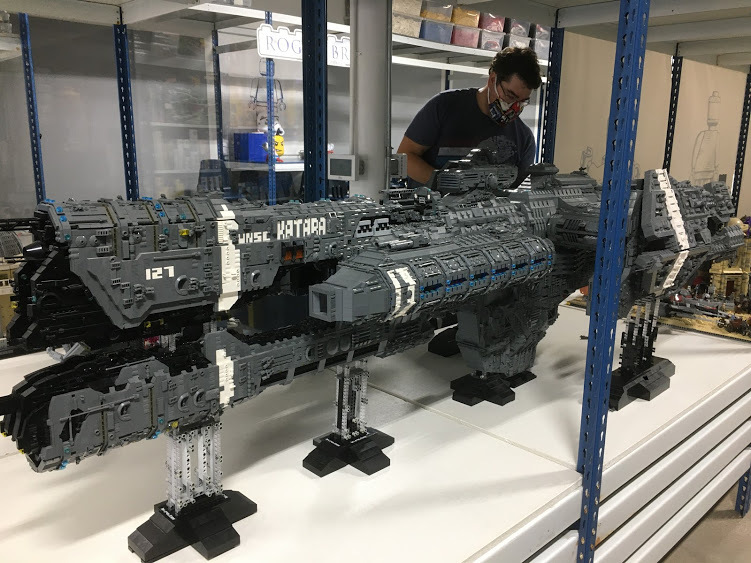 From stem to stern, Steve’s Katara is packed full of greebly details. The front section bristles with communication arrays and sensors, and the brick-built numbering is just the first of many we’ll see as we look over the vessel. 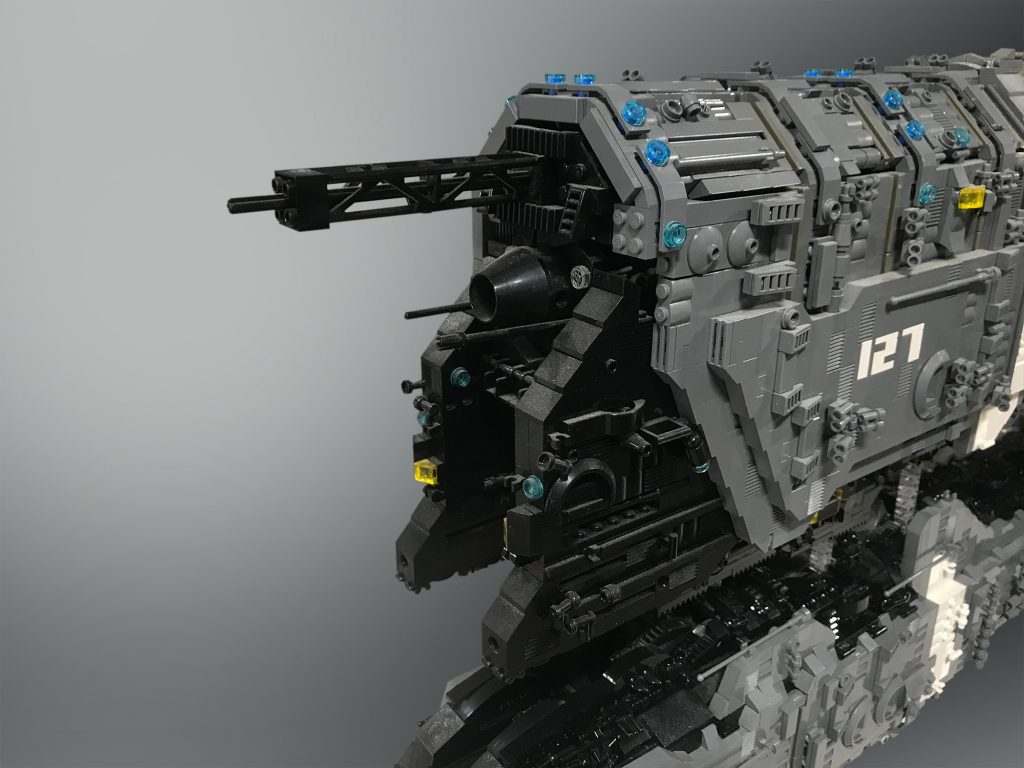 The ship’s UNSC affiliation and name are emblazoned across the central section in brick-built white text. We asked Steve what inspired his custom LEGO Katara.

Steve: I’ve always loved this ship design and had been drawing it during meetings when I should have been paying attention for a few years before I started. The ship is from the Halo video game universe, which I’ve always loved. I printed out a few images from the web and just started building. 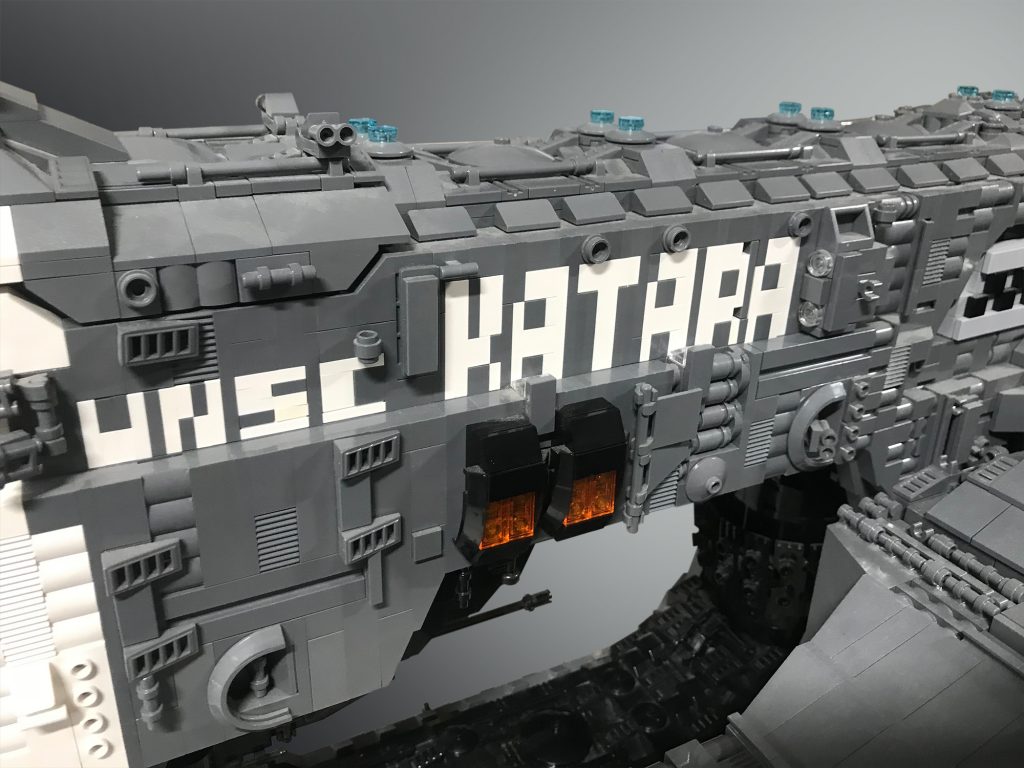 However, Steve didn’t start actually building until he had an “epiphany” about an angled bumper holder piece, which you can see prominently surrounding the front section above — “It allowed me to achieve the shape I wanted very easily so I bought every one I could get my hands on.” The central section also features detailed weaponry like missile launching tubes. 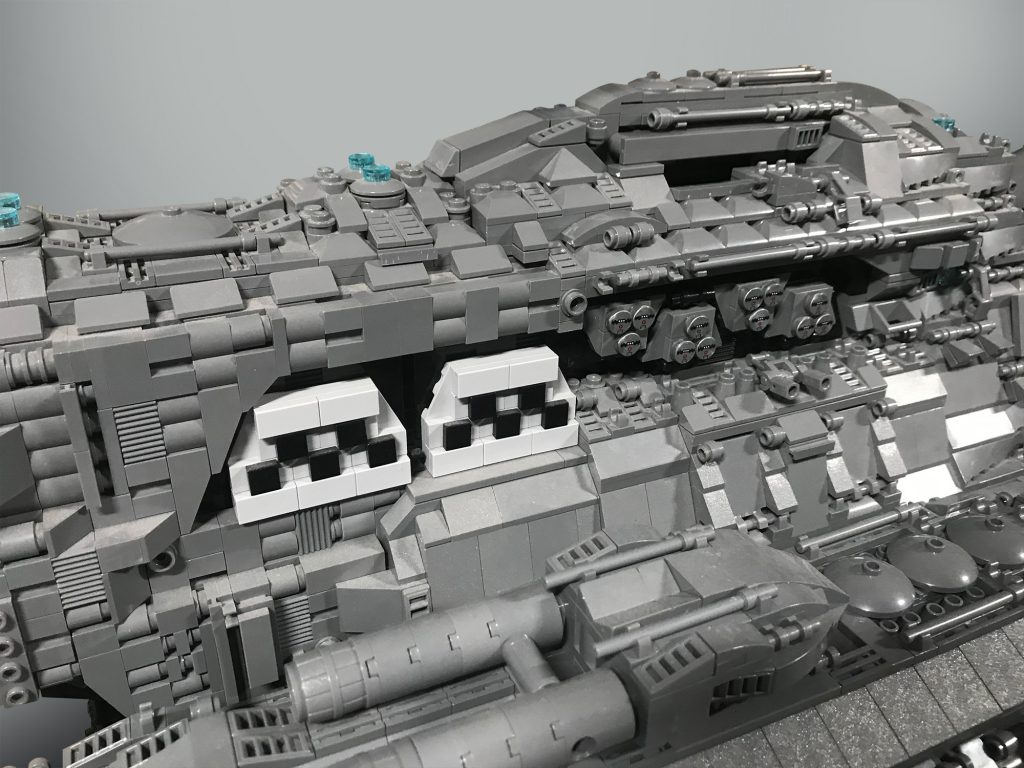 The outboard nacelles on either side feature standard UNSC white striping and more launch tubes. 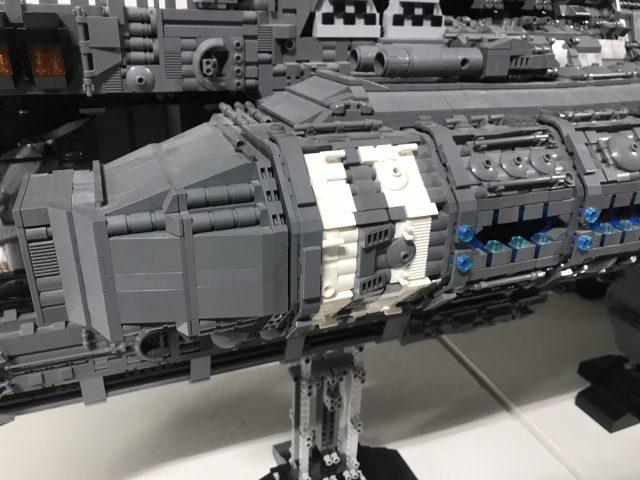 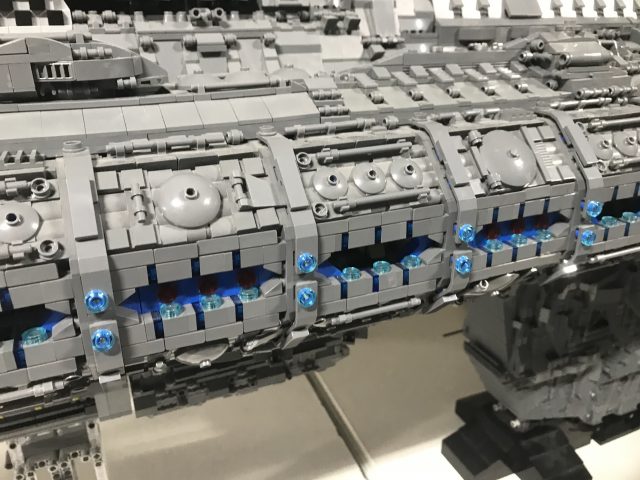 The nacelles are connected to the main fuselage via a sturdy sponson, itself full of sharp angles and details. 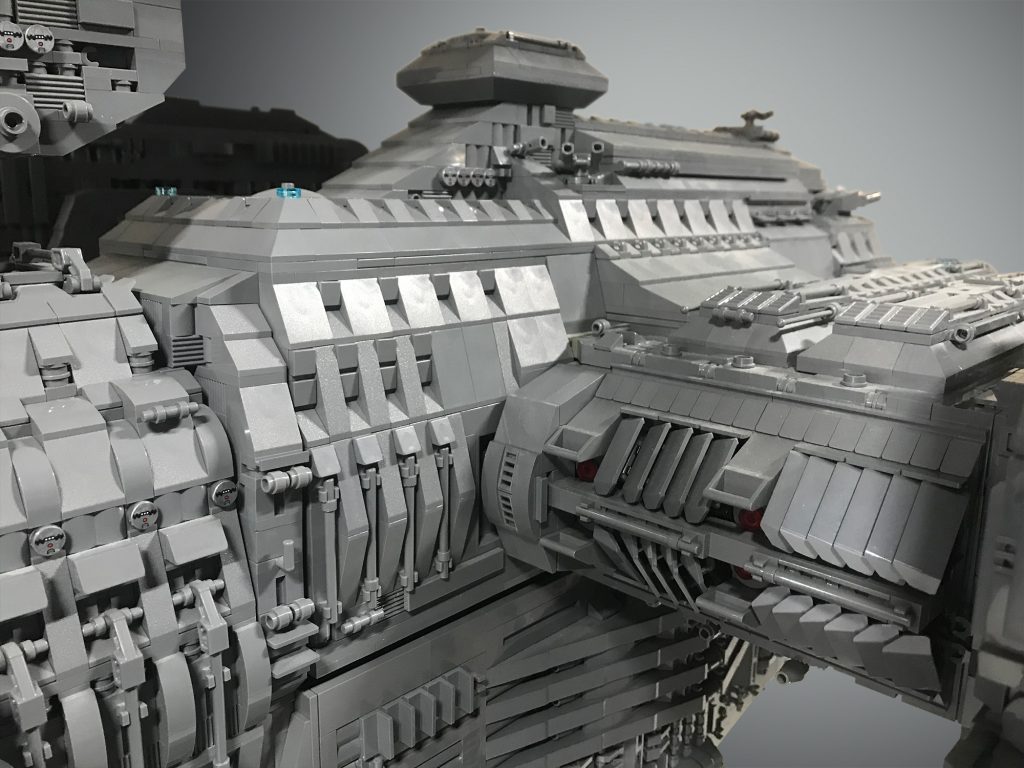 There’s no sparing details on the underside or rear of the vessel — this is meant to be seen in person from all around, not just a few photos on the web. If you’d like to see the build in person, it’s currently installed at the Rogue Brick Builders Lounge in Fort Worth, Texas. 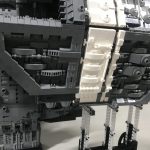 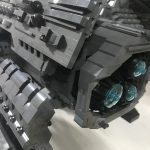 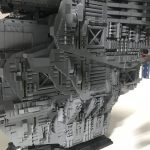 I asked Steve what inspired the name of the ship, which doesn’t appear with this name in the Halo universe.

Steve: It’s from Avatar the Last Airbender. My dogs are named Sokka and Toph as well. We’ve always loved that show and I’m glad its getting a boost lately.

Although Steve considers the build “final,” he’s also been working with the team at LifeLites to design illumination of the entire ship. Unfortunately, the current global pandemic prevented Steve from getting together with the LifeLites team to install the illumination. “I guess I’m not quite done after all.” We can’t wait to see this thing lit up! 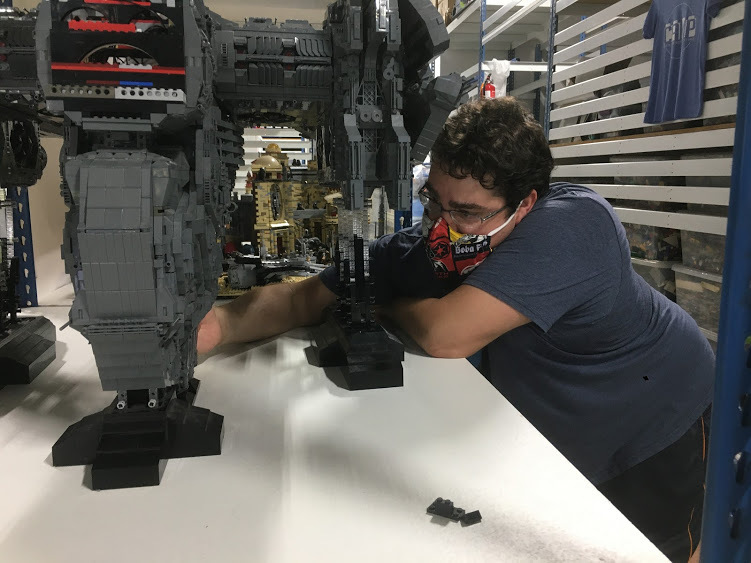 Be sure to check out Steve on Flickr to look through years of work-in-progress photos and many more detailed photos as he uploads them. Our thanks to Steve for sharing the reveal of this monumental LEGO ship as an exclusive for The Brothers Brick readers! 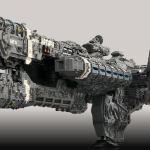 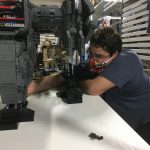 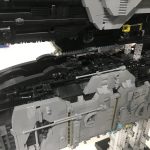 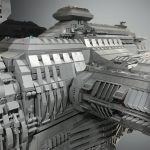 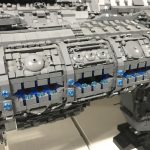 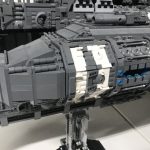 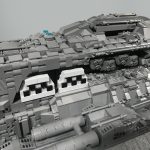 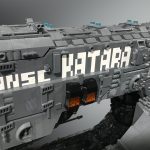 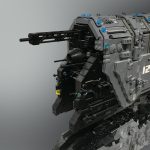 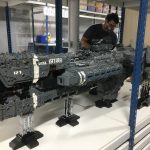