This LEGO concept car by Vince Toulouse has super-strong TRON:Legacy vibes. I mean…c’mon. Hubless Car could have been lifted right off the game grid. Okay, it’s not all black and neon like the rest of that world. But if Master Control ever lightened up on the color choices, red and sand blue would be awesome additions. Certainly, no one will complain about the general shape; it’s futuristic, sleek, and streamlined. And it’s just “real world possible” enough to feel like something you could drop a ton of money to own in the real world.

On the LEGO front, there are some fun part choices to call out. The canopy is a 5x9x5 half-sphere from the Jurassic World sets. The fins on the side are Bionicle skates, with the printed 2×2 logo tile sourced from a 2004’s Alpha Team: Mission Deep Freeze sets. 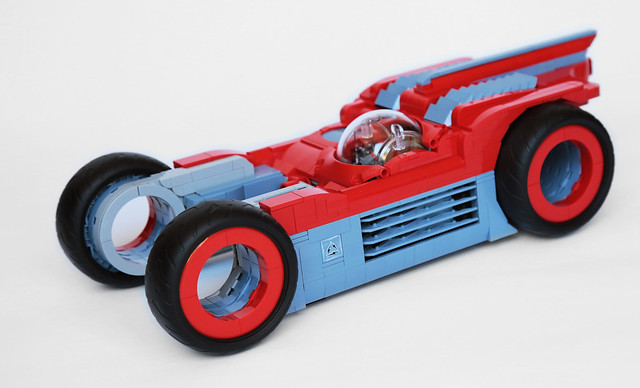 In this alternate angle, you can really see the intricate shaping that makes this model pop. I love the curves coming off of the rear wheels, and bracketing the spoiler. And those front forks… If you’re not a fan of TRON, maybe you’d be comfortable dropping this vehicle into the Blade Runner universe as a variation on the Spinner. 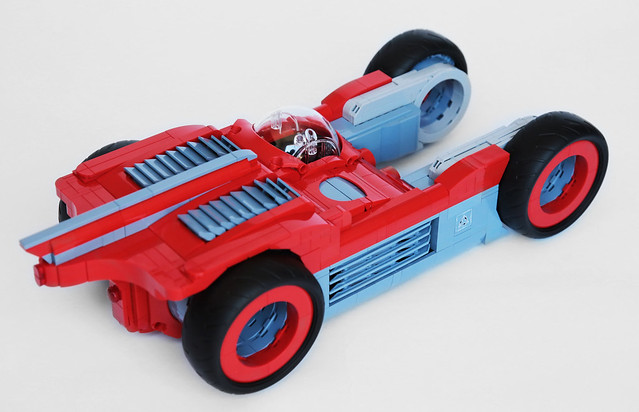