This Fallout homage by Ralf Langer captures that moment you step out of the vault perfectly (and such a memorable moment it is in every game). Between the desolate landscape and the lonely billboard, it’s hard not to think of the better times before nuclear war, but let’s look at the positive side of things. Take a close look and you’ll spot many details that bring this Fallout scene to life — from the tires and exposed wires surrounding the vault entrance, the tears in the billboard leaving exposed boards, and the subtle curvature of the desertscape (we’ll be watching your Instagram for your technique reveal). The simple yet awe-inspiring contrast between the vault and the open world drew us to this image for March’s cover photos on The Brothers Brick social channels. 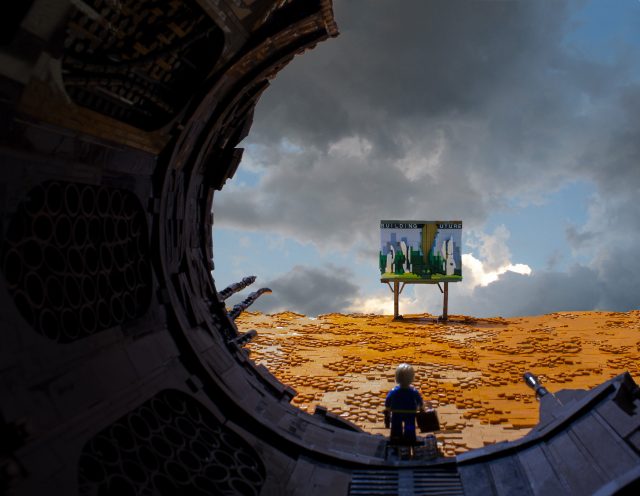