Welcome to Day 3 of our LEGO Advent Calendar countdown. Each day, we’ll reveal the four mini-builds from the LEGO Harry Potter, LEGO Star Wars, LEGO Friends, and LEGO City 2019 advent calendars along with commentary from The Brothers Brick team. 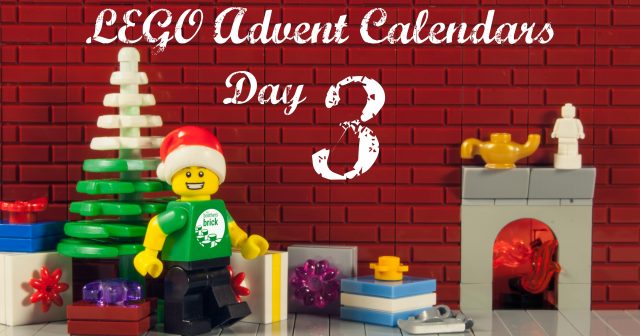 If you’re opening one (or more) of these advent calendars along with us, we’ve made sure the pictures and commentary on each day’s models will be behind a jump so we don’t accidentally ruin the surprise. What will we see on day three?

For Day 3, we have a pair of snowy trees from Harry Potter and a First Order Stormtrooper from Star Wars. 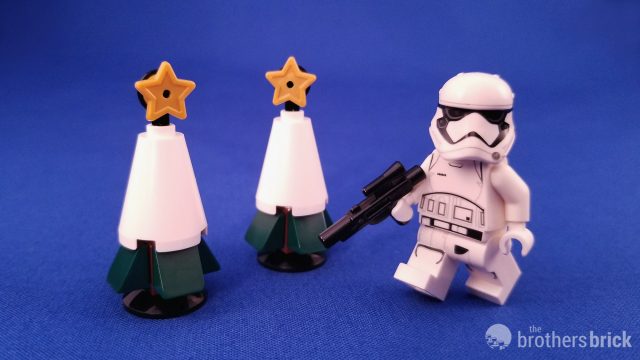 Dave: These tiny Christmas trees are so simple and effective, and two is certainly better than one! I love the brown travis bricks too–sooo infinitely usable. And it looks like this poor First Order Stormtrooper finally escaped the battle from 75225 Elite Praetorian Guard Battle Pack where he was inexplicably included!

Lino: “There. That should reflect sufficient holiday cheer.”

Matt: “These aren’t the trees you’re looking for.”

Benjamin: Not bad for brick-built trees. And yay. Another stormtrooper.

Chris: You know, those aren’t the worst looking Christmas trees for how simple they are. I kind of like them. The trooper isn’t anything special, but you can always use more Stormtroopers.

Continuing with Day 3, we have a pair of penguin ornaments from Friends and a guy in a warm coat with a broom from City. 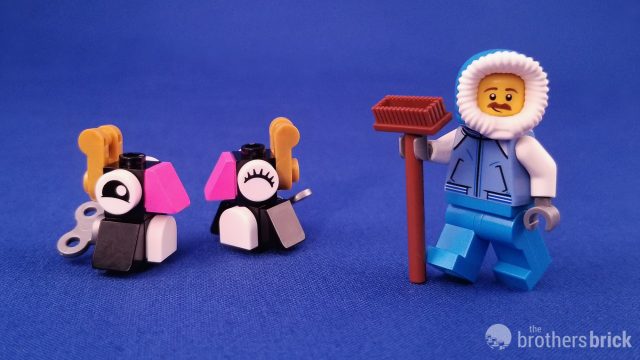 Dave: Another identical pair just like the Harry Potter builds! I think these penguins are cute, though the key in the back makes them more look like ticking time bombs from Tim Burton’s Batman Returns. And we FINALLY have a minifig from the City calendar–the snow plow and catapult now have someone to play with them! That medium blue torso has some nice pocket printing on it and it is quite rare, having only been used this year in 60203 Ski Resort. But why does he have a broom!?

Lino: “Cleaning up after these mechanical birds is what I live for.”

Benjamin: Why does the parka-clad man have a broom instead of a shovel? You don’t sweep snow. The only thing brooms are good for in the winter is sweeping the ice in curling. But those wind-up penguins are indeed adorable.

Andrew: Where’s Batman when you need him? Those penguins are freakin’ me out.

Matt: When the puffins finish poopin’ it’s time to get broomin’.

Chris: What’s up with the gold handles? Maybe that’s supposed to be the gold feathers on crested penguins?

Whenever we can, we will mash up all the LEGO advent calendar builds from that specific day and see what kind of hilarity ensues. Please enjoy these hijinks! 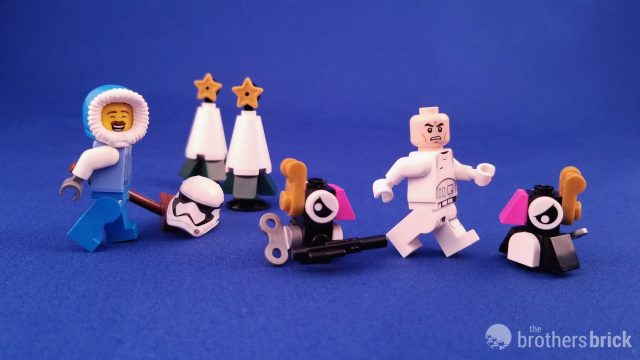 Dave: So that is what a Stormtrooper looks like under his helmet. And I love the alternate face on the City push broom guy!

Lino: “…And I would have gotten away with it too if it weren’t for you meddling kids!”

Andrew: Haaaaard! HAAAAARRRDDD! Oh, the stone just slid right on through the house. And why is the stone white? And who’s that bald guy getting in the way. Curling is serious business!

Chris: I feel like I saw this in an Adam West Batman episode…