If life was like the Frogger game, this frog-mech would likely run over you. Without a reference of scale, it is hard to tell if Mitsuru Nikaido intended for this to be a delicate little mech, or a kaiju behemoth capable of toppling over the mightiest of city towers. Just to be safe, I’m going to err on the side of assuming any encounter on the road would lead to a car being totaled. What is clear, however, is this mech is fully posable and the shaping is just perfect. The spool for an eye is an excellent touch. 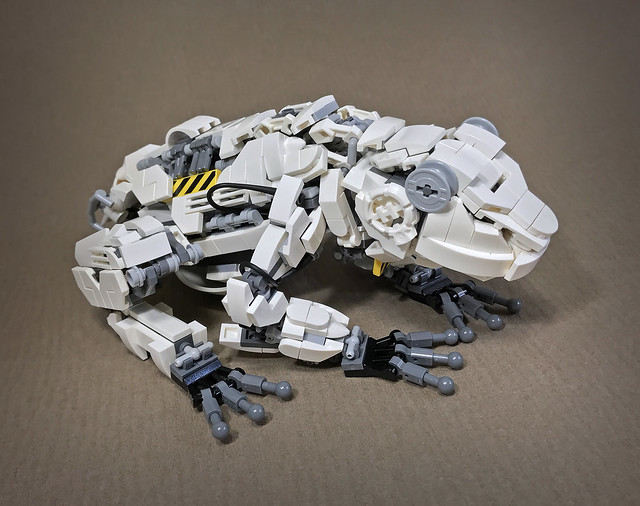 It would seem that white animal mechs with gray, black and yellow accents are totally Mitsuru’s thing as there are several more like it in his photostream. Here are previous times we featured a crocodile, a dragonfly, a lemur and a crane and locust creature double-feature, along with another picture of the frog mech, just for good measure. 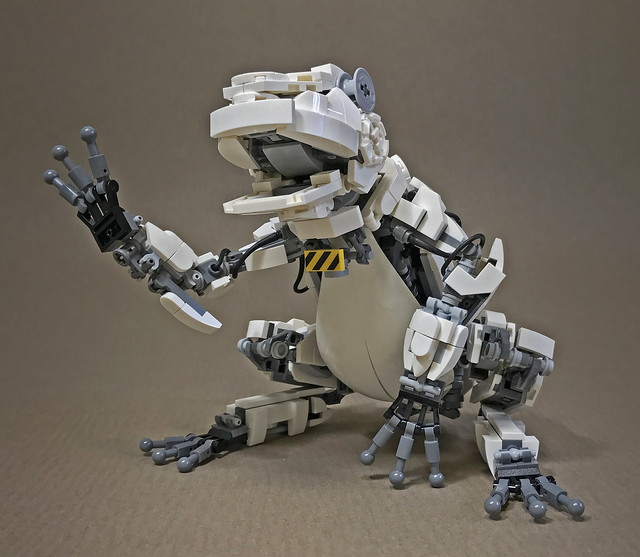