Having seen Mad Max: Fury Road several times, I can state that the stars of the show are not so much the actors, the scenery, nor the plot but rather the cars. Vehicles seen in the movie were actual working pieces of over-the-top post-apocalyptic automotive mayhem. One such example is the Gigahorse built by Kale Frost. Driven by inefficient water wasting baddy Immortan Joe, Gigahorse was constructed by stacking two 1959 Cadillac Coupe de Villes, along with two beefy V16 engines and a menacing plow up front. Massive tires complete the look and the end result is a thing of automotive nightmares. 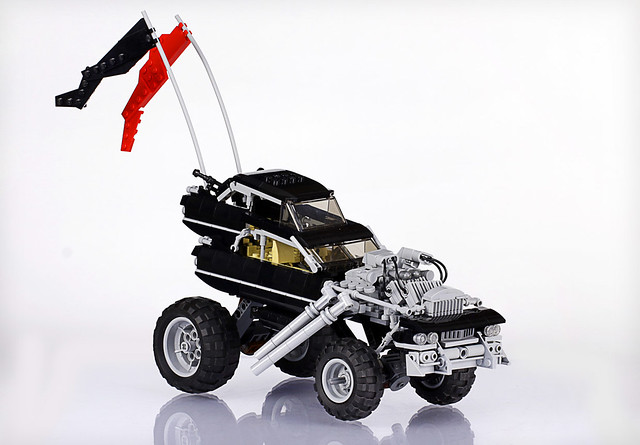 The vehicles of Mad Max: Fury Road have captured the imaginations of many a builder. Here is a previously featured Gigahorse as well as the Plymouth Rock and the Doof Wagon. Safety and practicality mean nothing in the Mad Max world!

4 comments on “The Gigahorse is a thing of automotive nightmares”