LEGO seems to be slowing its BrickHeadz release cycle, but it’s not done creating the cute brick-built characters just yet. LEGO has just published images of the newest set in the line, 40351 Ghost. Presumably a Halloween seasonal item following in the vein of similar sets for the past several years, we expect the Ghost to cost $10 USD and be released sometime in the next month or two. The Ghost will be BrickHeadz number 83, and it includes 136 pieces. 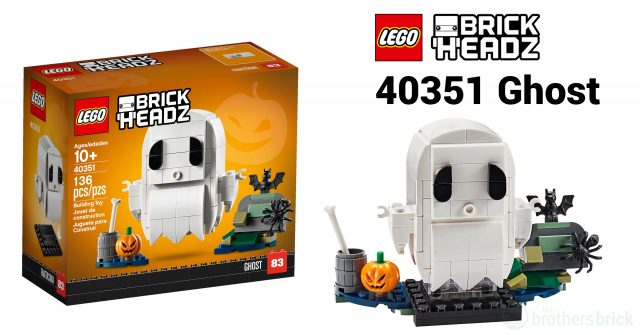 As with most seasonal BrickHeadz, it comes with a small stand and a few topical accessories. In this case, they’re a barrel, a jack o’ lantern, and a gravestone with a spider and a bat. 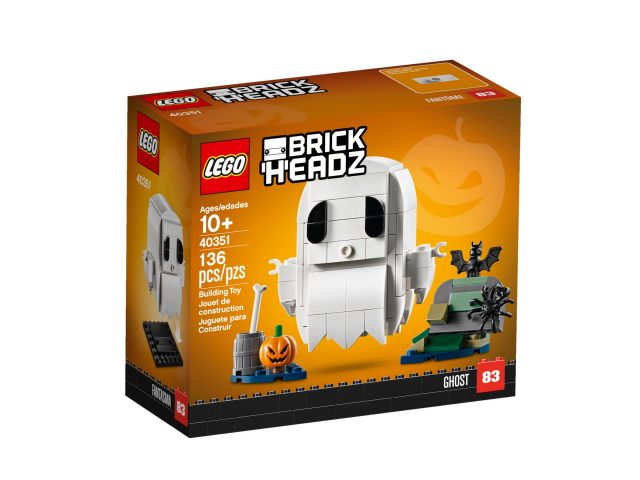 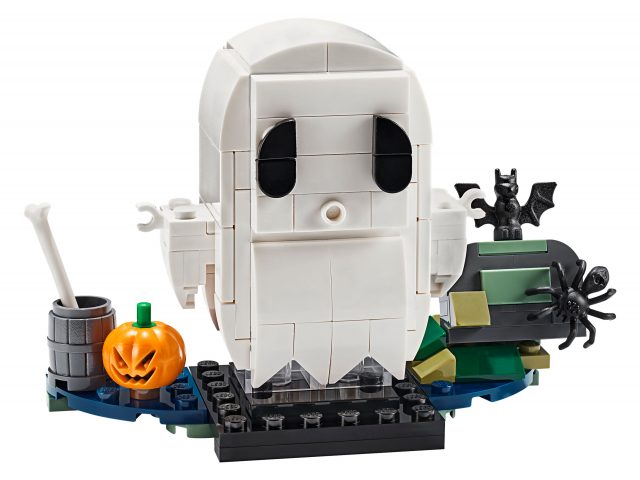 On the back of the box, we can also see previews of three additional seasonal BrickHeadz for holiday 2019, a Reindeer and two elves. The trio will come in a single set, number 40353. As yet LEGO hasn’t released individual images of that set. 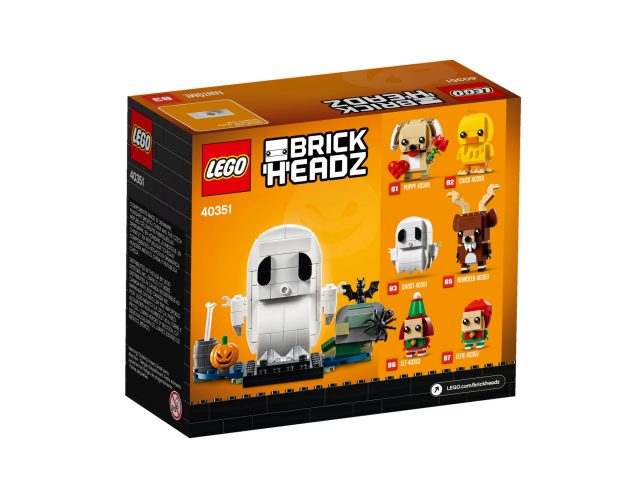