Classic Space seems to be in a boom recently, probably due to the recent re-release of classic space minifigures in the 70841 Benny’s Space Squad set. This gives us quite a few opportunities to share amazing Classic Space builds to share here on the Brothers Brick, including scenes, rovers and mecha. A big fan of Classic Space, Andreas Lenander gives us an immersive piece of action in this beautifully lit all-LEGO scene titled “Gravity failure at Epsilon IV.” It uses the brand-new pink classic spacesuit.

This is not the first time Andreas took us to Epsilon IV. For a little perspective, here is a picture of Epsilon IV as a whole. It is a cool micro space base featuring much of what you would expect from one. My favourite parts of the build are the domed windscreens used as greenhouses. 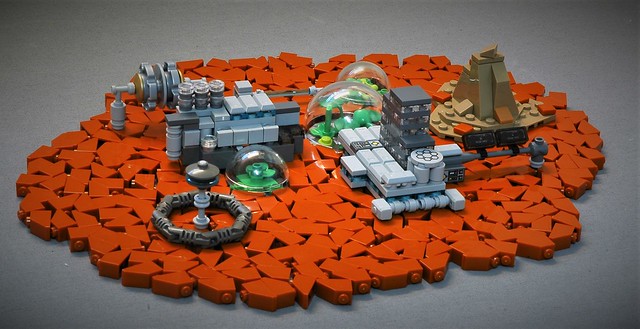 Next, here is a picture of what seems to be cargo handling at Epsilon IV. The scene is lit in such a way that feels just as immersive as the first picture in this article, sucking us right into the action. What does not “suck” though, are the perfectly textured crates. Everyone who has ever worked in a warehouse will immediately identify with this scene. 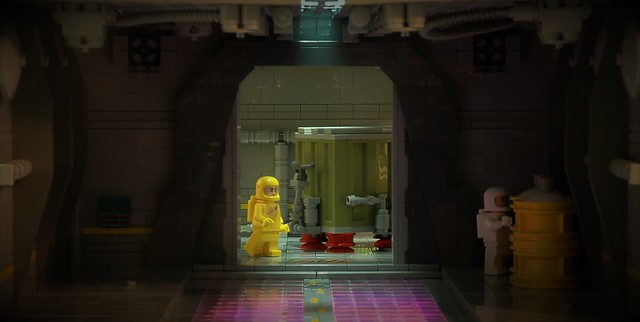