I always wanted to make a mecha dragon, even as far back as 2012 when I fell in love with LEGO dragons. I always knew it would be gray and greebly, but it almost seemed like cheating. Light gray is the LEGO colour with most the available detail pieces, so it would make finding solutions to building problems easier than I would like them to be. Ironically, this is the most complicated dragon build I have made yet (of which there are 24 now, including some more open interpretations of what a “dragon” is). I working on building this one on and off for 2 months from late December to mid-February. 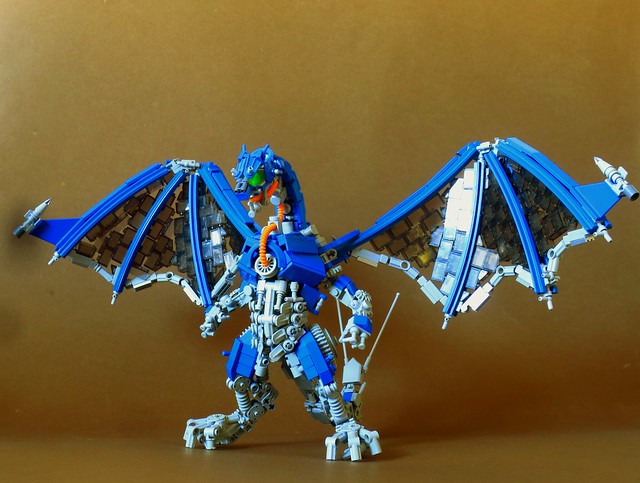 The build started with the head, where I wanted to use Nexo Knights spear tips as eyes. However, that completely changed the head design, so I could not go with the one I use on most of my dragons. Then the head design got additionally complicated by my strange desire to use a gear on the neck. The elongated neck was pretty straightforward and nothing new as far as my models go, except the use of the hose going underneath it, but even that was a pretty quick solution. The next part that was built were the wings… Three years ago, I swore an oath never to build fragile dragon wings again, but here I go again… these are not quite as fragile, as I approached the build from a stability perspective first and filled them in later. Also rocket launchers on wings are awesome. 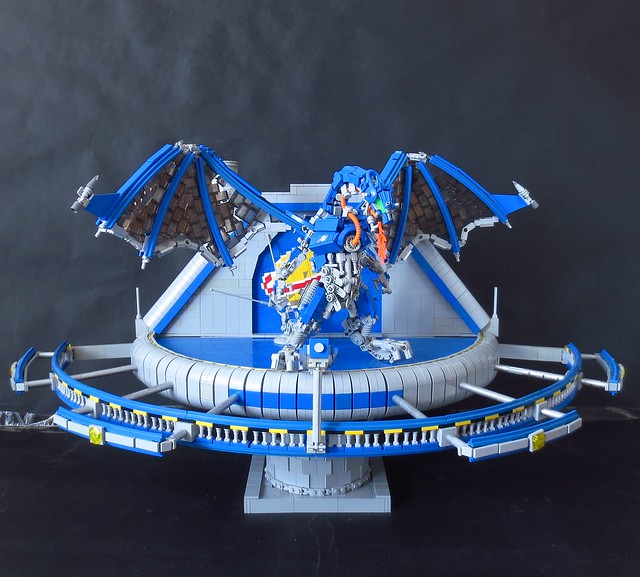 The third and final segment of building was the body. I was really getting sick of dragons that could hardly stand, and this one was built for a LUG display, so it had to survive the transport. This is the first time I have experimented with a Technic frame (poseability is almost zero), including a tripod of 2 legs + 1 tail and a central body structure to support the heavy wings. I am actually quite proud that I managed to get a somewhat organic pose and a tail that looks flowing even though it hides a straight Technic beam in its center. In the end, I have added a little base to it to show it off as best as I could. 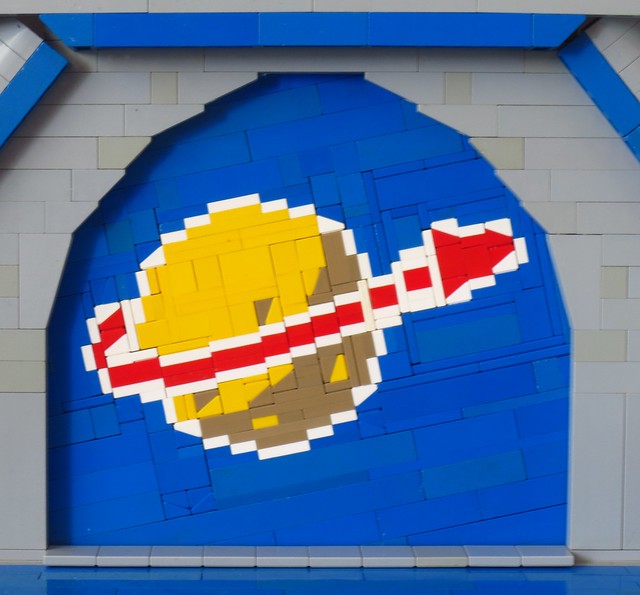 And here is a little Classic space mosaic made for the background. I have tried to make a version of the shaded symbol and I feel like I succeeded. There are a few tricks involved here, but otherwise it is just a simple mosaic that can easily be reverse-engineered for all your Classic Space needs.