LEGO’s ever-popular Ultimate Collector Series of Star Wars ships has one glaring gap: the prequel movies. Whether you grew up with the original trilogy or the new, you have to admit that there were plenty of amazing ship designs in the prequels, and LEGO has made only a few as UCS-style models. Martin Latta is fixing that with this incredible custom model of Obi-Wan’s Jedi Starfighter from Revenge of the Sith. 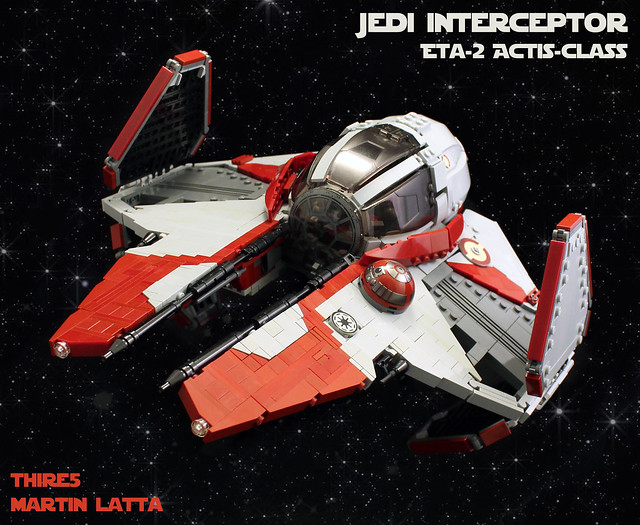 The ship’s combination of wedge-shaped wings and radiator flaps with the smoothly domed fuselage makes the ship a real challenge to translate into LEGO, but you wouldn’t know it from Martin’s model, as the parts fit together seamlessly. One particular detail I love is the grey triangular road sign that fills a gap on the back of the cockpit. 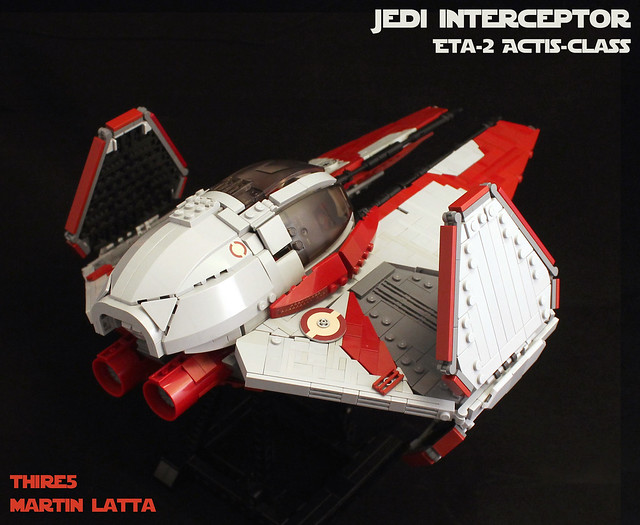 It doesn’t just look good on the outside, though, as Martin has filled it with a detailed cockpit. Obi-Wan’s astromech also looks great here, borrowed from one of those few prequel UCS sets, Obi-Wan’s Episode II Jedi Starfighter. 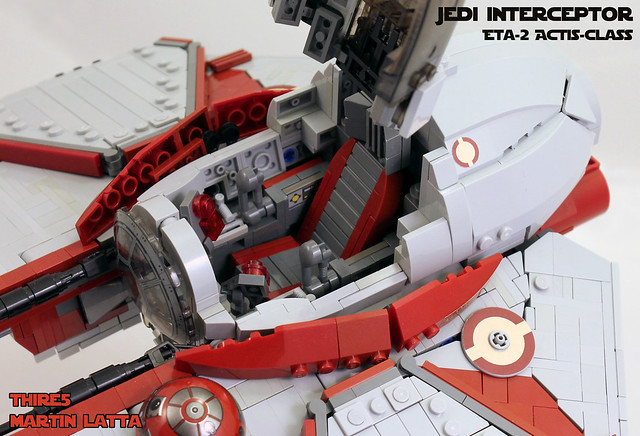