While many stories and characters passed into so-called “Legends” status when Disney acquired Lucasfilm, some fan-favorites have been incorporated into the new canon, and I can’t think of any character more deserving than Mitth’raw’nuruodo — or Thrawn, as he is more commonly known in Galactic Basic. The Chiss Grand Admiral had a more humble introduction to Imperial life as a cadet at the military academy on Coruscant in the first book of Timothy Zahn‘s new trilogy. In this jam-packed scene by CRCT Productions built as a RebelLUG collaboration, there are so many great details, not the least of which is the light gray angled walkway bordered by the two-color spring-loaded shooter brick. 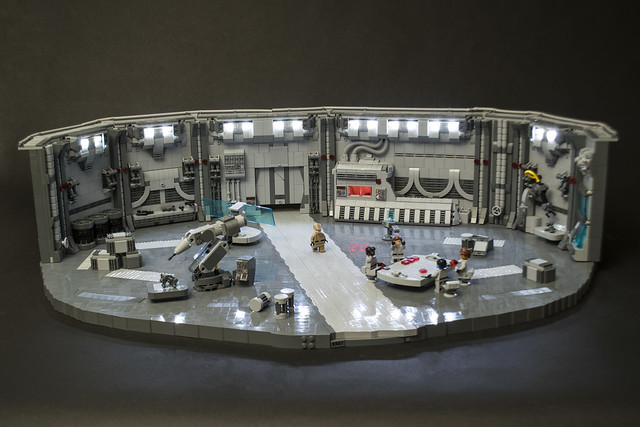 Every piece of machinery, from the fabrication unit on the back wall, to the robot arm on the left, looks fully functional, with specific purposes. The lighting is also a very nice touch, giving the scene the stark sterile feel that any Imperial facility deserves. I don’t know if those tools on the back counter have been properly stowed, though I think the approaching officer has other things on his mind, like why these cadets are engaged in gambling activities, which are against regulations. 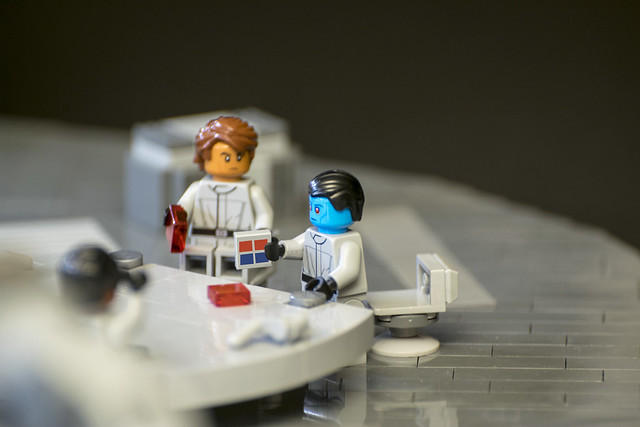 The fabrication unit is worth a closer look, with a bank of computers and a robot arm to create — well, whatever is supposed to get created in a Star Wars metallurgy lab. 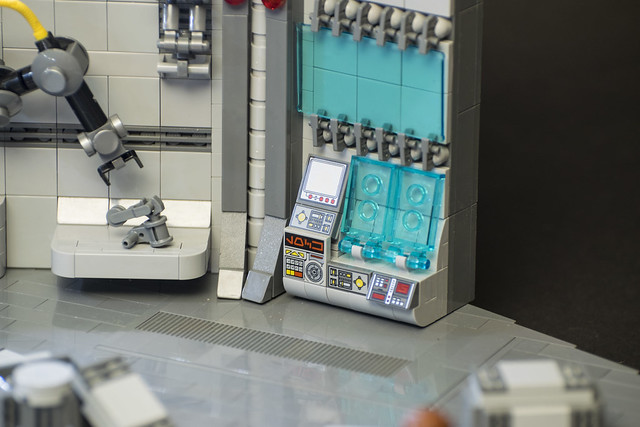