One of the best things about highlighting the best fan-built LEGO creations is the numerous occasions to watch and re-watch the most spectacular movie scenes. Star Wars: Episode VIII – The Last Jedi treated us to a whole bunch of fascinating battle scenes and visual effects, but I’ve totally forgotten how good the opening scene is. A great thank you to Mirko Soppelsa for giving us an unscheduled reason to enjoy the heroic deeds of Poe and Rose with this jaw-dropping model of an MG-100 StarFortress bomber. The build counts almost 5200 LEGO pieces and stands over 25 in/64 cm high. What a monster! 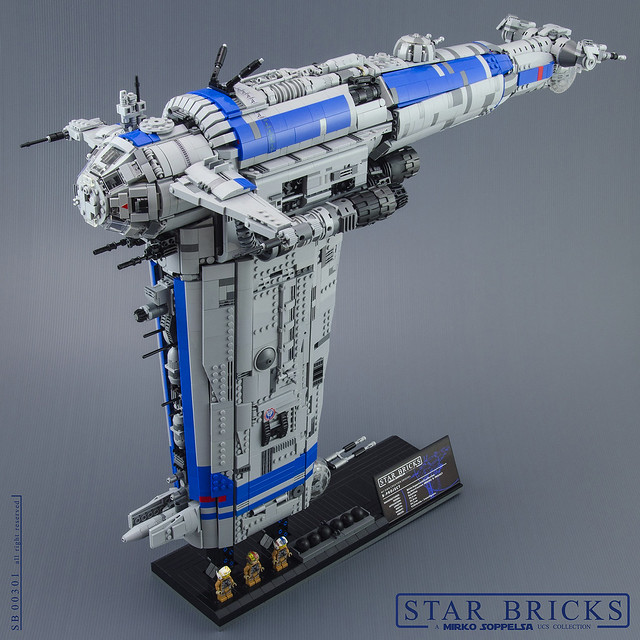 Mirko spares no details throughout the huge build, with detailed turrets and engines as well as greebly details all over the surface of the ship. 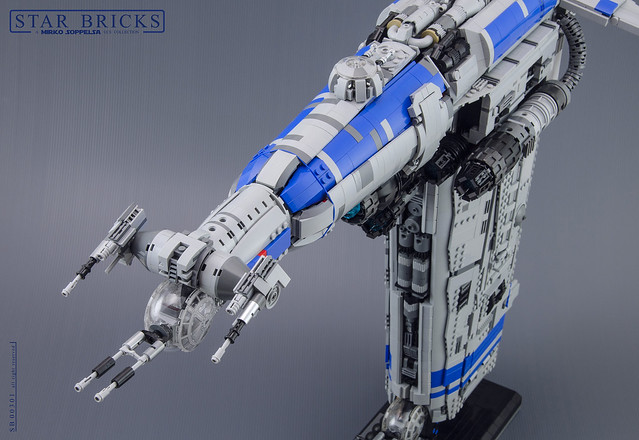 The builder has even created a detailed interior, including the bomb bay where Rose’s sister Paige finally manages to release the payload and destroyer the First Order dreadnaught Fulminatrix. 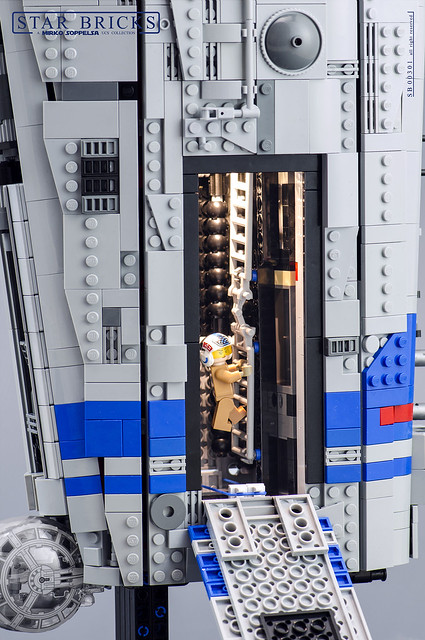 The cockpit is no less detailed, swinging down to reveal the bombardier’s station behind the pilot’s seat. 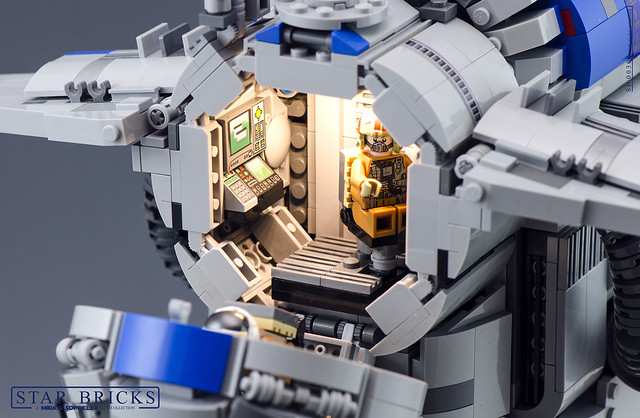 The bomber’s presentation is also second-to-none. The stand serves as a display for the whole crew, but it looks like Mirko hasn’t managed to get his hands on the new Finch Dallow minifigure to go with the rest of the crew from the much smaller official set, 75188 Resistance Bomber. 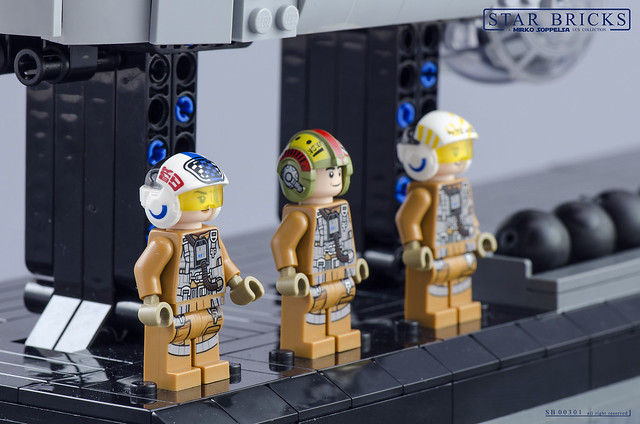 The side view with the display stand shows just how enormous the fighter is! It’s also remarkable how well it holds up on the display stand with only a few Technic beams inserted into the bottom of the bomber. 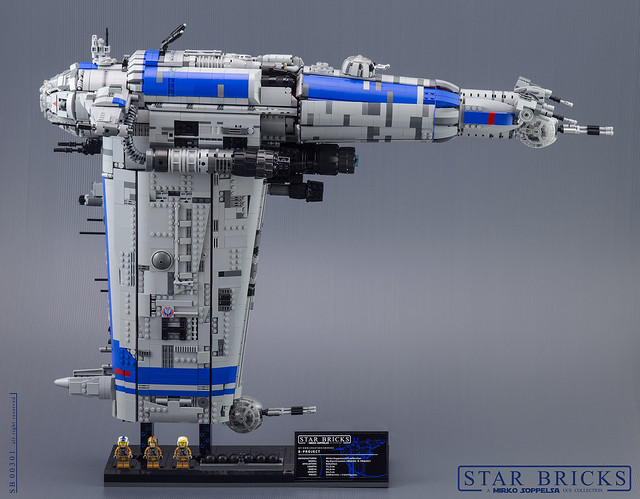