Welcome to Day 18 of our LEGO Advent Calendar countdown. Each day, we’ll reveal the three mini-builds from the LEGO Star Wars, LEGO Friends, and LEGO City 2018 advent calendars along with commentary from The Brothers Brick team. 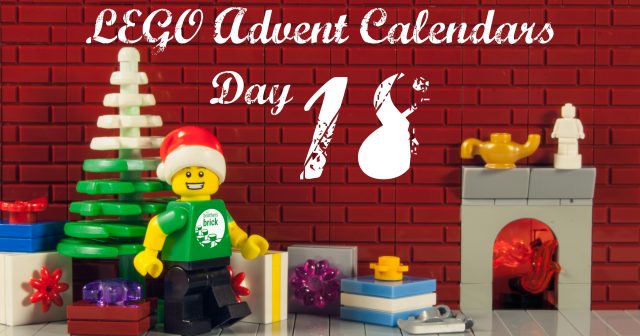 For Day 18, we have a First Order TIE Fighter from Star Wars, a fireplace ornament from Friends, and truck from City. 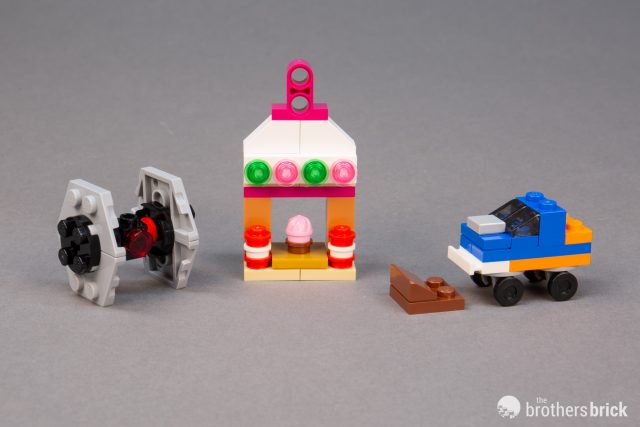 Dave: My favorite build today has to be from City. Yes, the wheels are small, but it is just such a spot-on mini version of 60180 Monster Truck. Too cute. And in my mind the Friends fireplace is actually an Easy-Bake Oven. And nothing can top the TIE Interceptor from the 2016 LEGO Advent.

Edwinder: Finally a Star Wars vehicle that I can instantly recognize. I love the tiny monster truck! It works for me. A cupcake in the fireplace? I’m not feeling that at all.

Andrew: Another mixed bag. The First Order Special Forces TIE Fighter is a great miniaturized version of 75101, but the Friends build is odd — maybe it’s an oven without a door rather than a fireplace?

Chris: That TIE Fighter is solid, though it’s one of quite a large gang of microscale TIE Fighters and it’s not the best. It would have looked a lot better with 2×2 round tiles on the wings instead of plates. And are we sure that’s a fireplace and not a bowling alley? And the truck… well, the proportions make it look like one of those really cheap toy monster trucks your aunt would buy you when you were five years old. You know, the kind that’s so cheap even the dollar store raises an eyebrow at the quality?

Rod: The body of the truck is fine, and I get where they were going with the raised suspension, but those wheels are just too small.

Luka: It is a rare sight when the Friends build is more sci-fi than the Star Wars one. A pink cupcake fire in a fireplace with neon colored lights? Sign me up!