LEGO released nearly 800 sets this year, and The Brothers Brick has so far reviewed over 120 of them — that’s more than two reviews a week over this past year. But now we’re winding down the year and looking back on 2018, with just one week left until the end of the year. LEGO’s free shipping offer ends tomorrow, so as you wrap up your holiday shopping, here are a few of our favorite LEGO sets released this year. 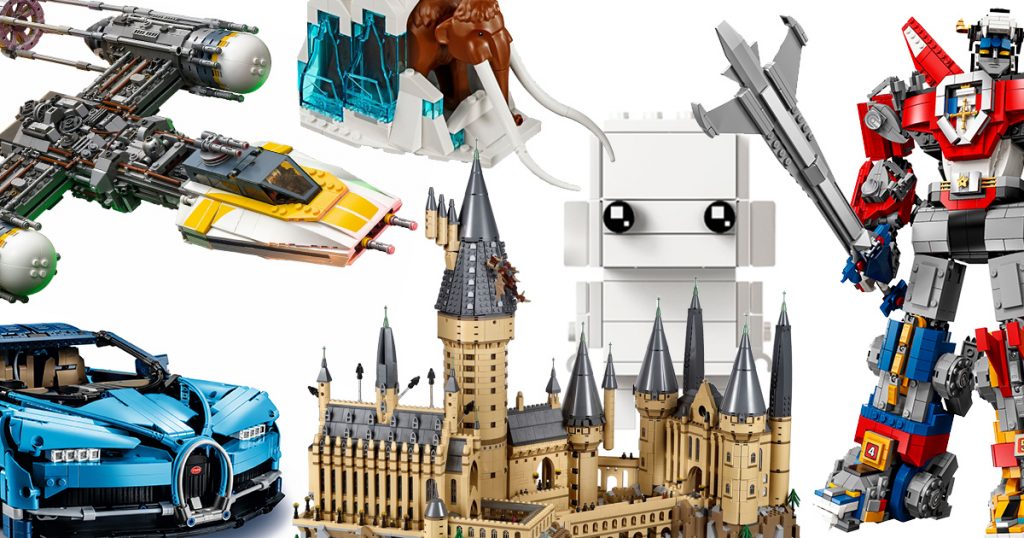 And for some extra goodness, don’t miss our list of the best LEGO sets of 2017 (many of which are still available).

Even though Solo: A Star Wars Story was the first Star Wars film generally considered a box office disappointment (grossing “only” $393 million worldwide), the movie did result in a number of excellent LEGO Star Wars sets, spread across two waves in 2018. The first wave released ahead of the movie gave us a shiny new Millennium Falcon while the second wave provided all of the components of the Vandor train heist scene. One of the unexpectedly fantastic LEGO Star Wars sets from the first wave was 75209 Han Solo’s Landspeeder, which includes 345 pieces and two minifigs for an affordable $29.99. Gorgeous in dark blue, the speeder includes an amazing number of play features, though sadly the actual vehicle only appears on-screen briefly, without any of the play features included in the LEGO set. 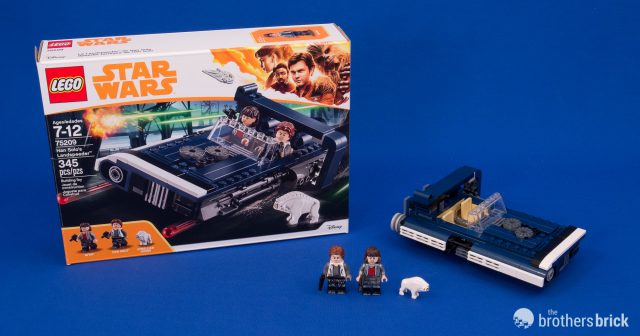 TBB Editor-in-Chief Andrew nearly fell over himself when LEGO announced that the next LEGO City sub-theme would feature mammoths, saber-toothed cats, and other extinct “Pleistocene megafauna.” LEGO builders use huge and unlikely exploration vehicles in bright orange to crack open blocks of ice containing the creatures. 60195 Arctic Mobile Exploration Base is the largest set in the line, with 786 pieces for $119.99. Although the large, expensive-to-produce mammoth reduces the preferred parts-to-price ratio, this is the only set that includes the noble proboscidean. The vehicles themselves include lots of fun play features and some rather innovative building techniques. 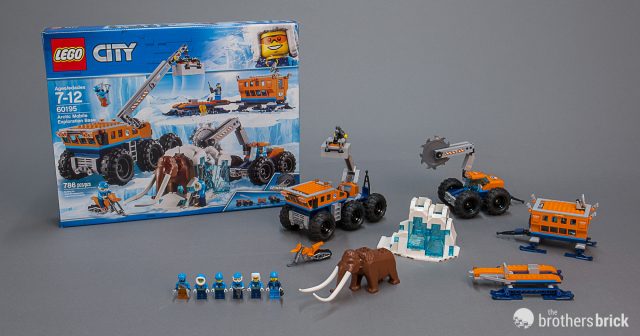 LEGO Harry Potter returned in 2018 with several waves of new LEGO sets, including a complete range of Harry Potter and Fantastic Beasts Collectible Minifigures (71022). We were disappointed that LEGO chose to make the Percival Graves minifigure artificially scarce by including only one in a case of minifigs, but the selection of 22 minifigs themselves proved to be excellent, with brand new wands in a variety of colors and new “bendy” short legs for teenage characters. Many of the characters also provide parts useful in lots of different contexts, from historical scenes to fantasy, and at $3.99 each it’s tempting to buy multiples of several just for the parts. Released this summer, they’re scarce today, but if you can find them they would make excellent Christmas stocking stuffers. 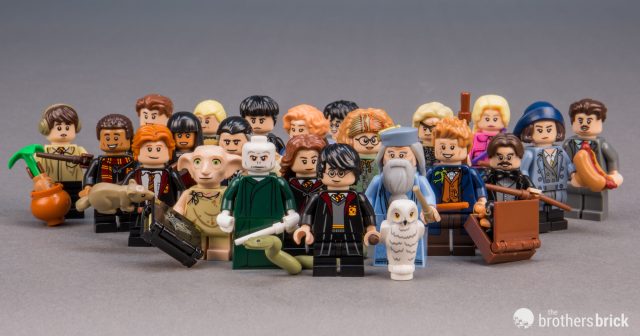 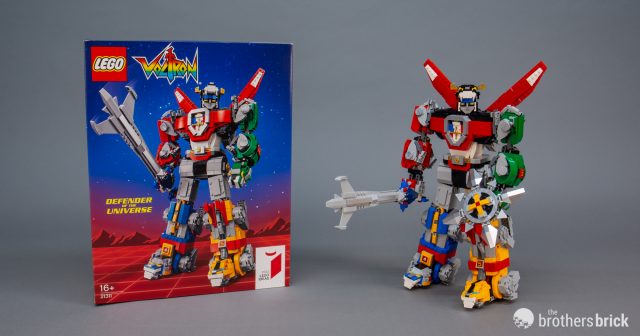 The transforming action was remarkably well executed, though we would have liked to see the inclusion of pilot minifigures.

The LEGO Speed Champions line continues to impress us with innovative building techniques and interesting parts packed into tiny little vehicles. 75888 Porsche 911 RSR and 911 Turbo brought us two iconically curvaceous European supercars. As we put it in our original review, “If you’re a fan of Porsche, then getting two of the brand’s most well-known cars in a single set is pure joy.” At $29.99 for 391 pieces, the set is also a great value — especially for all that lime green. 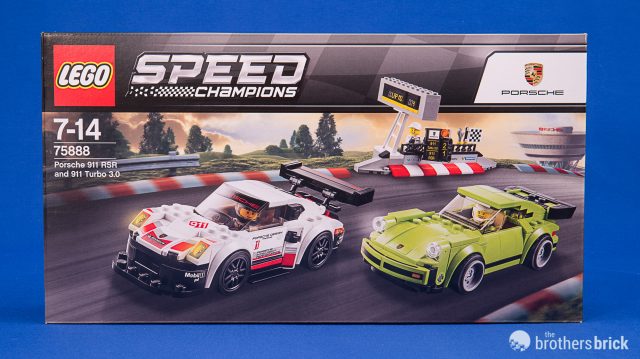 Our best LEGO sets of 2017 list included the Y-wing from Rogue One, and another Y-wing makes this year’s list as well — 75181 UCS Y-wing Starfighter. At $199.99 for 1,967 pieces, it’s not quite the screaming deal that the Rogue One Y-wing was (still frequently available discounted on Amazon), but it’s easily the most detailed and most accurate LEGO Y-wing, and makes this list for some of the same reasons that Han Solo’s landspeeder is on this list — realistic, “lived-in” details, interesting color scheme, fun play features, and an incredibly sturdy construction. 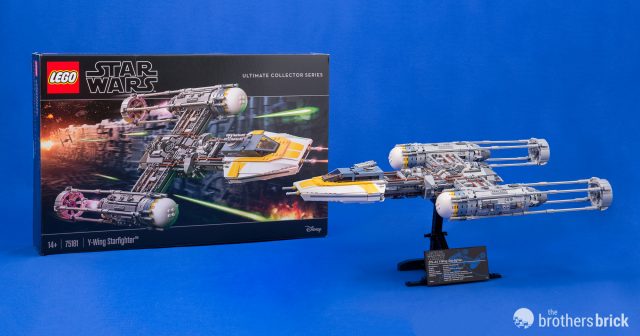 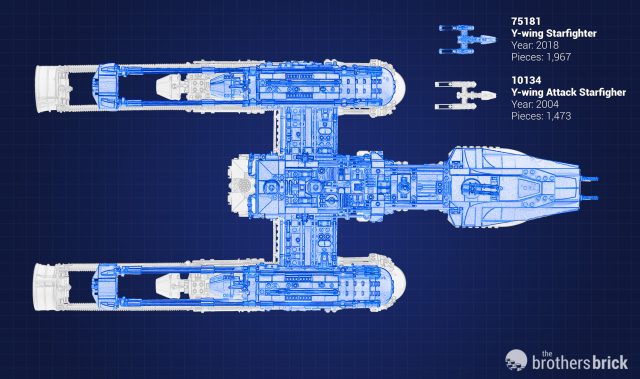 Unveiled at a special press event with Bugatti executives in Billund, Denmark this summer, LEGO Technic 42083 Bugatti Chiron is the latest in a fairly new line of LEGO Technic racecars, including the stunning orange 42066 Porsche 911 GT3 RS released in 2016. But like it’s real-life counterpart, the LEGO Bugatti isn’t cheap, costing $349.99 for 3,599 pieces. 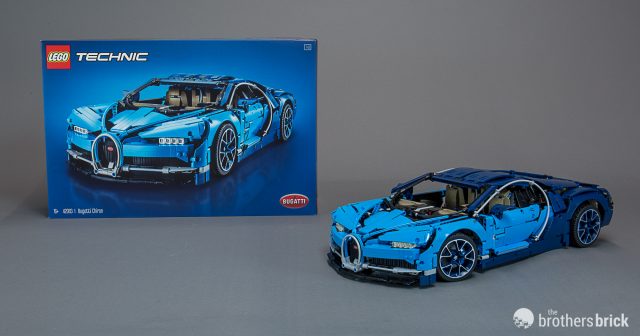 Like many LEGO Technic sets, the LEGO Chiron has a huge number of working features, which you can see in our video below.

LEGO introduced a new roller coaster system late last year in 70922 Joker Manor, but it took six months into 2018 for a truly complete system to be released as part of LEGO Creator Expert 10261 Roller Coaster. Clocking in at 4,124 pieces for $379.99, 10261 isn’t just a simple demonstration platform for the new roller coaster system. There are innovative building techniques, fun play features, and great minifigs throughout, resulting in a completed roller coaster that was as fun to build as it is to look at and play with. 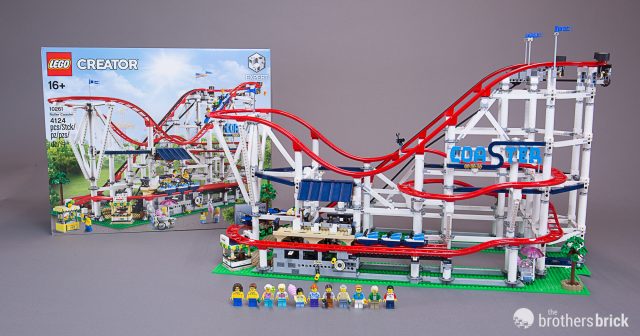 When fully motorized with the LEGO Power Functions system (instructions are included, but the power components are sold separately), the Creator Expert roller coaster is an amazing sight to behold.

The second-largest LEGO set ever released takes our #2 spot this year. 71043 Hogwarts Castle includes 6,020 pieces, second only to the UCS Falcon released last year. While certainly not a perfect LEGO set (making extensive use of stickers that we felt were often unnecessary or even distracting), the sheer scale and level of detail achieved with some excellent building techniques makes this one of our favorite LEGO sets of the year. The $400 price tag puts it out of reach of many collectors, but if you can afford it, it’s well worth both the cost and your time during a very enjoyable build. 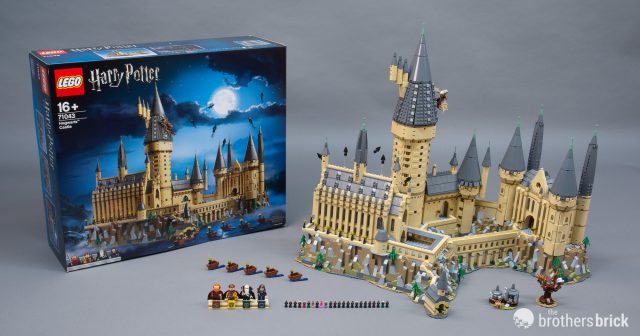 LEGO is all about creativity and individuality. While most LEGO sets provide parts to build a specific model, after which you are of course free to disassemble it and reuse the parts to create something of your own, 41597 Go Brick Me explicitly encourages customization from the start. Even if the LEGO BrickHeadz style of characters isn’t to your liking, the $29.99 price tag for over 700 pieces makes the set an absolutely screaming deal as a parts pack. 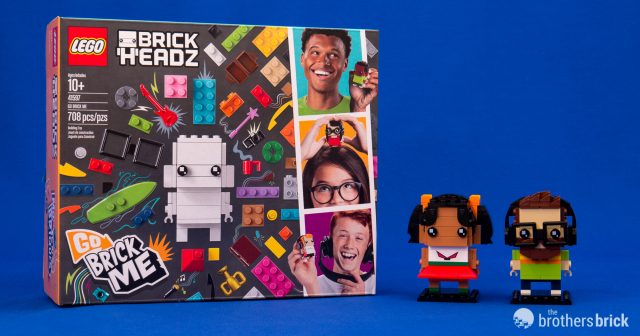 What was your favorite LEGO set released in 2018? Let us know in the comments!