Welcome to Day 13 of our LEGO Advent Calendar countdown. Each day, we’ll reveal the three mini-builds from the LEGO Star Wars, LEGO Friends, and LEGO City 2018 advent calendars along with commentary from The Brothers Brick team. 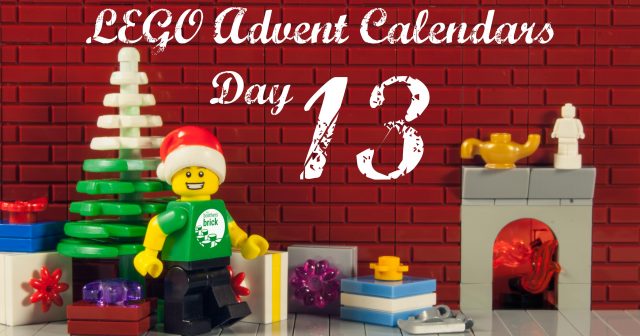 If you’re opening one (or more) of these advent calendars along with us, we’ve made sure the pictures and commentary on each day’s models will be behind a jump so we don’t accidentally ruin the surprise. Will Day 13 be routine?

For Day 13, we have an Imperial Troop Transport from Star Wars, a festive wreath from Friends, and a girl with an ice cream cone from City. 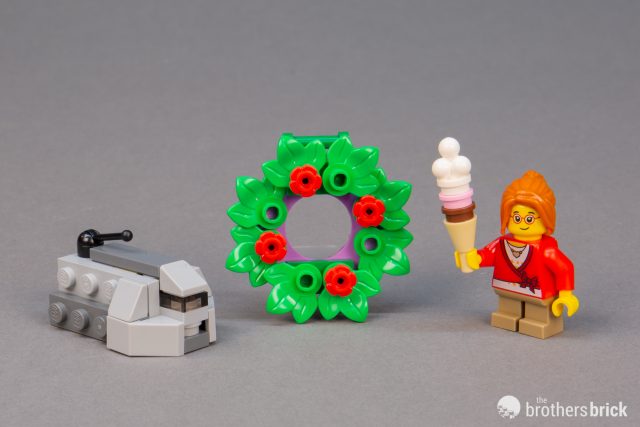 Dave: I think the mini-Troop Transport looks more like 75217 Imperial Conveyex Transport from Solo, actually. Moving on, today more than doubles the amount of those new leaves element in the Friends calendar which is awesome. For City, that red torso has appeared in the holiday advent calendars since 2010. Tradition or convenience? You decide.

Nick: The wreath is simply fantastic.

Andrew: The Friends calendar redeems itself after yesterday’s award-losing debacle. While I’m never loathe to see more from the excellent “Rebels” TV series, I was never a fan of the boxy troop transport. LEGO only ever made one set of it, the small 75078 battle pack.

Daniel: This is for sure the most impractical way to transport troops and prisoners, with compartments on the outside of the vehicle. The Friends wreath using the newer leaf element is really quite lovely, and is, in my opinion, the best ornament so far this year. For City, we see another torso that gets used a lot. It would be nice if everyday citizens got as much custom printing options as we see in pretty much any licensed IP.

Chris: The wreath is simple, but great. It would be perfect, however, if it were dark green. LEGO, can we have more of those leaves in dark green now?(Or any other shade of green? Right now you would have to buy 10261 Roller Coaster to get them in a slightly less bright shade.

Edwinder: I love that wreath! I think it’s my favorite ornament right now of the lot. Also, I’m now reminded that I need to get ice cream. #thankyouverymuch 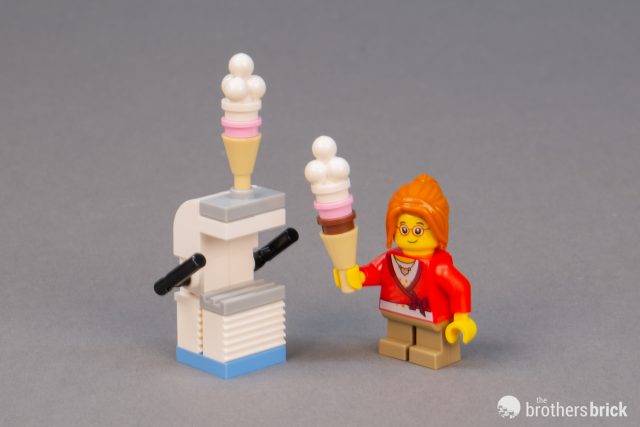 Andrew: The glasses on the girl in the LEGO City calendar are adorable (been around for a while, but most recently in 10263 Winter Village Fire Station), and I see that she’s earned herself a mountainous ice cream cone almost as tall as she is.

Daniel:  Wow, those are some tasty looking ice cream cones. Looks like the machine has already made as much ice cream as it can, judging by the size of those scoops. The Star Wars mini-figs have got to be feeling jealous around now.

Chris: I like to think the cone on top is not a decorative sign, but that she’s storing an extra ice cream cone on the top of the machine, balanced miraculously.

Dave: Ice cream for Christmas? I suppose it is still Christmas in places like Australia and Brazil. Eat your heart out, summer Christmas celebrators!