There has been a recent increase in the number of microscale city blocks in the world of LEGO creations, which could be partly a result of our 2017 Creation of the year by Jeff Friesen. Wherever the inspiration is coming from, I am thrilled to see so many builders stepping up to build in this challenging and fun scale. Here we see the 4th micro city district by Marco De Bon which is dominated by a central plaza with a massive three-tower building which would look right at home in any major city. The three separate buildings in the back have the look of luxury apartments, while the skinny shorter buildings on all four sides look like they might be low-income tenements. 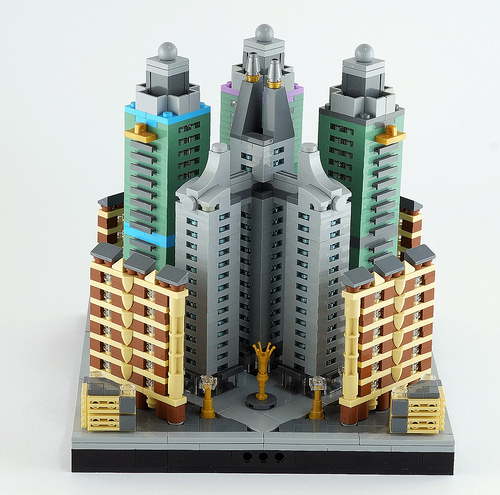 Let’s take a closer look at Marco’s other city districts as well. District 1 elegant townhomes surrounding a courtyard with a large sculpture. 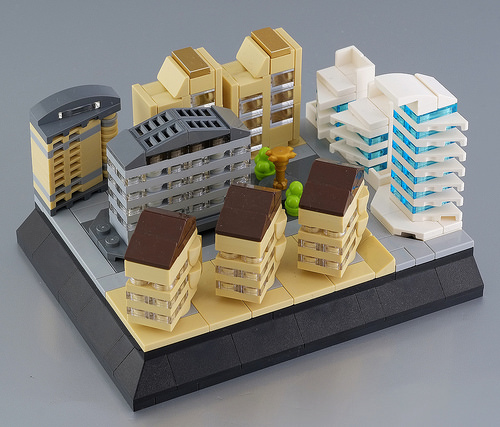 District 2 blends smaller multi-story buildings on one end with the beginnings of what could be a downtown area near the back. 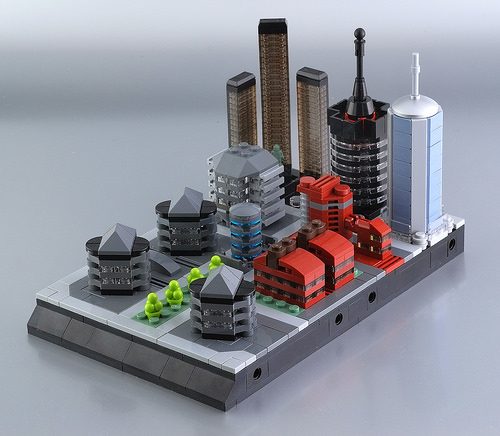 District 3 features one of the tallest buildings in Marco’s micro city. The tan color in the tall, skinny skyscraper mirrors the tan in the smaller buildings that surround a park. 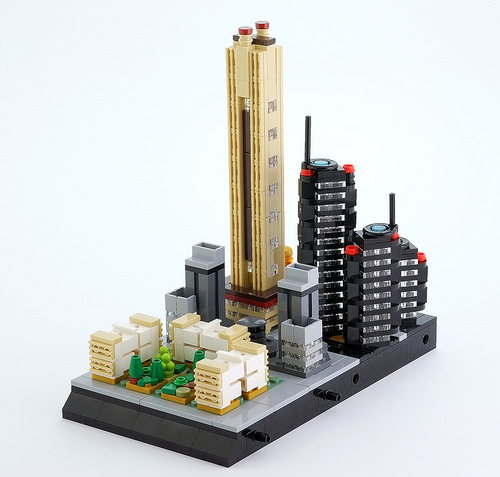