The wizarding world is back with a new Fantastic Beasts movie this fall, and with it comes a whole bunch of new LEGO, such as Newt’s Case of Magical Creatures. Over the years we’ve featured a lot of great custom Wizarding World LEGO creations here on TBB, but these vignettes by Thorsten Bonsch are among my personal favorites, capturing some iconic scenes from the first Fantastic Beasts and Where to Find Them, which was released to theaters in 2016.

The collection opens with Newt on the deck of the ship that will deliver him to New York. One of my favorite parts is the black robot arm that makes the armrest on the bench, which gives it a great wrought-iron look. 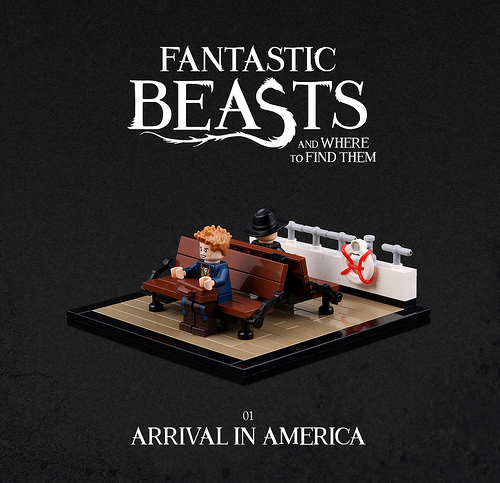 Next, there is the scene at the New York Customs station, where Newt disguises his mysterious case as an ordinary collection of mundane possessions. All of the other mini-figures in the scene are well suited to the time period. Also, this scene has some of the best floor textures I have seen in a while, including a simple 1×1 plate set upside down. 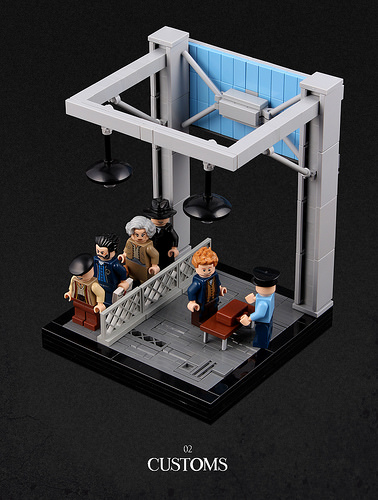 Finally, we have the first appearance of the dangerous and powerful Obscurus, a menacing manifestation of magical energy released when a young witch or wizard suppresses their power. The effect created by combining multiple angles and using overlapping plates and tiles is quite effective in conveying the destructive force. 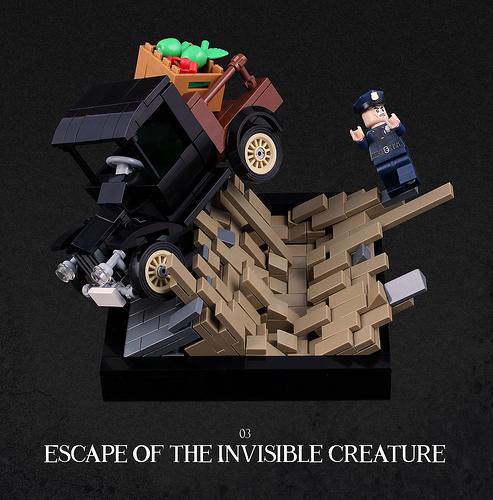 Want to see more from this builder? We featured his amazing Daily Bugle scene from Spider-Man back in May of this year.