This diorama of Spider-Man and Doctor Octopus or “Doc Ock” in battle by Thorsten Bonsch is quite stunning. The scene takes place smack in the middle of the famous fictional lobby of the Daily Bugle. What stands out is the amazing detail around the circular lobby, which in itself is quite impressive in a block-based world. 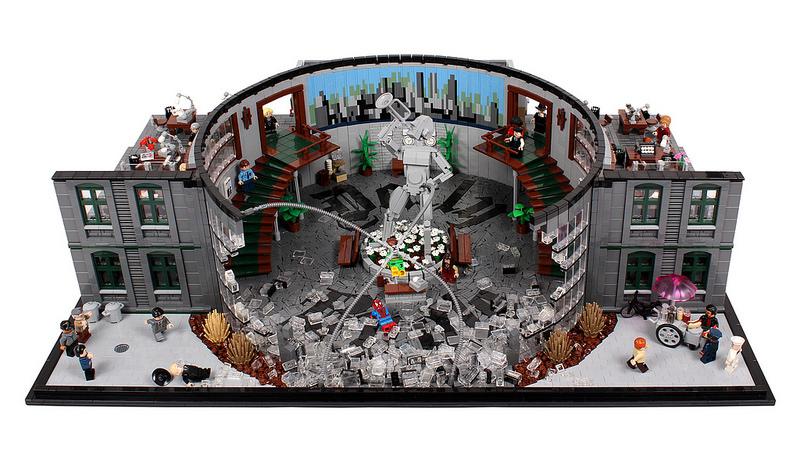 While the various parts of the office are filled with a crowd of minifigure characters paying attention to the destruction, allow your eyes to enjoy the details around the intricate build. Miniature typewriters to tiny standing coat racks just show the amount of painstaking care that went into making the scene come alive. 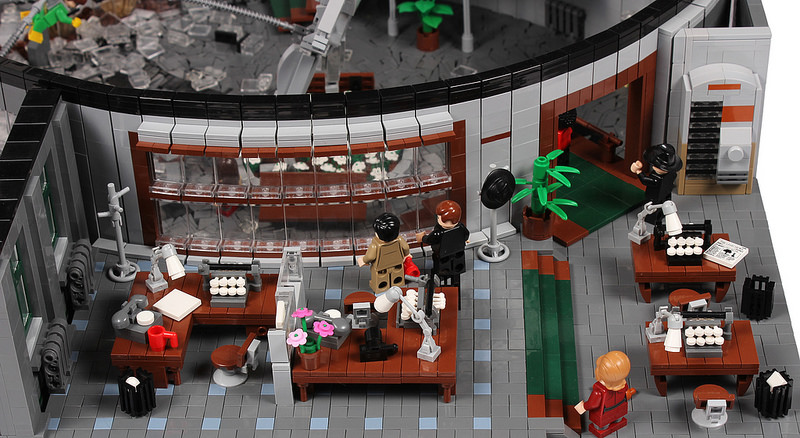 What really blew my mind was the floor mosaic, which was a 6-week build task on its own according to Thorsten. 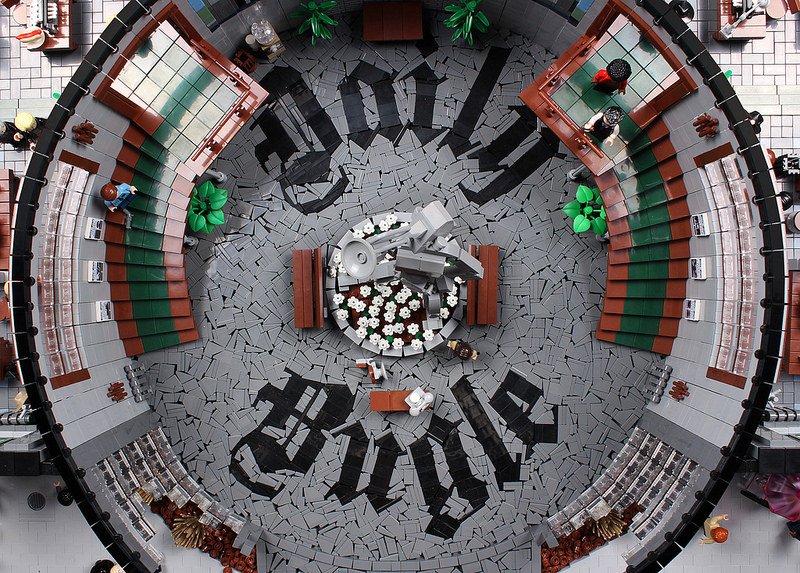 We see in action Doc smashing through the glass windows towering over our hero, and if my eyes aren’t playing tricks on me, I spy Stan Lee making his regular cameo appearance. Where are the Avengers when you need them? 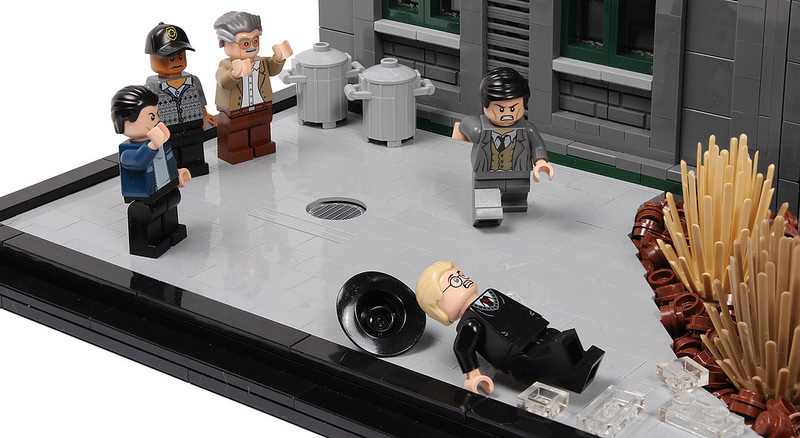