Now that the film is out, LEGO is delving deeper into the plot of Solo: A Star Wars Story, revealing three new sets on Amazon UK. All three are part of a key action scene in the movie where smugglers attempt to pull off an epic heist, but for those who haven’t yet seen the film, they’re mostly spoiler-free, as they don’t reveal much more than the trailers did. 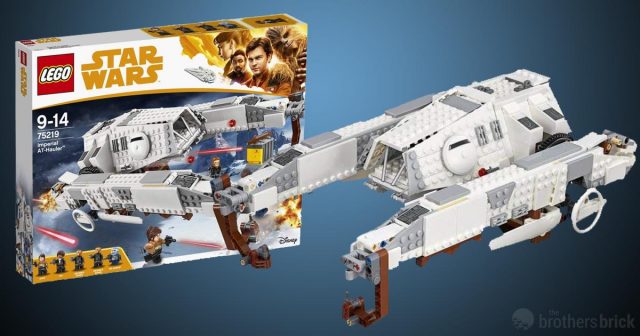 This set features Enfys Nest’s Cloud-Riders or Mauraders as they try for an easy target of coaxium. The set includes 2 speeders and 3 minifigures: Tobias Beckett, Enfys Nest, and Weazel. 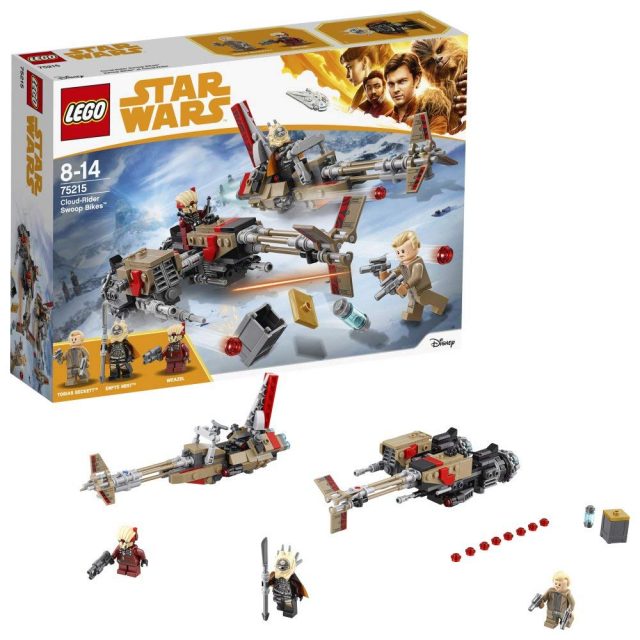 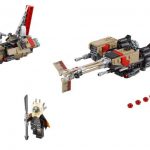 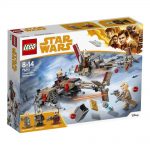 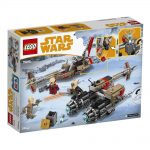 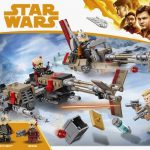 This set features the Imperial coxaium hauler with an engine and one cargo car. It trades the monorail track for a treaded track beneath the engine. It includes 5 minifigures: Chewbacca, Han Solo, 2 Range Troopers, and an Imperial Gunner. 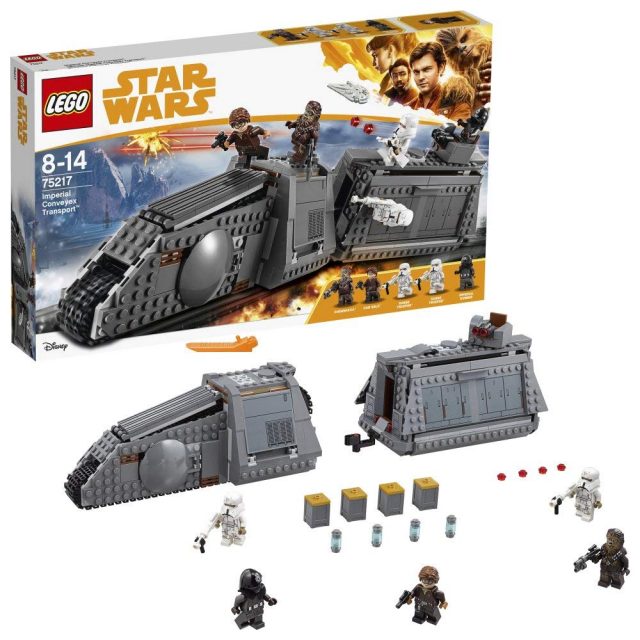 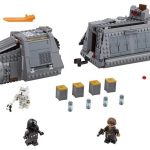 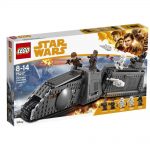 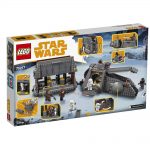 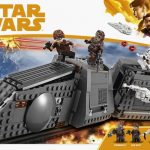 Starring Tobias Beckett’s stolen Imperial AT-Hauler, this set features 5 minifigures: Qi’ra, Val, 2 of Dryden’s Guards, and Rio Durant. The ship’s cargo arms swing to vertical for landing. In our comparison of the LEGO sets to their film counterparts, this one would surely have chalked up a mark against it for failing to include Tobias Beckett, instead including Qi’ra and Dryden’s Guards, who weren’t in this scene at all. 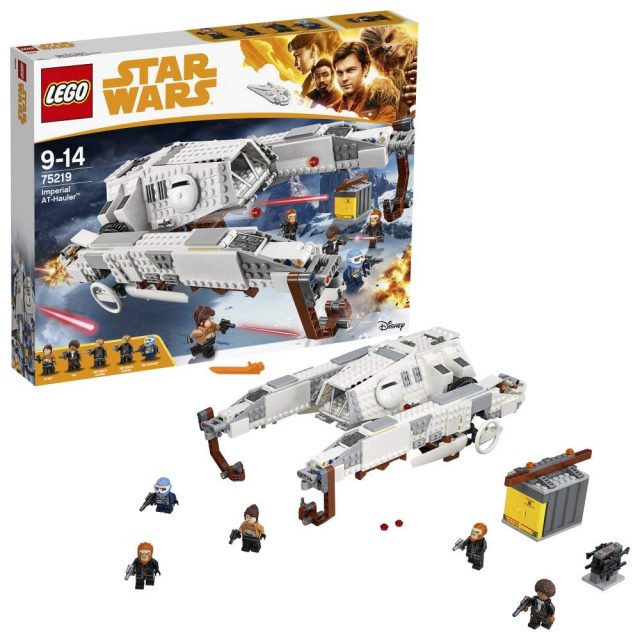 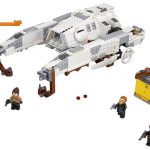 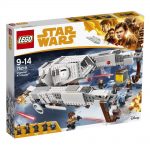 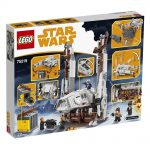 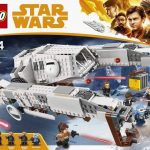