Geoffrey the Giraffe is an ungulate pushed too far. In 2016 he was turned into an official LEGO set that everyone called “creepy” and “dumb”. Now in 2018 his company is going out of business and all anyone seems to care about is what percentage discount they’ll get on the remaining stock. Well no longer. Andrew Lee has given Geoffrey what he needs to get his revenge… a mech with dual machine guns. 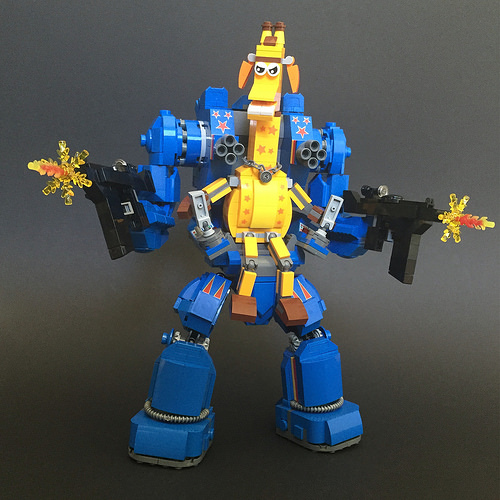 Drama aside, this joke build is actually great. I love the use of old printed pieces, especially the stars which match up with the ones on Geoffrey. The snowflake pieces on the guns for muzzle flash are nice touches, and the contrast between the colour of the mech and the Giraffe is clever. The best parts usage is obviously the new, angry eyes though.