Welcome to Day 11 of our LEGO Advent Calendar countdown. Each day, we’ll reveal the three mini-builds from the LEGO City, LEGO Star Wars, and LEGO Friends 2017 advent calendars along with commentary from our team. 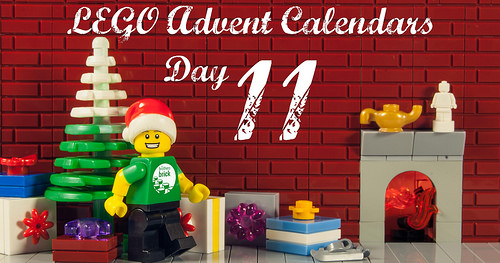 If you’re opening one (or more) of these advent calendars along with us, we’ve made sure the pictures and commentary on each day’s models will be behind a jump and posted in the evening every day, so we don’t accidentally ruin the surprise. Will we be in heaven with Day 11?

For Day 11, we have a simple snowman from City, a mini-Luggabeast from Star Wars, and a sweets stand from Friends. 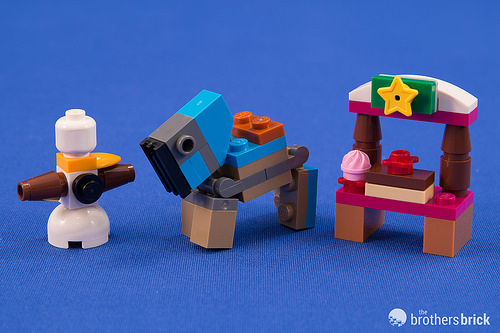 Dave: For City, I have to admit snowmen have been done better in the past. At least throw in a top hat, or even better Penguin’s new top hat from the Arctic Roller. The Star Wars mini-Luggabeast is about as small as you can go being brick-built, but I do love me some medium azure! For Friends, enough with the stands and sleds! (Can you believe this is the build with the most parts for Friends so far? I can’t!)

Luka: I have no idea why they keep changing the snowman design. It has consistently been better the past few years and there was no need to change the arms from twig pieces to cones. I am not going to say no to more pieces, but from a design viewpoint, this is a huge downgrade. As for the Star Wars model, it has many useful pieces and a very recognizable design, although the play value may be limited. The Friends surprise seems kind of boring, but I can easily imagine it being an important element of the complete calendar scenery.

Andrew: An excellent Luggabeast with some nice parts.

Elspeth: Snowman arms are not cones, they’re sticks. It’s a shame LEGO doesn’t have a reddish brown stick part… Luggabeast is awesome! I think this is a Friends cake stall and it impresses me about as much as a weapons rack.

Chris: This snowman looks decidedly windblown, with his scarf pulled straight out to the side. This is not LEGO’s strongest attempt at a snowman (out of the corner of my eye, I keep thinking it’s a penguin). The tiny Luggabeast is amazing though. I think it’s the best Star Wars model yet. And the Friends stand is adequate. That’s all I have to say about that.

Edwinder: What do you get when you cross a snowman and a Luggabeast? A colourful dressing table. Doesn’t make sense? I thought so too!! 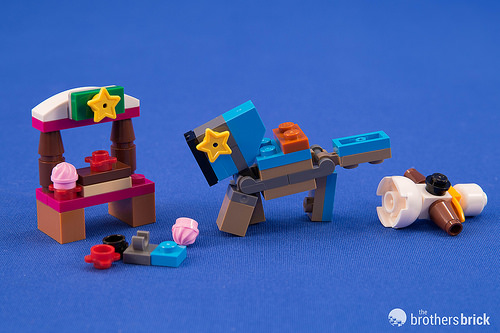 Daniel: Looks like someone’s been hitting the holiday nog.

Edwinder: The Luggabeast has made his choice… snowmen are tasteless, and a dressing table has so much more play value.

Dave: Never eat yellow snow… because it looks like there is about to be some!

Elspeth: Luggabeast has clearly lashed out after being hit directly in the eye by a falling star, you can’t blame him for that.