The Brothers Brick have been on location in Billund, Denmark to take a peek at the still-under-construction LEGO House.The Masterpiece Gallery in LEGO House is the dedicated gallery space where impressive fan-made and fan-inspired LEGO models will be on display once the house opens later this year on 28th September. This week senior designer in LEGO House, Stuart Harris, was able to reveal that the three giant models on the three podiums in the gallery will be a DUPLO dinosaur, a TECHNIC dinosaur and a SYSTEM dinosaur. 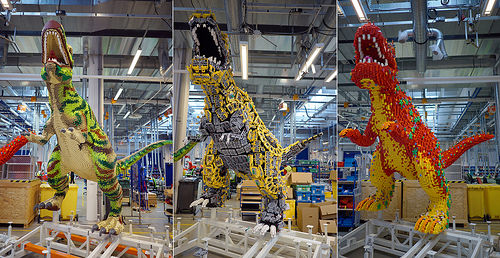 Each dinosaur is three meters tall and stands upon a 60 cm podium, representing the 3 tubes inside a 2×4 brick, which the Masterpiece Gallery is based on. 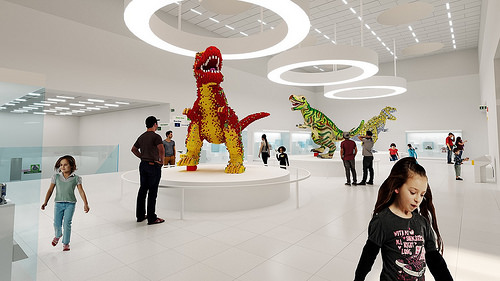 LEGO House decided to take a collaboration approach when developing the three iconic models and a group of 26 LEGO fans were invited to help give creative input on the models that would then be produced based on that creative direction by the LEGO modelshop in Kladno. Stuart Harris says: “We wanted to create some unique and breathtakingly iconic models. At the same time we wanted to create opportunities within the house to showcase the incredible creativity and diversity of the AFOL community.” 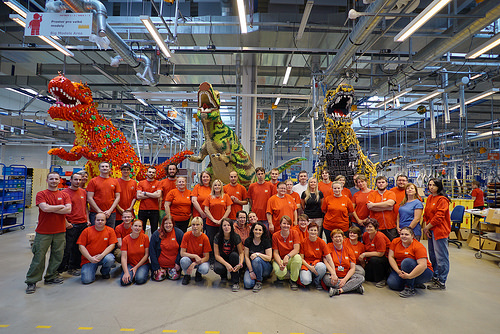 The idea was that building the same dinosaur in these three systems would result in three very different final models, to reinforce the message about the endless possibilities of the LEGO brick. Stuart also pointed out that “each of the Dinos appears to be roaring and when you look under the dinos’ right foot you can see why. As every parent knows a foot is an ideal way to discover missing LEGO bricks and it’s the same for the dinos with an enlarged 1×1 brick being trodden on.”

Take a closer look at the LEGO SYSTEM dinosaur which uses 253,274 SYSTEM bricks and is undoubtedly the model that most resembles the classic dinosaur we all know from movies and books. 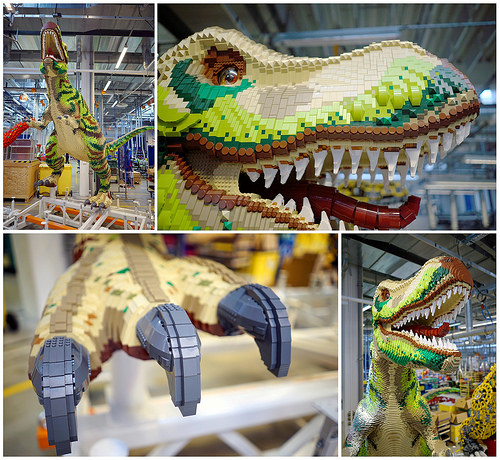 The LEGO TECHNIC dinosaur is a completely different beast, with a much more cybernetic appearance thanks to those 298, 431 Technic elements. 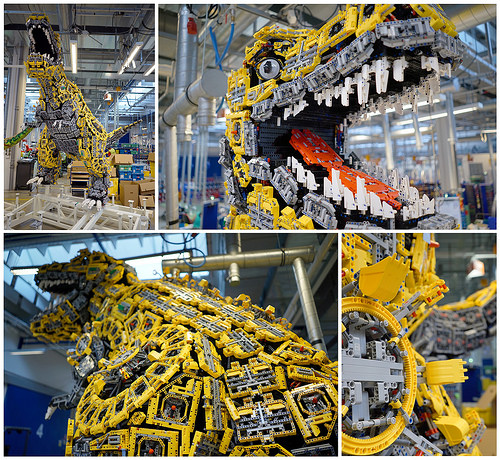 The Duplo dinosaur is not quite as ferocious thanks to the decorative flora and fauna used to add texture to the dinosaur. 50,940 Duplo parts were used, including inspired use of a turtle for the eye and bucket scoops for those claws. 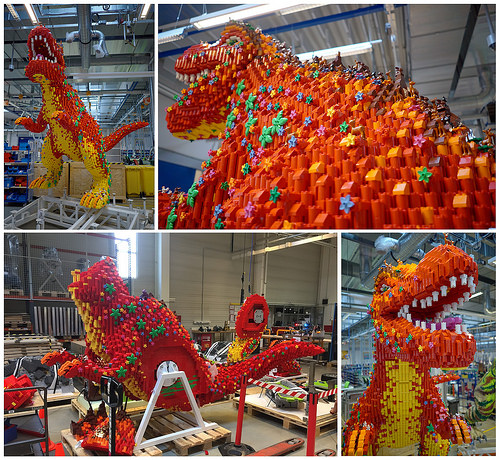 Working closely with the wider fan community of AFOL’s during the development process including the actual architecture of the house, experiences, graphics and even the names used in restaurants has been a high priority for LEGO House. Harris says: “We plan to refresh the AFOL content to allow more opportunities for fans to showcase their work and in time we’ll transition to a more open forum to source the work but for the opening we decided to hand pick suggestions made by the LEGO Ambassador Network”. At present the complete line up of fans who have been invited to showcase their work for the opening is not fully confirmed but some that we do know of have had their previous work showcased by The Brothers Brick, including Martin Redfern, Chris McVeigh, Peter Reid and Jonas Kramm to name a few.