The Industrial Revolution began in Britain in the late 1700s and saw a shift from manufacturing within people’s homes, using hand tools or basic machines, to powered machinery, factories, and mass production. Factories and steam locomotives were signature developments of the times. Toltomeja has used both of these icons of the industrial revolution in his LEGO diorama. There’s a large factory with tall chimneys emitting clouds of smoke (the part used is the cloth spider’s net) and a steam train loaded with coal. The bridge and the factory are very nicely put together, but it was the brick-built lettering and the little horses and carts that really caught my eye. 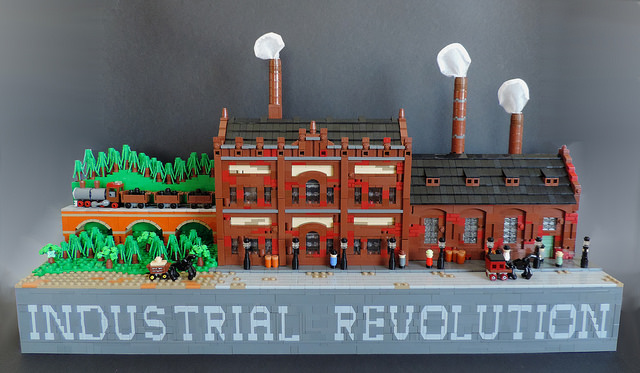 The steam locomotive is cleverly built at this scale, using a telephone handset as the coupling rod connecting the drive wheels, while a few treasure chests become the open wagons containing coal. 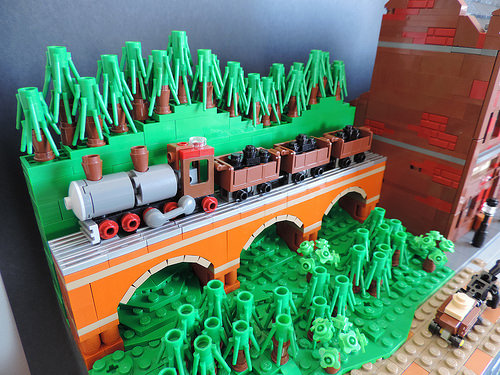