This impressive rocket by Tyler Clites depicts Tintin’s rocket in Explorers on the Moon, the 17th volume of the famous comic series The Adventures of Tintin by Belgian cartoonist Hergé. The classic red and white chequered rocket is beautifully shaped with traditional slopes, wedges and curved slopes. The jet thrust gives rise to some fantastically simple but effective smoke, maintaining the original cartoon feel. 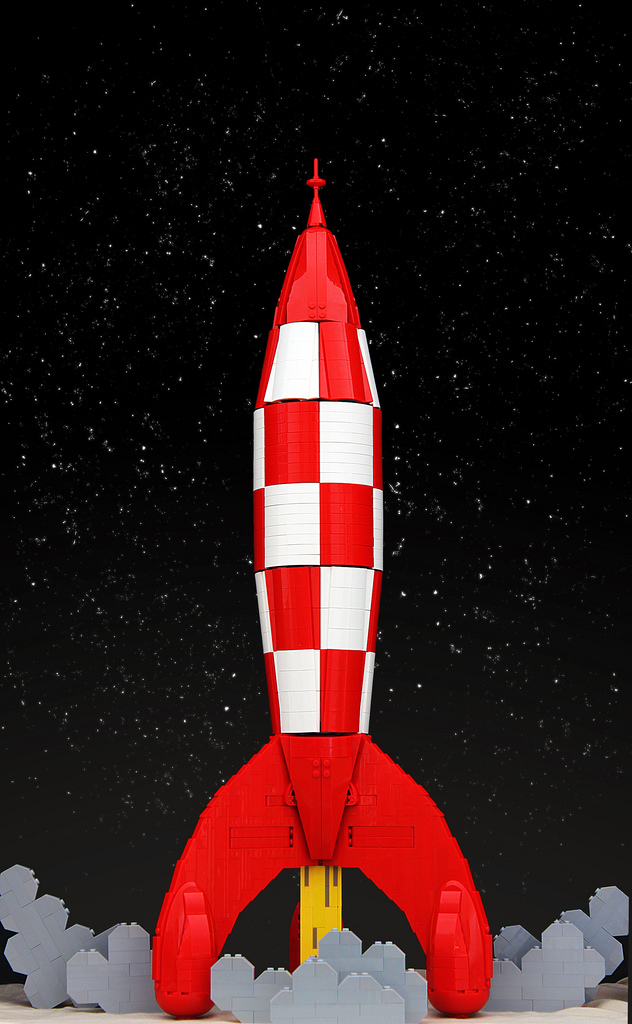 There is also a detailed interior allowing the construction of this LEGO creation to be admired. Tyler has used a mix of Technic and system parts to build the rocket, but you can see that the inner construction is not a hidden construction site but a functional part of the final build. 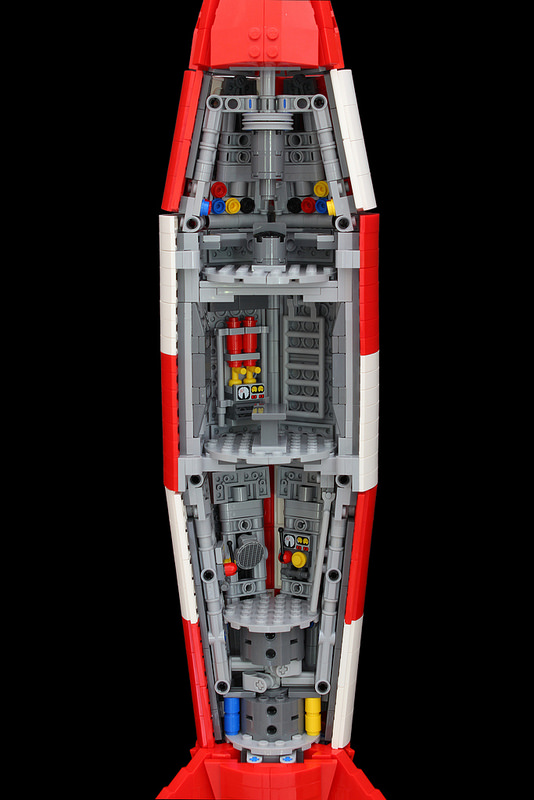 Fans of Tintin will also enjoy a previous build by Tyler of Tintin’s moon explorer vehicle from the same comic series. Tyler’s version of Tintin’s rocket is not the first time this vehicle has been featured here on TBB – Tintin’s Rocket by Gonkius was a previous, memorable version.

1 comment on “Tintin’s LEGO rocket takes off from the moon!”