A life-size, fully functional caravan trailer made entirely from LEGO bricks was presented this week at the National Exhibition Centre in Birmingham, UK, during the 2015 Motorhome & Caravan Show. 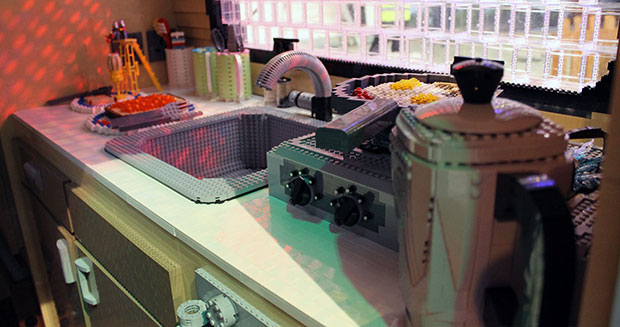 The trailer set the surprisingly specific record for “largest caravan built with interlocking plastic bricks.” The model uses 215,158 LEGO bricks to faithfully recreate all the functions of a real RV, including running water and electricity. While sadly the heating elements and stove are non-functional lest the bricks melt, the refrigerator is perfectly capable of keeping its LEGO-built food safely preserved. Impressively, even the table folds down into a functional (albeit very firm) bed, just like real caravan trailers. The caravan will be on display Oct. 13-18 at the show, then again at the end of the month for UK’s Brick 2015 LEGO convention.