Today on Week of Wonders we look at the minifig scaled SHIPs.

For a long time SHIPs (Seriously Huge Investment In Parts) had a pretty specific definition. Not only were ships to be 100 studs, but they were almost always minifigure scale with interiors. With SHIPtember some builders have lost sight of the minifigure scale and have built a wide variety of amazing microscale ships. But there’s still something magical about building minifig SHIPs, harking back to our childhoods, where the dream was to build not just a big space ship, but one where there was room to play with our minifigs!

Today we celebrate the minifig populated SHIPs from SHIPtember.

Adam Dodge (Dodge…) has a bit of history of going overboard, from winning awards at cons to doing the infamous SHIPhatTrick – building 3 SHIPs in one month. But his Intercept Invader is the set I would have loved as a kid: 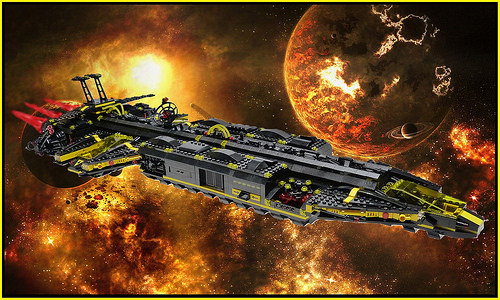 Not only is this SHIP big, it has a full interior and most jaw dropping of all, is completely modular and reconfigurable! That by itself earns Adam big props from me. 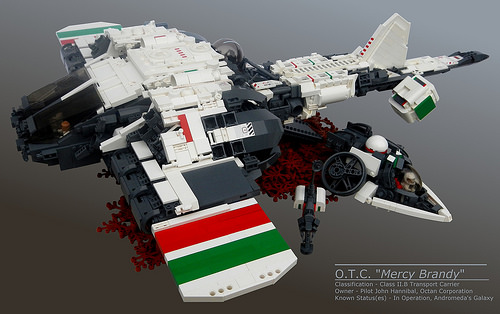 It’s built and textured like a lot of other microscale ships we’ve seen, but it’s deceiving with a fully detailed bridge: 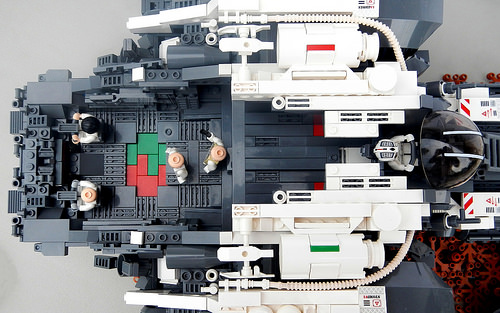 I particularly like the classy brick built Octan logo.

Not to be outdone, Jake (Jayfourke) has jam packed the inside of his Thames-Class Coastguard Patrolboat: 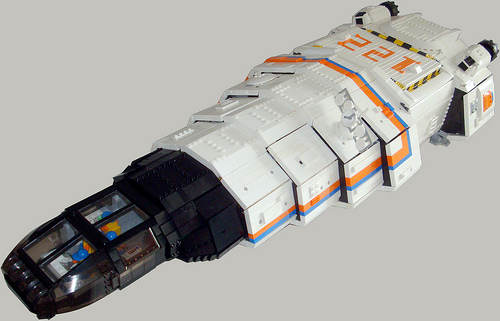 Not only has Jake added a full interior, but he’s managed to have not one, but two vehicles safely docked inside.

I don’t know about other people, but next year, I want to build a big minifig SHIP.