The cityscapes from the Architecture series do well to capture individual landmarks with detail; this is true. And while this is an excellent way for LEGO to save on bricks, builders like Samuel M aren’t shy about pushing the parts limit to honor the cities they know and love. This Australian builder clocked in 30 hours of work over four months on this massive micropolis. Over 10,000 pieces were used to recreate a geographically accurate Sydney Harbour and a laundry list of landmarks. Stand-outs like the Harbour Bridge and the Opera House may be hard to miss, but Sam spent a lot of time trying to capture it all. 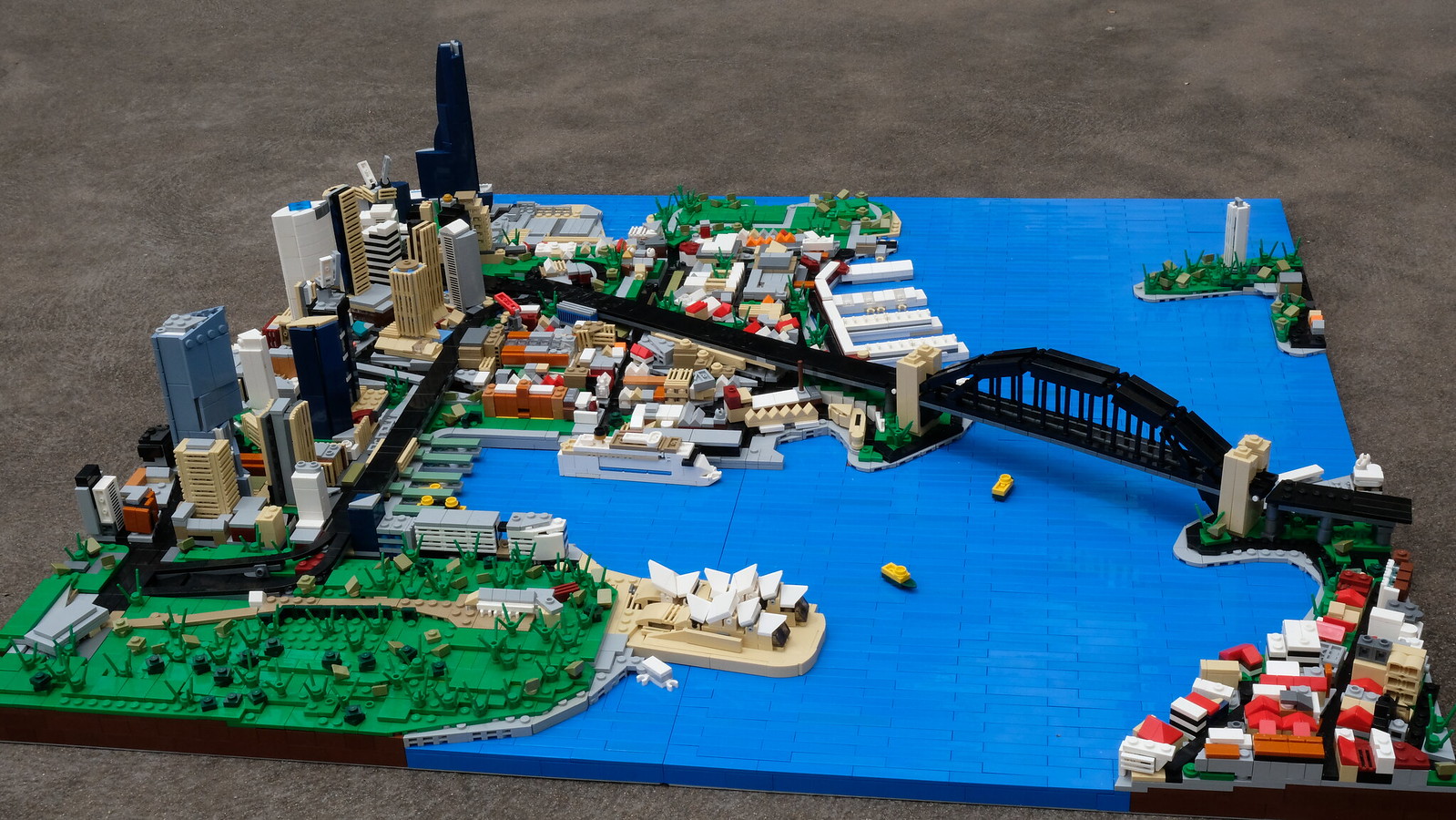 END_OF_DOCUMENT_TOKEN_TO_BE_REPLACED

Ice Planet 2002 was a short-lived LEGO Space subtheme from 1993 through 1994. The year 2002 has since came and went and we have not had manned missions to other planets, icy or otherwise. Despite the theme’s short shelf life and failure to predict history, its dynamic blue, white and trans-neon-orange color scheme captivated builders for decades to come. So much, in fact, that Aido K’s local LEGO Users Group put the challenge out to give any modern LEGO set the Ice Planet 2002 treatment. Being the consummate Aussie that he is, Aido went with the Sydney Skyline 21032 set.

Now the world has a new creation it never knew it needed but is better for it. It turns out Aido seems to like the challenge of making something out of official sets as evidenced by this previously featured creation based on the Green Lion from this Voltron set.