Even before LEGO’s recent release of 75936 Jurassic Park T-Rex Rampage, dinosaurs have been a popular subject for builders. ZiO Chao has apparently found the historically-based thunder lizards a bit too tame, though. Why just recreate a single species when you can add in a bit of mad science to remix the most fearsome aspects of three of them? ZiO has combined the raptor, T-Rex, and spinosaurus into a reptilian death machine named Spino-Tyraptor. This model is highly poseable, including some creative arm joints using pneumatic T-pieces. The head is expertly shaped, and the use of a spoiler for the tongue really works well. 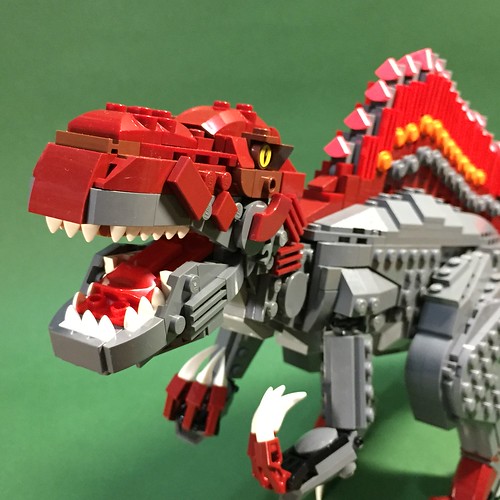 Just as nature intended, the most eye-catching part of the creature is the fin. Carrying the dark red of the head along the spine, it reaches up with brighter reds highlighted with grey and orange 1×1 round plate and capped with quarter-round coral tile. We may not know what the true function of spinosaurus’ fin was, but I’m guessing here it’s a combination of threat display, heat regulation, and wi-fi antenna. Hey, if you’re going to genetically mix something like this, why stop at what nature thought of? 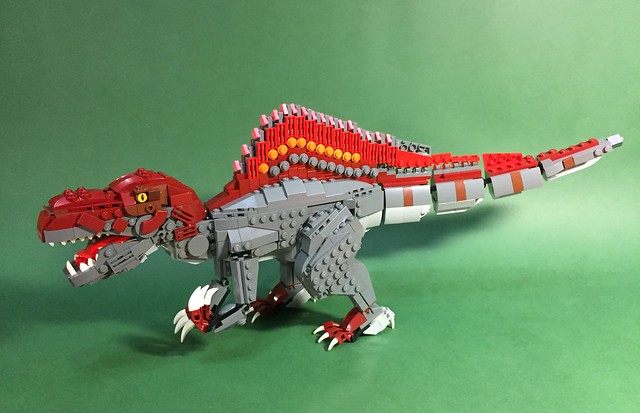 I think most of us enjoy a good dinosaur model, and ∆TMM∆ provides tonight’s Cretaceous offering. If you’re a fan of Spinosaurus, check out Mike Psiaki’s version from June of 2009. 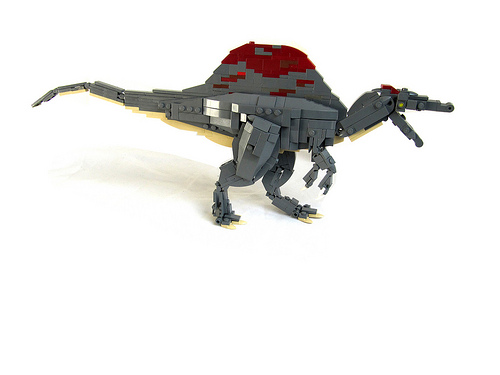