We have all known that person at some point. The one who says something and all you can do is silently give them that judging gaze. Sometimes they’re even a friend. And you love them, but man are they weird. This build by Gregory Coquelz, inspired by the writings of author China Miéville, perfectly captures that moment. Maybe it’s the slurping in the middle of a very serious Dungeons and Dragons quest. Whatever thought bubbles you give the scene, the characters and their outfits tell a great story. 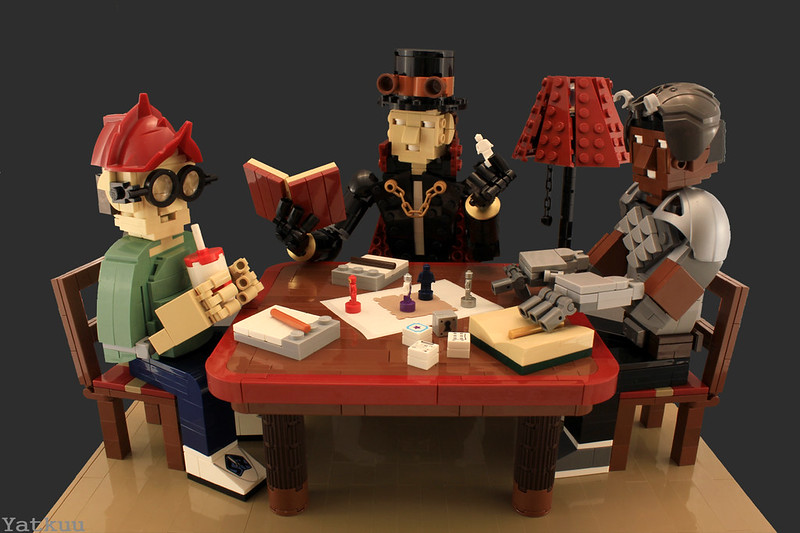 You can see more of Gregory’s work by visiting our archives.

We have been left to form our own conclusions about the meaning of this latest colourful creation by Delayice. The only potential clue given is the title, Maze of Entrance, which simply adds to the intrigue rather than offering any explanation. The medium azure waterfall was the first part of the build to capture my attention and it contrasts perfectly with the dark orange inverted slope. The texture of this inverted slope gives a pixellated feel to the build and my overall impression is that this door is part of a colourful quest, almost like a video game. 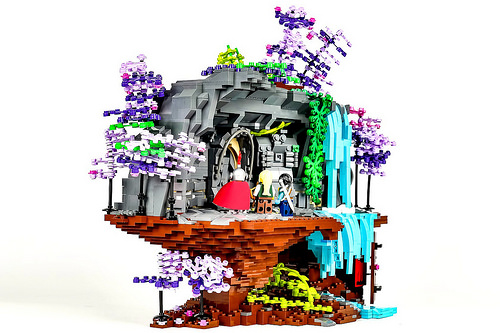 Who knows what lies beyond the doorway, but it seems that there’s a few intelligence tests on the wall to overcome before it will open.